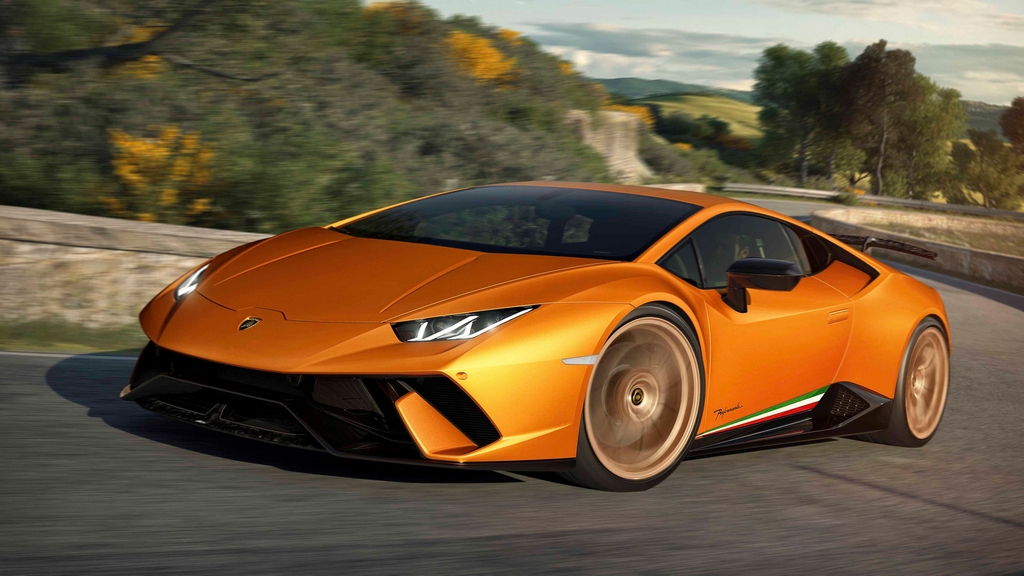 Lamborghini Huracan Performante is the most powerful Huracan yet making 640 PS and 600 Nm from 5.2-litre naturally aspirated V10

Lamborghini has launched the hottest ever Huracan for the domestic market just weeks following its global debut at the 2017 Geneva Motor Show. Priced at Rs. 3.97 crore (ex-showroom, New Delhi), the Huracan Performante grabbed the eye balls of motoring fanatics in several occasions while testing and most recently when it shattered the Nurburgring lap record.

The most powerful model in the Huracan range yet utilises the same 5.2-litre naturally aspirated V10 engine which is good enough to churn out a maximum power output of 640 PS and 600 Nm of peak torque. Weighing the performance numbers on paper, the Performante makes 30 PS and 40 Nm more than the LP610-4 Coupe. 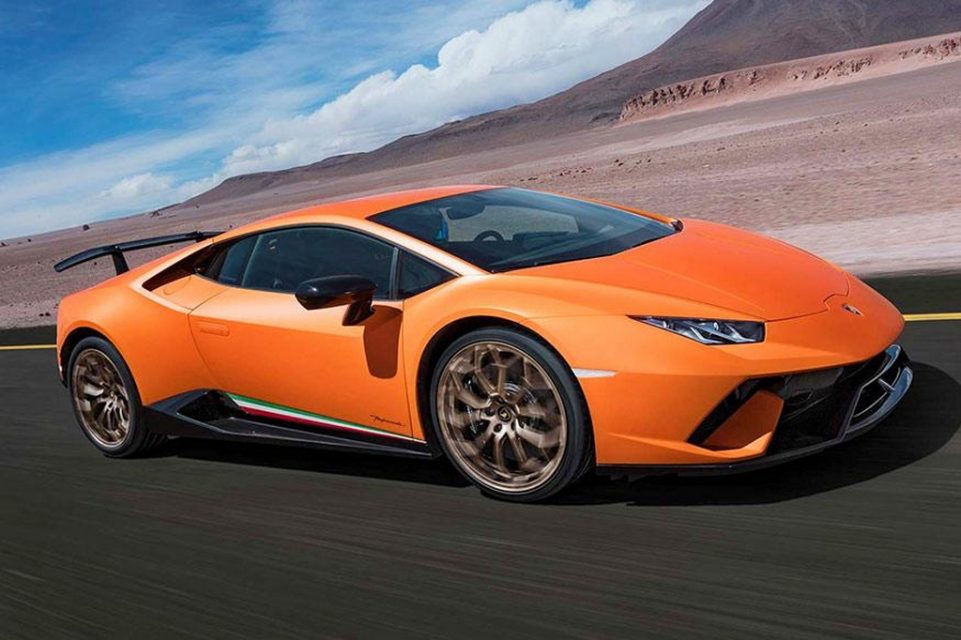 The extra numbers result in a zero to 100 kmph acceleration time of just 2.9 seconds while the sprint to 200 kmph is achieved in 8.9 seconds. Despite the top speed remaining at 325 kmph, the above sprints are dearer by 0.3 and 1.0 second respectively.

In order to make the Performante faster than other Huracans in the lineup, Lamborghini has tweaked the V10 with improvements made to the air intake system, exhaust redesign, addition of new titanium valves and air flow optimisation. Clever engineering meant the Performante also weighs 40 kilos lighter than its standard siblings. 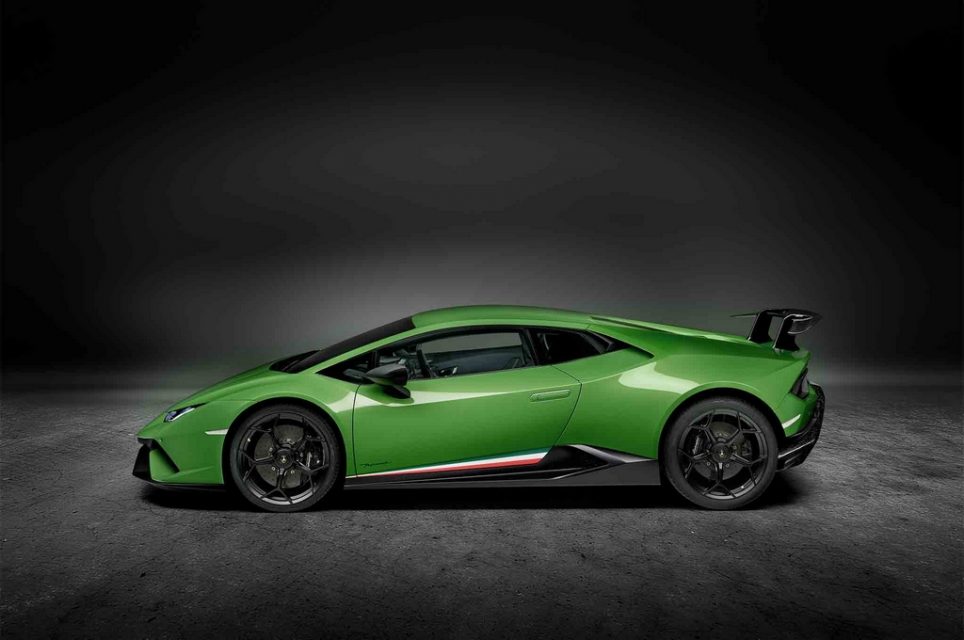 The customisable driver mode controlling ANIMA system has been revised, so has the braking system as 100-0 kmph stopping time now is just 31 metres. The spoilers up front and rear, bonnet, rear bumper, diffuser, air ducts and active flaps are all made of lightweight carbon-fire material. It rides on 20-inch alloy wheels wrapped in specially prepped Pirelli P Zero Corsa tyres. 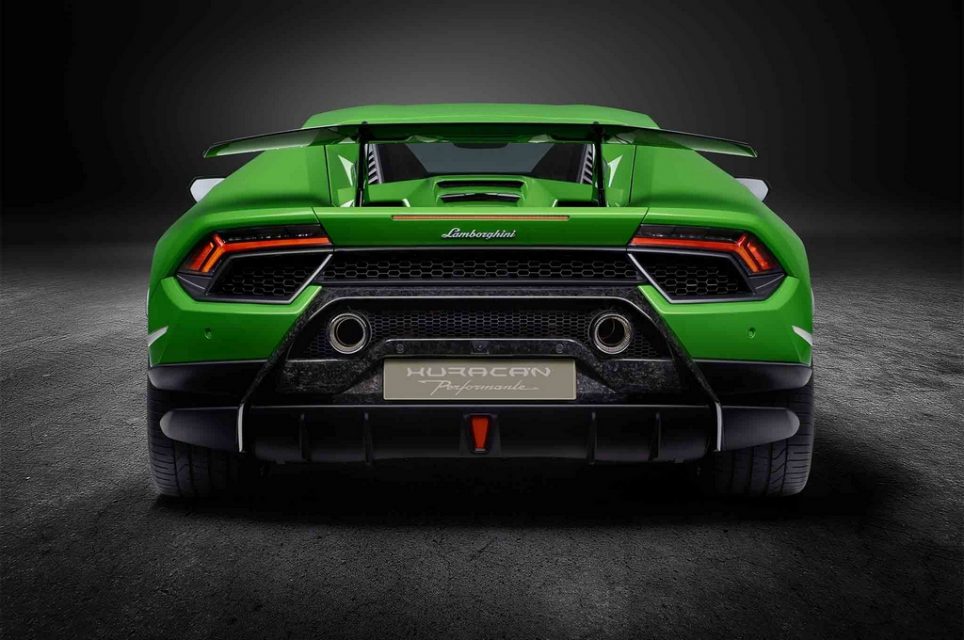 Lamborghini claims the rear wing helps in improved high-speed cornering as well as full braking by up to 750 percent in comparison to the Huracan Coupe. An antic touch you could find in the new supercar is the addition of bronze manifold that pays tribute to the 30th Anniversary of the legendary Diablo.

On the inside, the customers will be treated with dark Alcantara fabric, new digital cockpit displays, selectable driver modes such as Strada, Sport and Corsa, Apple CarPlay connectivity, composite air vents, paddle shifters, door handles and center console, etc. Each Performante can be made unique through the Lamborghini Ad Personam Program.