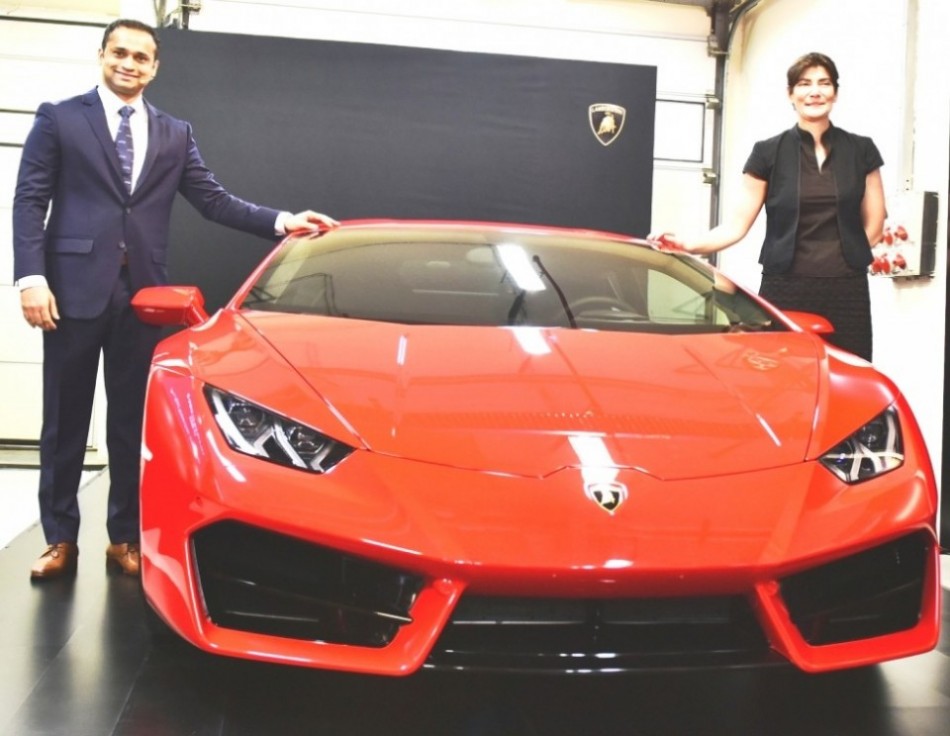 How to make an already bonkers supercar even more bonkers? In Lamborghini’s panache make it go slide around more and Huracan LP580-2 hopes to do just that!

With all the tech bits and bobs like electronically adjustable suspension and variable-ratio steering, the Huracan LP610-4 that replaced highly-ferocious and decade old Gallardo series last year was widely regarded as less ludicrous.

Taking nothing away from modern day supercars but they have gone intriguingly calculative with ever-improving electronics and focus on pure speed. When Lamborghini gave the Gallardo LP550 a striped-on, two wheel drive system to commemorate its chief test driver Valentino Balboni back in 2010, it was adored worldwide and showed a glimpse of what had been missing from the flamboyant Italian manufacturer. Ever since the Huracan came into existence as entry-level car, in a typical Lamborghini way different version followed like the track-specialised Super Trofeo and open-top Spyder. But the need for a rear-wheel drive Huracan had always been there as most of its rivals come packed with tech goodies and easily adaptable all-wheel drive systems that continuously learn where they ride on and suit to the tarmac conditions.

The Lamborghini Huracan LP 580-2 is a welcoming addition in that respect as particularly it lacks front driveshaft and all 580 ponies from the 5.2-litre naturally aspirated V10 goes to the rear wheels.

“We strongly believe that India has customers who enjoy intense driving with maximum fun, which the new offering will deliver seamlessly. This is the purist expression of Huracan till date with class leading technological refinements designed to deliver sheer performance.” Who doesn’t want a rear-sliding Lamborghini in the first place? That’s right, none! Lamborghini wastes no time in putting it into production as the LP 580-2 has been launched in our country already within three days of making its world premiere at the LA Auto Show. Clearly focused at main challengers Ferrari 488 GTB and McLaren 650S in foreign markets, the perks of two-wheel drive system mean that the LP 580-2 will weigh 33kg lighter than the standard model.

At 1,389kg it’s compares quite well with the GTB’s 1,370kg and the 650S’s 1,330kg. However, as in LP 610-4, the weight distribution from front to rear is 40:60. keeping the standard seven-speed dual-clutch automatic transmission, the selectable driving modes: Strada, Sport and Corsa are tuned to spice up oversteer attributes.

With the lack of traction off the line compared to four-wheel drive model, it can still do 0-100kph in 3.4 seconds – only 0.2 seconds shy of the standard AWD Huracan. Cylinder deactivation technology remains and the top speed is almost as similar at 320kph despite (610hp)30hp and (540Nm)20Nm in arrears to its bigger brother.

With revised front air intakes, rear spoiler lip and new ‘Kari’ rims, the set of 19-inch wheels are shod in new Pirelli PZero tyres designed specifically for rear-wheel drive configuration whilst the ECU, traction and stability controls, suspension and steering have also been recalibrated for the revised RWD setup. At 44 lakhs cheaper than LP 610-4, the Lamborghini Huracan LP 580-2 is priced at Rs. 2.99 crores for the India market.