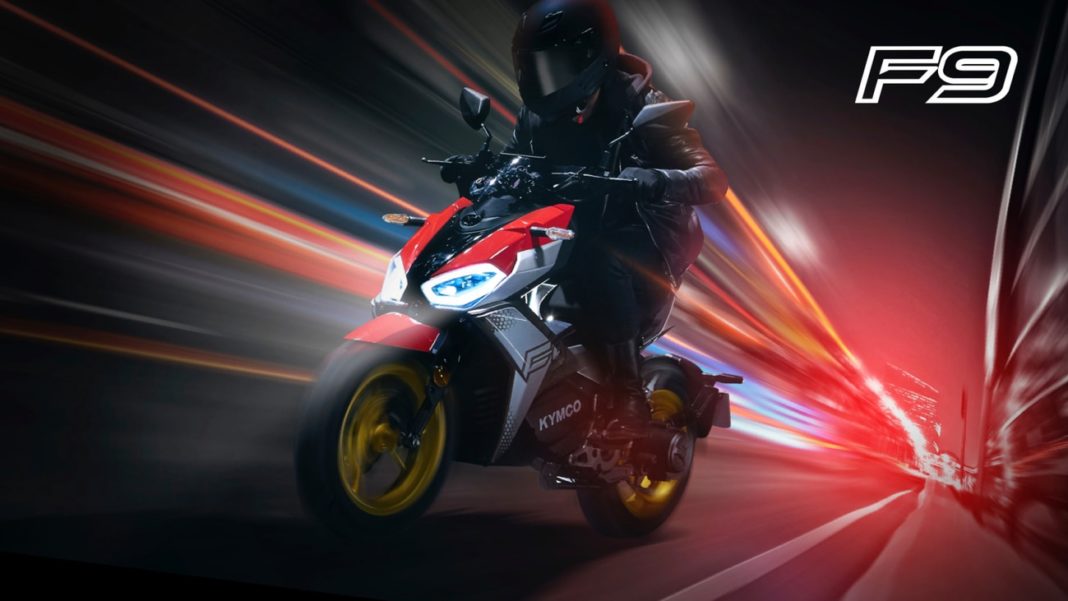 The KYMCO F9 gets a 3.84 kWh battery pack, paired to a 9.4 kW electric motor and a 2-speed automatic transmission

KYMCO, a Taiwan-based electric two-wheeler manufacturer, recently debut the F9 e-scooter globally. The vehicle is officially stated to be a “cool urban electric motorcycle”, which is “designed for street sport riding”. The 9.4 kW electric motor may not be the sportiest of the bunch, but the design does indeed look worthy of the ‘sport’ tag.

The EV indeed looks extremely sharp and sporty, and quite futuristic as well. The front end is sleek and features twin LED headlamps with integrated DRLs. Unlike a traditional scooter, there’s no floorboard here. That’s because hidden behind the side panels is the battery pack of this EV. Instead, the rider gets footpegs, like a motorcycle. In this regard, it feels more like a step-through moped than a scooter.

The KYMCO F9 gets a single seat setup, without any underseat storage. The tail section looks extremely neat though, and gets an LED brakelight. The electric motor is housed in the single-sided swingarm, and the turn-indicators are mounted on the rear tyre hugger. The e-Scooter also sports 14-inch alloy wheels on both ends, painted golden, which look absolutely brilliant.

The electric motor on the KYMCO F9 delivers a maximum power of 9.4 kW and a peak torque of 30 Nm, which draws power from a 96V, 40 Ah battery pack. The scooter also gets a first-of-its-kind 2-speed automatic transmission, developed specifically for this electric two-wheeler. This allows the F9 to go from a standstill to 50 kmph in just 3.0 seconds, and hit a top speed of 110 kmph.

The EV offers a claimed range of 120 km as per NEDC (New European Driving Cycle), and can be charged completely in just two hours via a fast charger. The handling should, theoretically, be great as well. The front wheel is suspended on telescopic forks, while the rear gets a monoshock. Braking duties are handled by a disc at the front and a drum at the rear, and the F9 only weighs 107 kg. 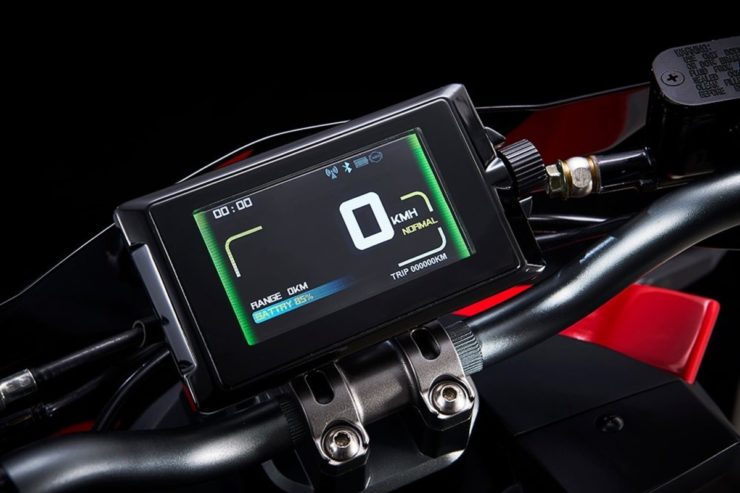 The instrument cluster consists of a colour TFT screen, but the complete equipment list is still under wraps. The pricing of the KYMCO F9 has also not been revealed yet. According to speculation, the F9 will first go on sale in the company’s home market, and later make its way to Europe. As for the Indian market, the F9’s launch seems unlikely at the moment, as KYMCO’s plans for our country have been put on hold at the moment.