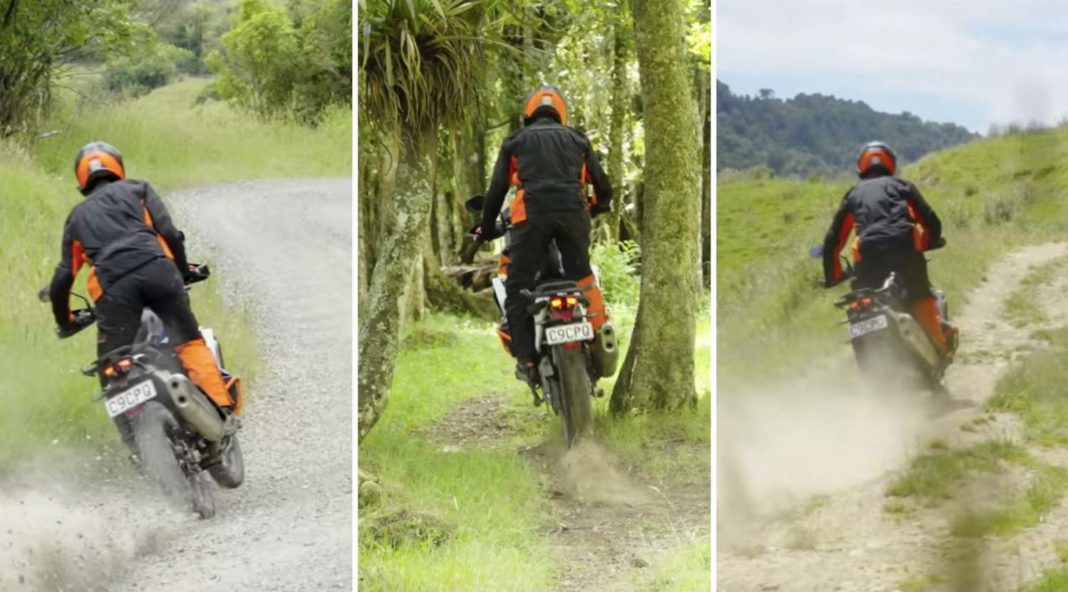 KTM’s Italy division has released a teaser image of a new motorcycle ahead of its world debut today. The video went live on February 19 as it read “ready for a new adventure! Stay tuned!”. The Austrian manufacturer has recently been expanding its adv lineup and even in India, the 250 Adventure based on the Duke 250 was introduced only a few months ago.

The 12-second long clip shows the rear portion of what looks like a dual-purpose adventure tourer and it could be from the small displacement range. With the 2021MY 390 Adventure already available in the international markets, KTM could take this opportunity to debut a 490 cc Adv, as a glaring gap exists between the 390 Adventure and the bigger 890 Adventure.

This is due to the 450 Rally Replica and 690 Enduro R not available in the Italian market. The speculations surfaced on the internet suggest that it could be a brand new dual-purpose adventure tourer – pointing the finger at the 490 Adventure. In September 2019, rumours indicated that KTM is working on a new series of motorcycles with a 490 cc parallel twin-cylinder liquid-cooled engine. Just like the other range of models, it could form an expansive range.

The 490 range is expected to give birth to a 490 Duke, a 490 Adventure, an RC 490, a 490 Enduro, and a 490 Supermoto. Except for the 490 Enduro and 490 Supermoto, the chances of the other three 490 cc motorcycles making their way to India are high due to the popularity the brand has in the domestic market. In addition, KTM is known for pricing its models aggressively while giving a long list of features.

Back in December 2020, a report suggested that the KTM 490 Duke and KTM 490 Adventure would launch in 2022. The developmental duties are carried out by Bajaj Auto at its Research & Development centre in Pune with the assistance of KTM’s R&D staff in Mattighofen, Austria. The new 490 cc parallel-twin engine is similar to the one seen on the 790 Duke and other motorcycles.

With no official information yet, it would be interesting to see what really pans out today and it might as well be the 1290 Adventure R!