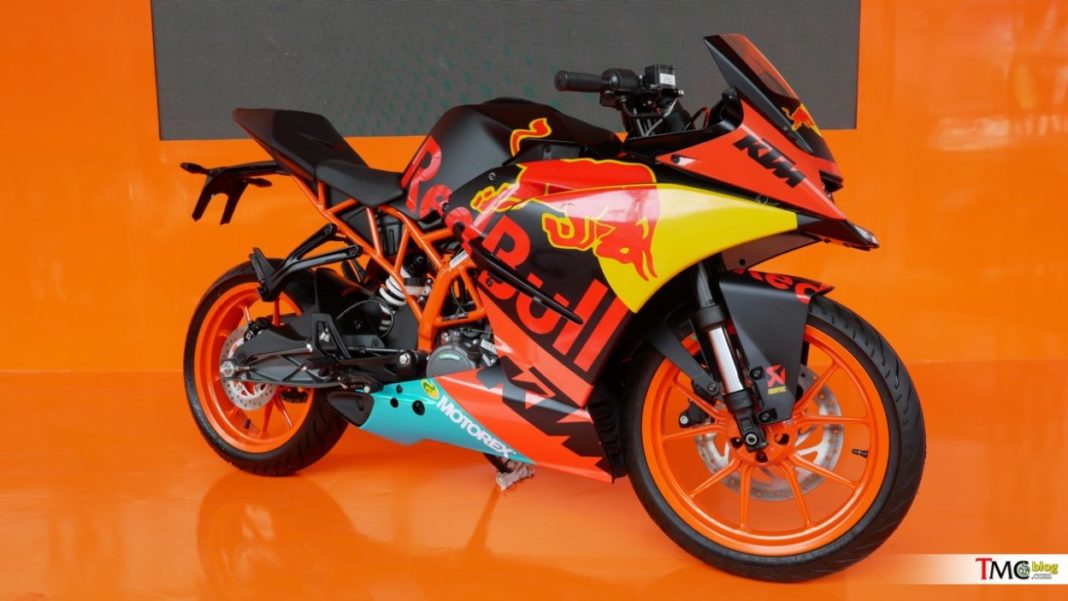 The KTM RC200 showbike featured Red Bull, Motorex and Akrapovic decals, looks striking with the Orange and Black theme of the sportsbike

A KTM RC200 adorning the Red Bull KTM MotoGP 2019 team livery was showcased at the PJR event in Indonesia. The motorcycle that was showcased at the event was spotted wearing the new Red Bull logo and branding alongside the KTM and Motorex decals (finished in Blue and white). The Bull logo, in particular, is prominently visible on the side fairing alongside the front visor as well.

Although the motorcycle showcased at the event was spotted wearing an Akrapovic decal but it still featured the same stock underbelly exhaust system found on stock motorcycle. To be quite honest, the new livery finished in red and yellow matches perfectly with the original orange and black theme of the Austrian bike manufacturer. Unfortunately, like we already mentioned this is only a showbike and KTM has no plans of launching a special edition model sporting the new livery anytime soon.

Besides the addition of the new livery, there is no other visual or mechanical change made to the KTM RC 200 though. The RC 200 showbike uses the same 199.5cc single-cylinder, liquid-cooled, fuel injection unit.