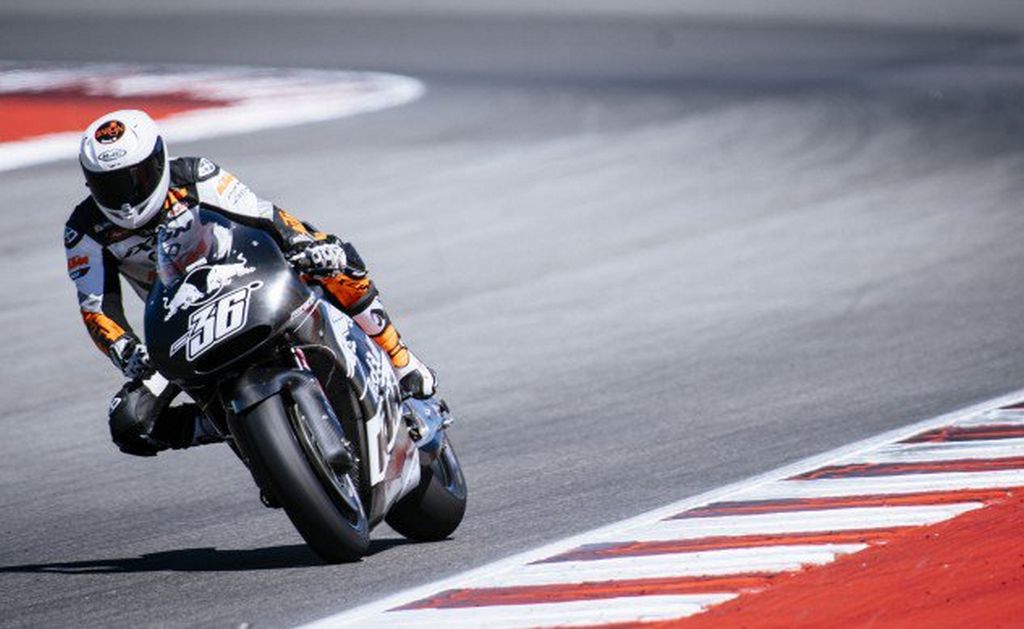 Following the official unveiling of the KTM RC16 Project for the premiere MotoGP racing class at the company’s home Grand Prix in Red Bull Ring, the factory team took to Misano circuit in Italy for the next round of track testing to hone and maximise the performance of the race bike. In a series of tests conducted so far, the latest comes as the tenth outing as development speeds up ahead of official racing debut next year.

The project first came to light at the end of October last year and soon after all the efforts are put in place as the factory team gets ready to take on the mighty and well established rivals like Yamaha, Ducati and Honda. The team visited the Misano World Circuit Marco Simoncelli at the start of May. During that time, perfect weather conditions greeted the Austrian outfit despite having to face with less than favourable track scenarios in the previous months. From Monday to Wednesday, the team had a clear track located on the Adriatic coast near Rimini with sun shining on all three days. Chief riders Karel Abraham and Alex Hofmann were joined by Mika Kallio besides the assembled competition at the circuit and they went on about getting the better of KTM RC16 MotoGP challenger in ideal weather.

KTM concentrated on hardware works again while the bike’s complete fairing, aerodynamics, ergonomics and vehicle packaging have all been assessed. KTM improved by about two seconds since their last visit to Misano but Kallio’s high-speed crash in the middle of day two did certainly hamper some more progress. With works on different ride setups and electronics, Hofmann managed to clock 92 laps in perfect conditions. The focussed set of developments on the RC16 will continue next week as the KTM MotoGP Factory Racing Team will descend on Motorland Aragon near Alcaniz in Spain, which is a completely different circuit to Misano with longer straights, for another three days testing. KTM will be pushing hard for the final bike preparations ahead of wild card entry in Valencia before making debut in Doha in 2017.