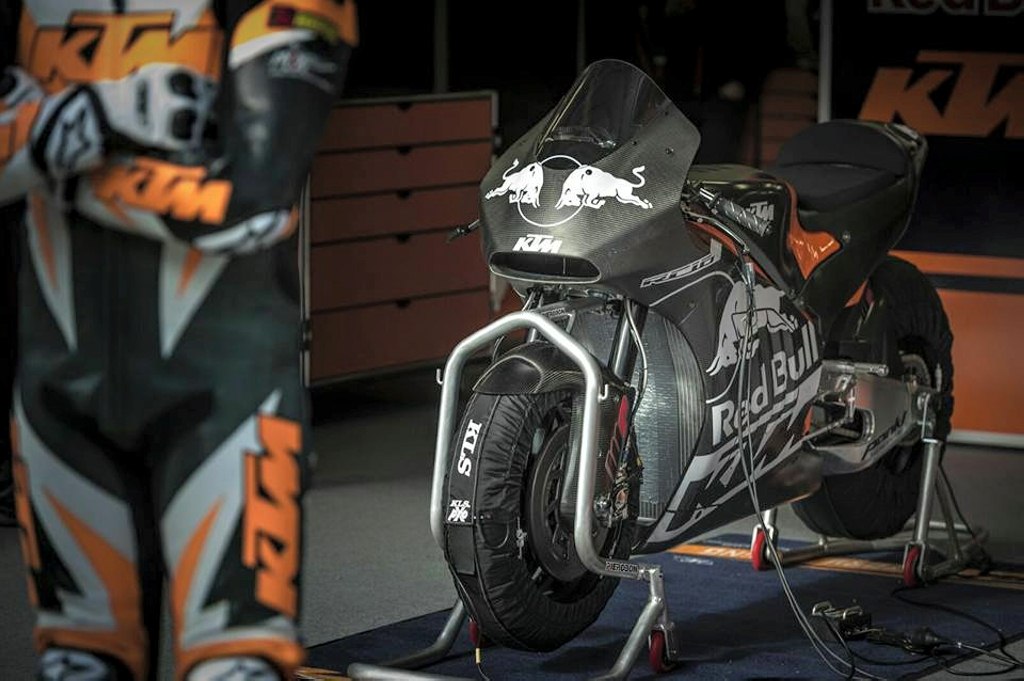 KTM RC 16 Moto GP Bike is finally here after months of speculations and years of hiatus; has a much demanded trellis frame seen after a long time in MotoGP bikes whilst V4 configuration comes as a bonus!

Thanks to Bajaj, who pumped in the money and bought 48% of the company and helped them make the most fun to ride and most profitable bikes in the entire world.

RC, Duke 200 and 390 have set the trend throughout the world winning trophies and awards. However, today the news gets even better. After more than a decade of absence, KTM is all set to finally return to the premier class of motorcycle racing, MotoGP. The Austrian company has readied the Moto GP 2017 bike and it has been spotted testing with pictures coming from the track itself. 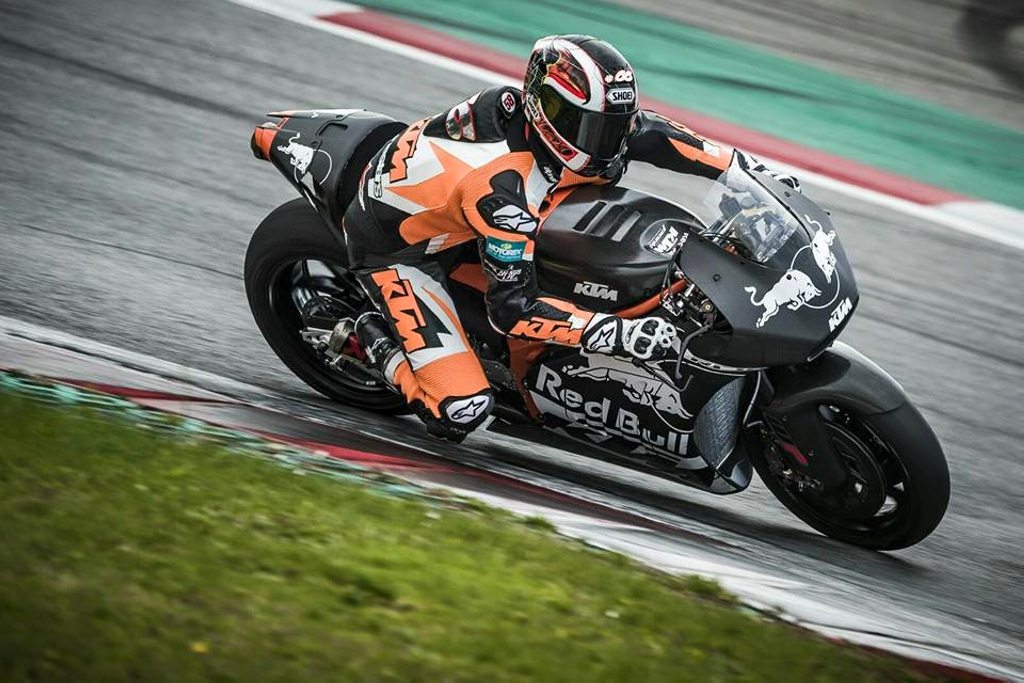 Engine was readied in May 2015 itself. Prototype is set to roll out in the year 2016 and the following year will see this bike in race form and few bikes will be sold out as homologation special. The KTM RC 16 Moto GP Bike will come with all the latest goodies, a refined engine which has been in the making for a year.

The V4 configuration engine will make over 200 BHP at the rear wheel and much more at the crank and will be all set to compete with the biggies such as Honda, Yamaha and Ducati. When it comes to the chassis, and this is the best part, KTM is set to bring the Trellis frame on the MotoGP after a really long time. 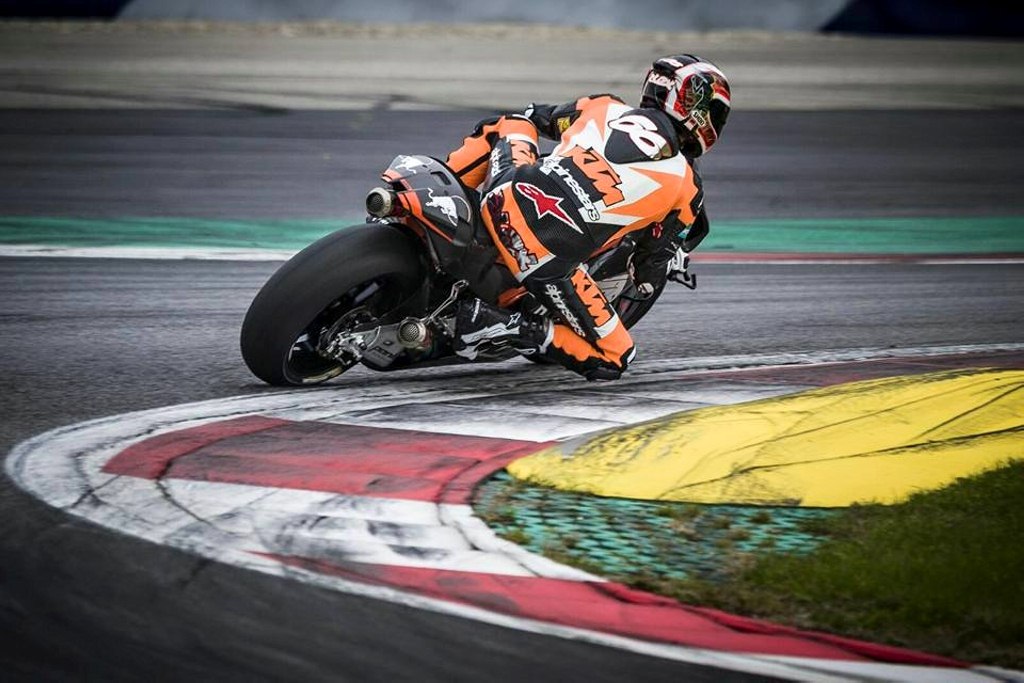 Something we last saw in a Ducati decades ago, a time where most of us weren’t born. Coupled with that chassis is going to be the torquey and powerful V4 engine, which is clearly a recipe for speed and fun! Helping put all that power down is a WP suspension mated to a 6-speed gearbox. Carbon ceramic brakes from Brembo, a very unique swingarm and a rider oriented chassis are expected from the KTM RC 16 Moto GP Bike.

KTM RC 16 Moto GP Bike is developed from the ground up. However, the biggest and shocking news that KTM said that it will not make a factory team in MotoGP. Instead, as always, the Austrian brand will operate in MotoGP the same way it has in Moto3. What KTM does in Moto3 is that it supplies machines to private teams and works with them on the development and support. 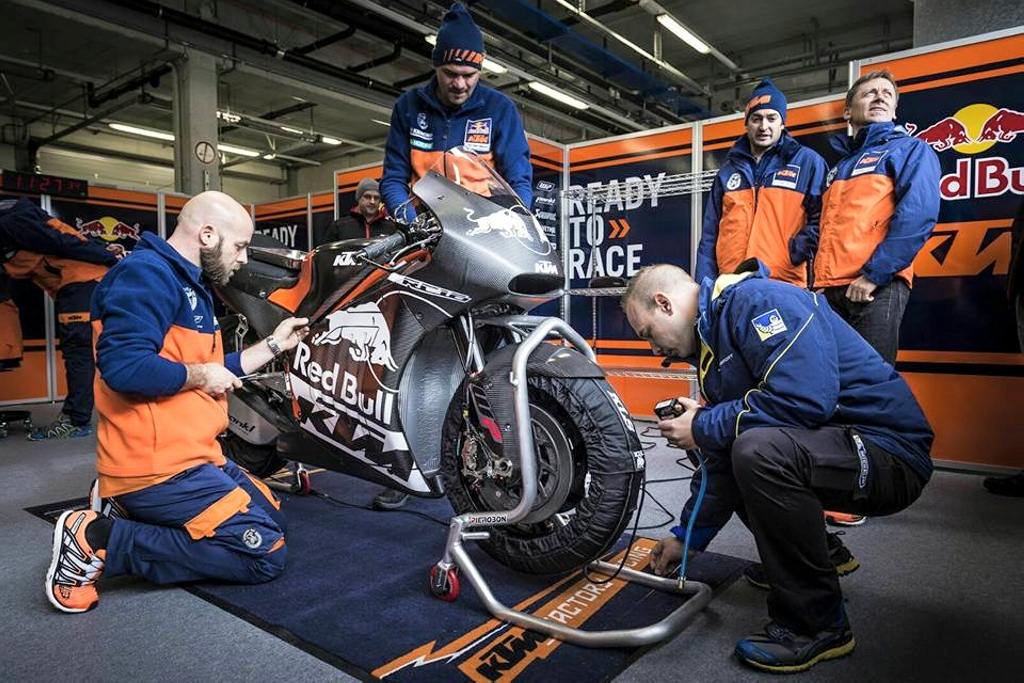 KTM has signed former Pramac Ducati rider Mika Kallio to test and develop the bike for the return to the championship in 2017. Another competitor getting into the competition is clearly good for people who seek entertainment and it’s best for everyone who is associated with it. KTM is back with a bang in every segment it was left behind and nonetheless in creating new segments. It continues to dominate Moto Cross in an unparalleled manner and may be it could do the same in MotoGP as well.