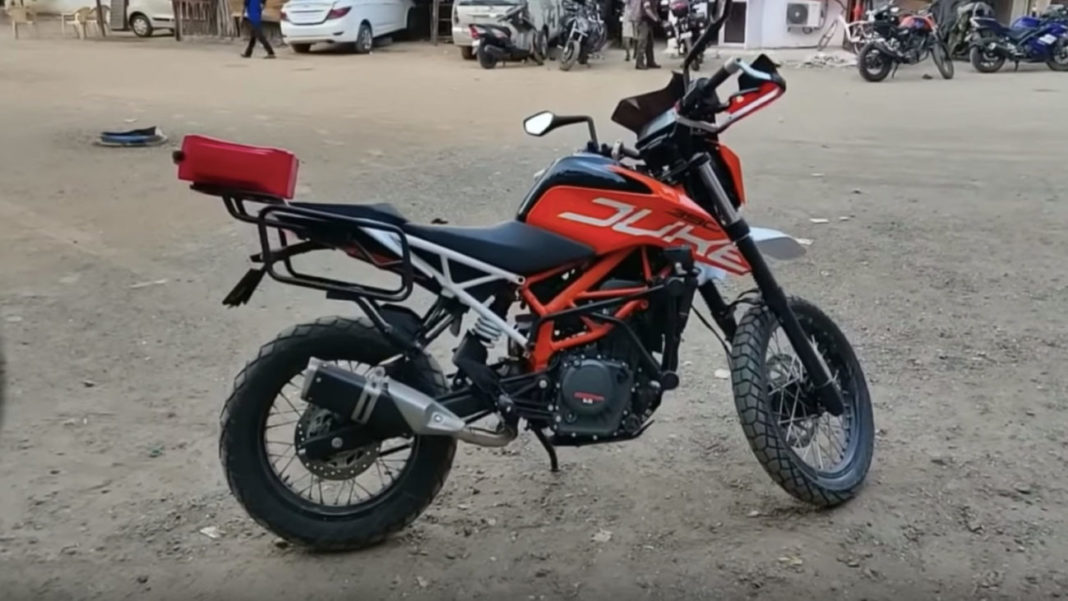 The tuning company has worked for 4 months to come up with this KTM 390 Adventure creation and the cost of modification is Rs. 1.5 lakh

HDT Customs has come up with another brilliant adventure mod pack and this time around it is for the KTM Duke 390. Based on the 2018 model, the team has worked for about 4 months to create this dual-purpose adventure motorcycle. The total cost of the modification is quoted at Rs. 1.5 lakh. The tuning firm has already developed an adv based on the KTM Duke 200, so it is not something new to them.

In the video attached below, the creator explained the challenges he had to go through while putting together all the puzzles on the KTM Duke 390. For instance, the suspension system is from Himalayan but it was difficult to maintain the ergonomic benefits of the Duke 390 when the 21-inch front and 17-inch rear wheels were used as in his own Duke 200 adventure.

The aluminium rims with wired spokes enhance the off-roading demeanour of the 390 Adv and the bigger wheels have enabled higher ground clearance than what can be seen in the standard bike. It features white painted raised front fender for tackling the uneven surface conditions and the knuckle guards are done up in the signature orange colour.

The blackened tall windblast protector has been bolted on to the top of the split LED headlamp setup as well and at the rear, it is easy to see the luggage rack and a fuel carrier of 5-litre capacity. It will definitely come in handy considering the limited range of the regular fuel tank on long ride outs into the unknown territories.

For those of you who can wait, KTM will be launching the 390 Adventure later this year and is expected to be offered in two variants: one focussing on hardcore off-roading and the other a bit more road biased. 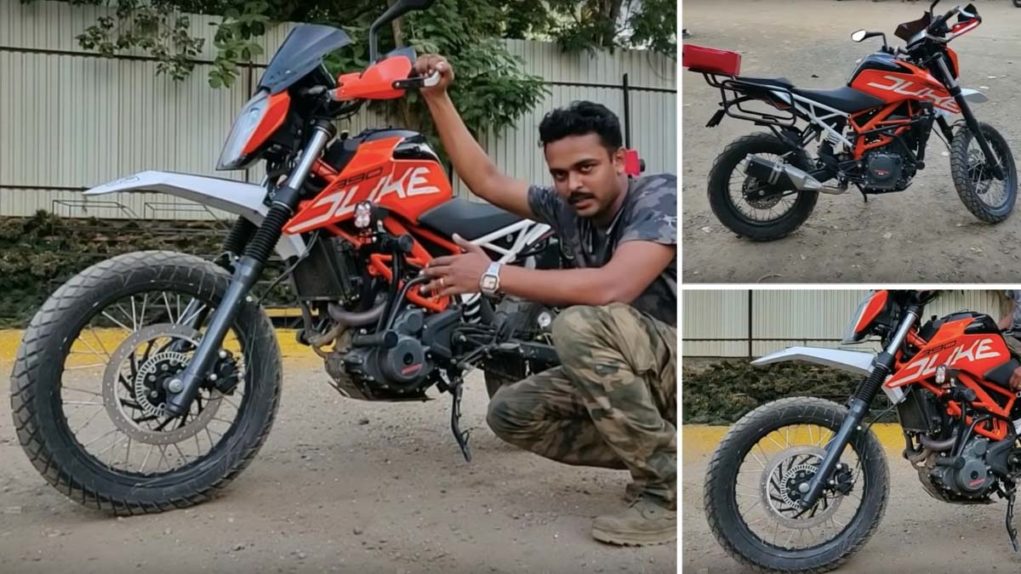 The styling of the 390 Adv will be based on the bigger adventure models sold globally by KTM and it will use the same powertrain from the Duke 390. Expect it to be priced aggressively within Rs. 3 lakh (ex-showroom) range for it to give a tough rivalry against the likes of BMW G310 GS and Kawasaki Versys X-300.