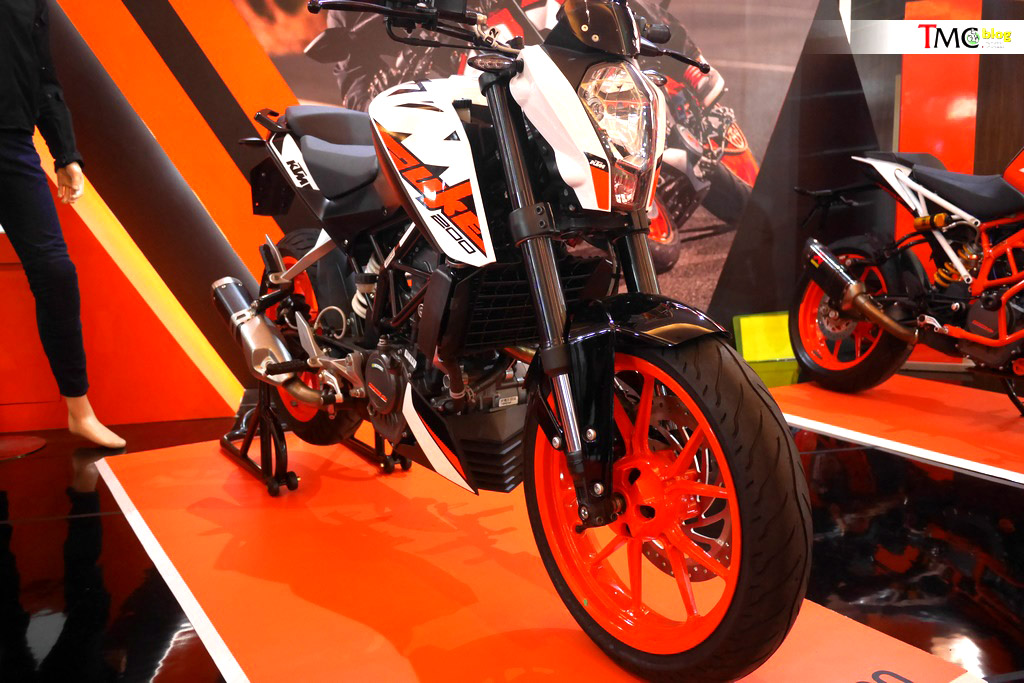 The side mounted exhaust gets catalytic converter which will help the Duke 200 to meet stricter emission norms like its big brothers. The company has altered torque delivery which can improve performance by a small margin compared to the old model and the new exhaust is tuned to produce sporty exhaust note.

The Duke 200 is powered by 199 cc single cylinder liquid cooled engine producing 25 hp of power at 10,000 rpm and 19.2 Nm of torque at 8,000 rpm. This engine is mated to 6 speed gearbox. KTM offers this same engine on India spec model also but Indian version is 4.5 kg lighter than Indonesian model. Even though both are same and the increased weight comes from better alloy wheels offered on Indian version.

The braking power comes from 300 mm four piston radial calliper single disc at front and 230 mm single piston disc at rear. KTM is not offering ABS with Duke 200. One of the unique features of Duke 200 is its upside down forks and 10 step adjustable mono shocks at the rear. The Duke 200 comes with MRF soft compound tyres.

KTM introduced the original Duke 200 in 2012. Since then the company hasn’t made any changes for the bike except for new colours. Even though Duke 390 which was introduced along side Duke 200 got a new generation which is much better than previous models with lots of new features and technologies. We are expecting KTM to introduce an updated version of Duke 200 later this year at EICMA.