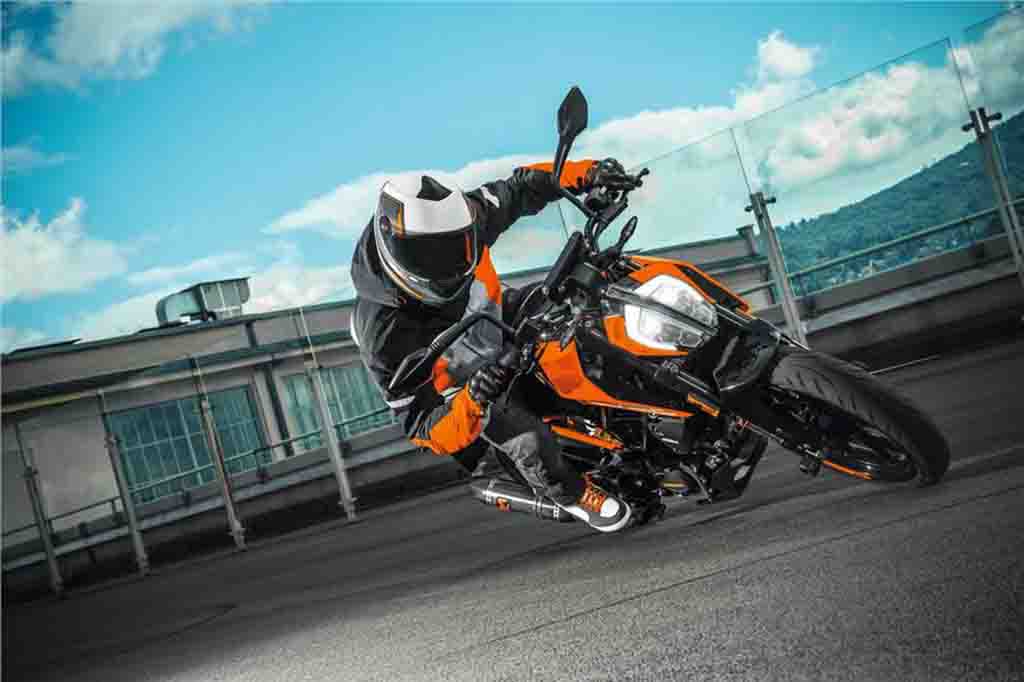 We have reported already that KTM will be launching their entry-level Duke 125 in India soon. The upcoming Duke 125 was spotted for the first time recently while it was being tested on the outskirts of the city of Pune near the Bajaj manufacturing plant.

KTM Duke 125 will be the cheapest Duke to go on sale in the Indian market and it will be positioned below the existing Duke 200 in the KTM lineup. The KTM Duke 125 is powered by a 125 cc, single cylinder liquid cooled engine which produces about 15 hp of peak power and 12 Nm of torque.

The motorcycle has a kerb weight of 148 kilograms. If we talk about performance the KTM Duke 125 is mostly a performance-oriented motorcycle and can reach a top speed of 120 kmph mark, which is quite impressive for this segment. As far as its styling is concerned, the upcoming Duke 125 looks identical to the bigger Duke 390.

The motorcycle gets the same kind of headlamp design with all LED units inspired from the bigger Duke 390 while it also features similar kind of TFT instrument cluster as well with Bluetooth connectivity and Smartphone integration. The prototype which was caught testing gets identical alloy wheels like the bigger Duke, however, the rubbers are different than the Duke 390.

Although it is not clear in this video, we would seriously want to know if KTM has provided the dual channel ABS setup or not in this entry level Duke 125. As far as its pricing is concerned, expect the Duke 125 to be priced upwards of Rs. 1 lakh rupees for sure. We will definitely update you with more information when KTM finally launches the Duke 125 in India likely next month.