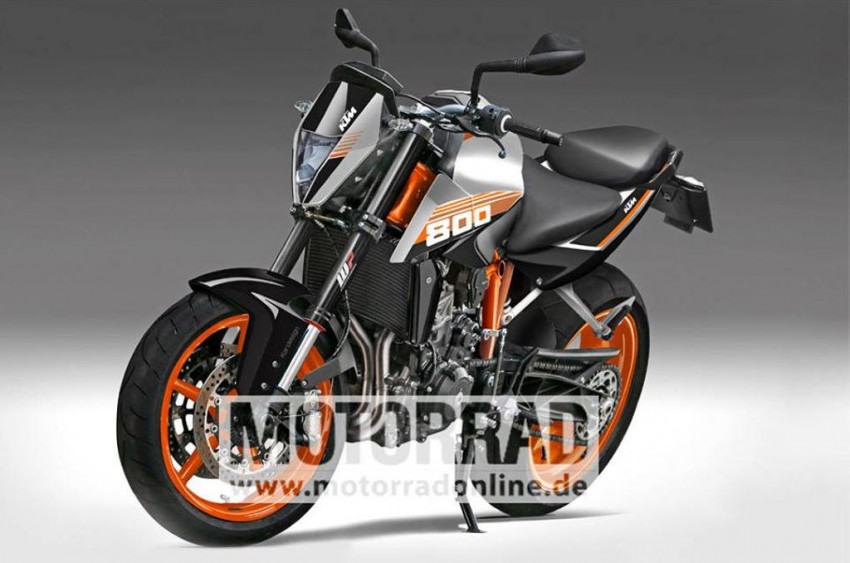 KTM 800cc is supposed to be an affordable V-twin, a parallel twin is coming in, hope the prices are even more competitive!

KTM has huge plans for the entire motorcycle industry. With Bajaj it plans to conquer the world and it almost there too. With almost all Japanese competition taken care of excluding the all mighty Honda and other big players like Harley-Davidson, it wants to be the number one sports motorcycle maker in the world. The best way is to join hands with Bajaj, which is the number sports motorcycle manufacturer in the country. Hence, making a motorcycle for every category is necessary and after taking quarter litre and entry-level middle weigh its time for the middle weight bike and that starts from 700cc onwards. 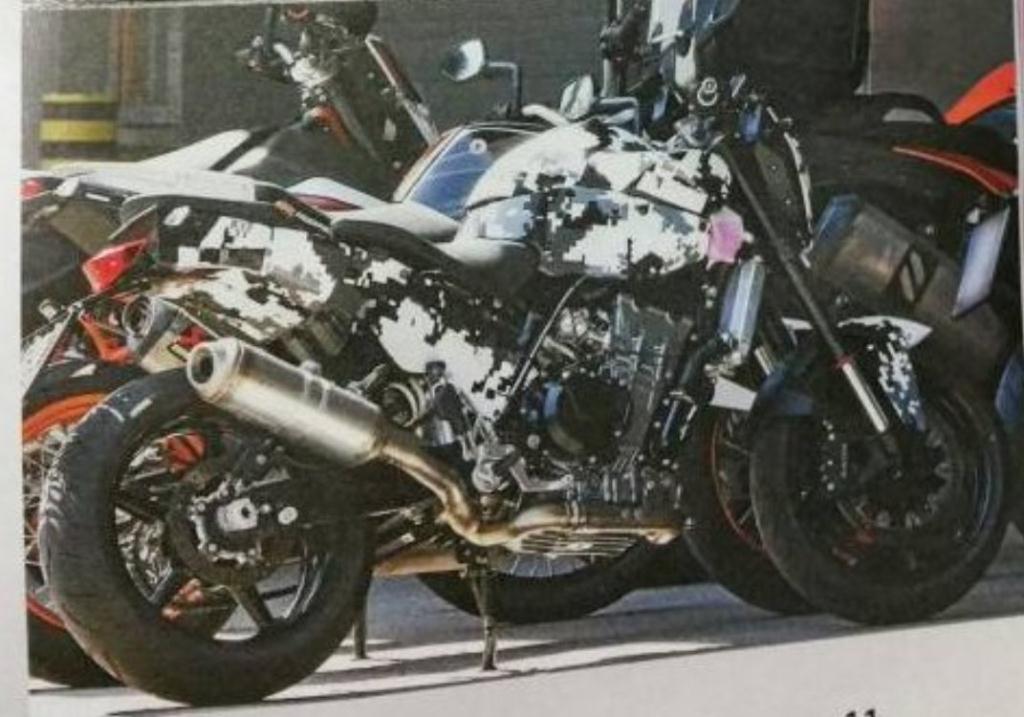 KTM 800 has been spied for the first time and its shows it is clearly a KTM. Flat headlight cowl along with tall stance, WP suspension and parts which resemble to the KTM that has been seen lower capacity motorcycles. Big fat swingarm, exhaust and chunky tyre at the rear along with slim mudguard and boxy tail-light are part of this new motorcycle. The KTM 800cc has a very unique trellis frame layout this time around. Something similar to the Duke 690 but the photos don’t say much as of now. Rendering is here but it just shows on side of the motorcycle. 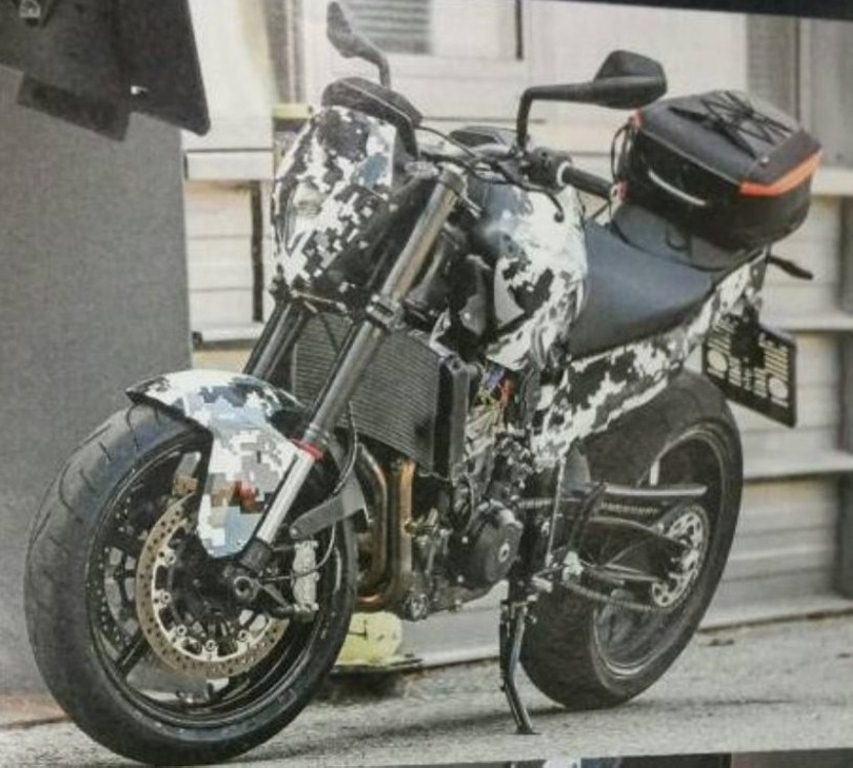 Wide handlebar, big fuel tank and seats suggest this could be naked sport touring that we all have been waiting for. The KTM 800cc is most likely to compete Yamaha FZ-09, Ducati 821 and upcoming new Triumph bikes. Except unveiling and showcasing, whatever you like to call it will happen at this Milan Motor Show. KTM 800cc motorcycle will be a very critical product for Bajaj and KTM, as it will be made in India which KTM boss himself told. Except value for money pricing and if the bike turns out to be a true blue KTM, expect hooligan performance and styling and this time around, good value for money too!