The soon to be launched KTM 790 Duke will be assembled at Bajaj’s Chakan Plant and will be powered by a 799cc, liquid-cooled motor

KTM took the covers of the 790 Duke at the EICMA 2017 motorcycle show and to be honest, the Indian two-wheeler enthusiasts were eagerly waiting for its arrival for quite some time now. The middleweight sport-naked motorcycle was spotted at a dealers yard recently that fueled the speculations of its launch.

The good news is that the bike is finally launching in India on September 23rd. The motorcycle will be brought to the Indian shores via the CKD route. Expect the upcoming bike to be priced around Rs 8 lakh to Rs 8.5 lakh (on-road).

The motorcycle is powered by a 799cc, liquid-cooled, parallel-twin motor. The unit paired with a six-speed gearbox produces around 105PS of peak power at 9500rpm and 86Nm of peak torque at 8000rpm. A slipper clutch is also offered as standard with the six-speed gearbox. 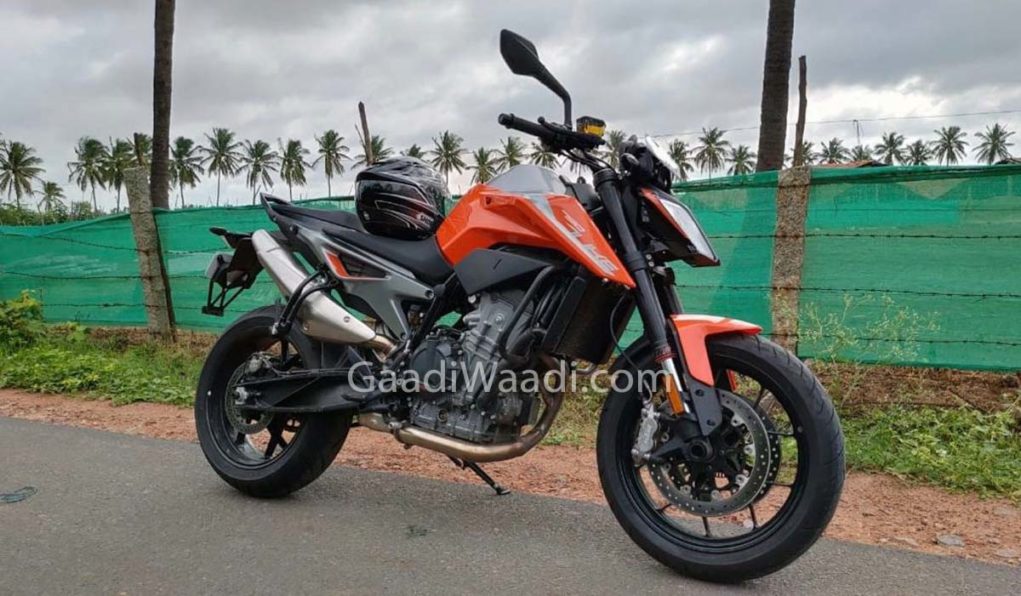 The suspension duties of the motorcycle are taken care by a 43mm open cartridge fork at the front from WP and a 12 stage preload-adjustable gas-assisted monoshock absorbers at the rear. The braking duties of the motorcycle are performed by a twin 320mm disc brake at the front and a 240mm single disc brake at the rear. A dual-channel ABS is also offered as standard for the safety of the rider.

The motorcycle gets plenty of electronic aid to keep the rider safe. The 790 Duke features a Bosch Cornering ABS with Supermoto mode, lean-angle-sensing traction control, launch control, a bi-directional quick shifter and four different riding modes – Sport, Street, Rain and Track. All of these functions can be operated via the full TFT display. With a dry weight of just 174 kilograms, the Duke 790 is one of the lightest bikes of its segment. 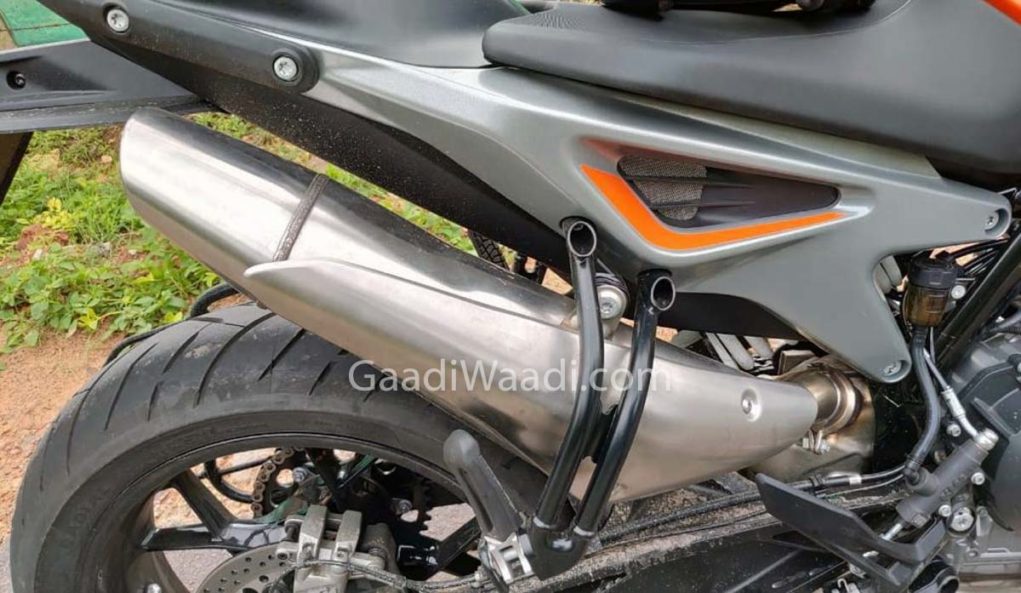