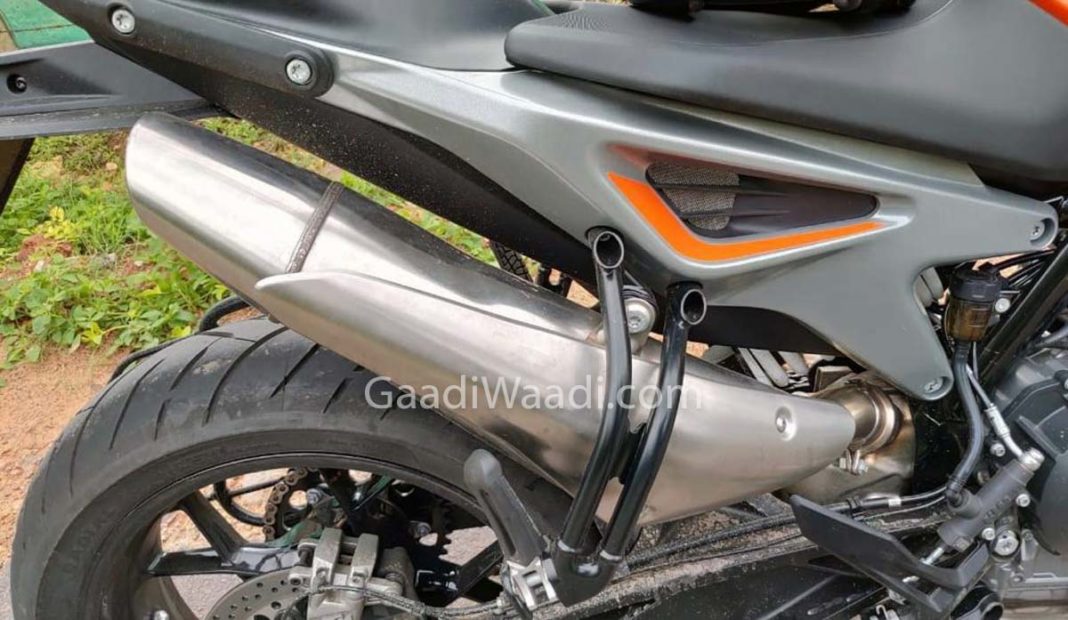 The display model of the much-awaited 790 Duke fitted with a temporary number plate was spotted recently in Bangalore and it is now followed by another set of spy images. The Austrian two-wheeler manufacturer will likely also commence the official bookings for the motorcycle from September 5th according to reports.

The motorcycle has been brought to India via the CKD route and is assembled at Bajaj’s Akurdi plant. There are no details available about the pricing at this moment but expect the soon to be launched naked streetfighter to be priced at around Rs 8-8.50 lakh mark (ex-showroom).

The set of images that you see here is the India-spec motorcycle and thus it features a saree guard, and a grab rail at the rear. According to the information floating around the internet, KTM already has some BS-IV compliant 790 Duke models in their stock and they have plans to clear their old stock before the BS6 norms are implemented from April 2020. 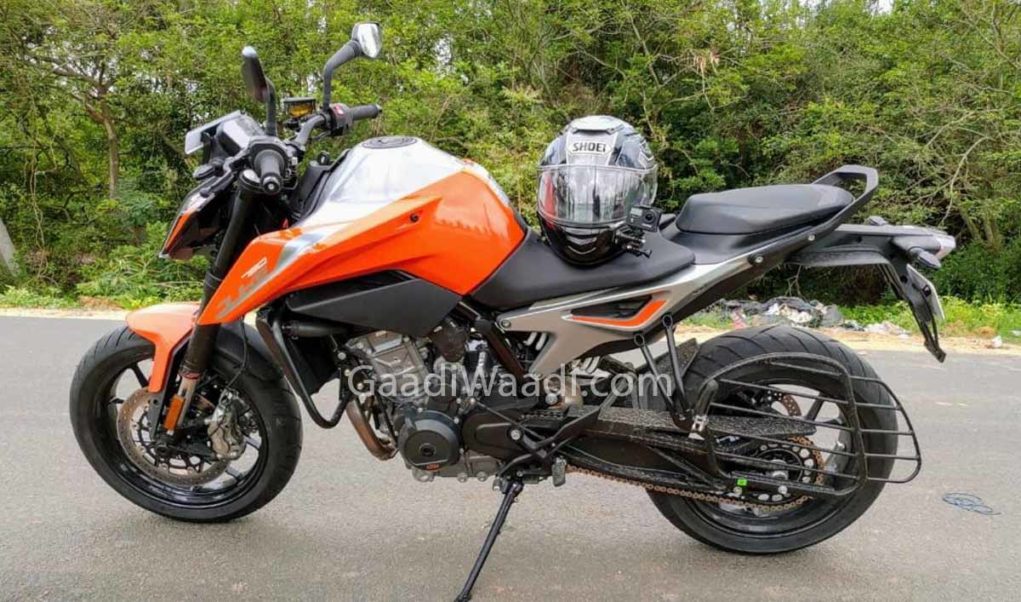 However, if the motorcycle gets a positive response from the people KTM will likely introduce the BS6 models by April 2020. That said, KTM also has plans to localize the parts to bring down the prices as well. 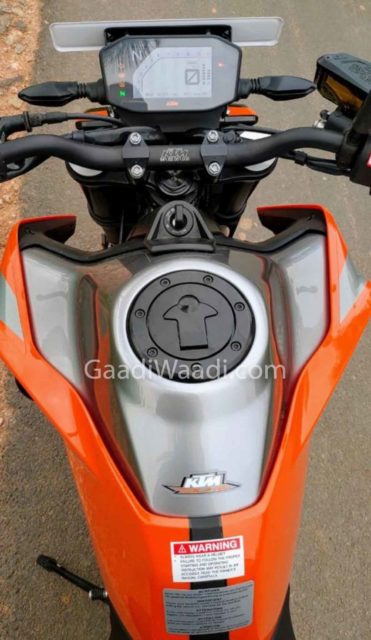 The motorcycle features two-way quick shifter and four different riding modes – Sport, Street, Rain, and Track. Besides all these, the 790 Duke also gets plenty of other advanced electronic rider aids as well including lean-sensitive traction control, cornering ABS, launch and wheelie control, and a supermoto mode as well that switches off the sensors on the rear wheels.