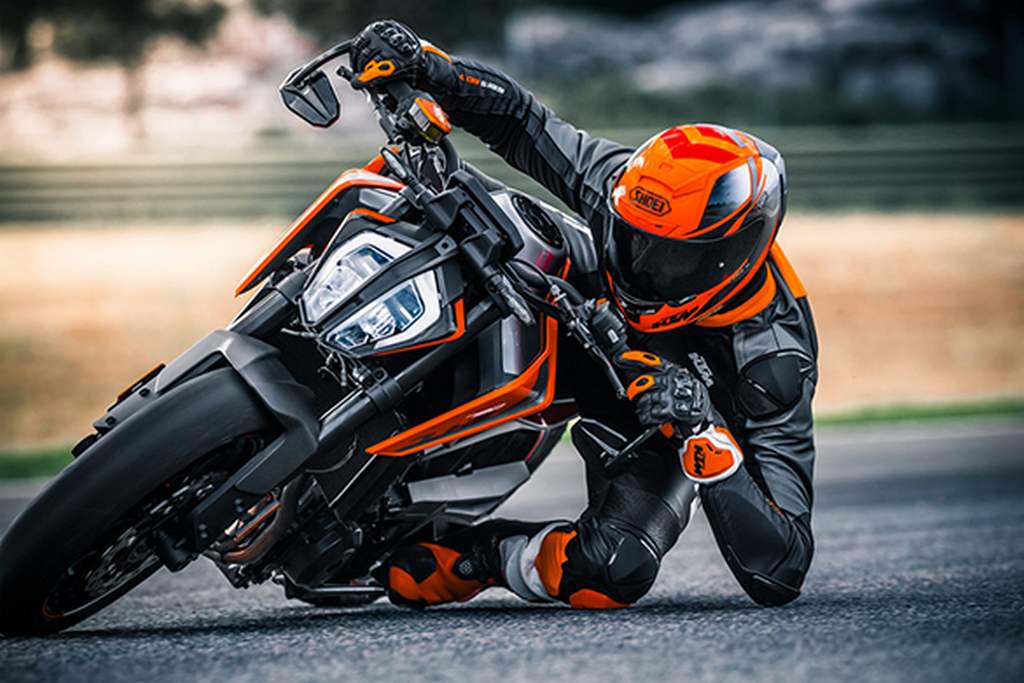 Leaving the 790 Duke just as a boasted design study was apparently not KTM’s intentions. In fact, the prototype showed how good the next naked biggy’s evolutionary design would be – maximum handling fun and bodywork stripped to bare minimum.

KTM showcased the savage 790 Duke prototype at 2016 EICMA in Milan and backed it up with the ‘Scalpel’ production version at the 2017 edition of the show. It comes equipped with a new 800 cc parallel twin-cylinder engine that gets mounted on the steel frame chassis as a stressed member to save weight while the sub-frame is made of aluminium. 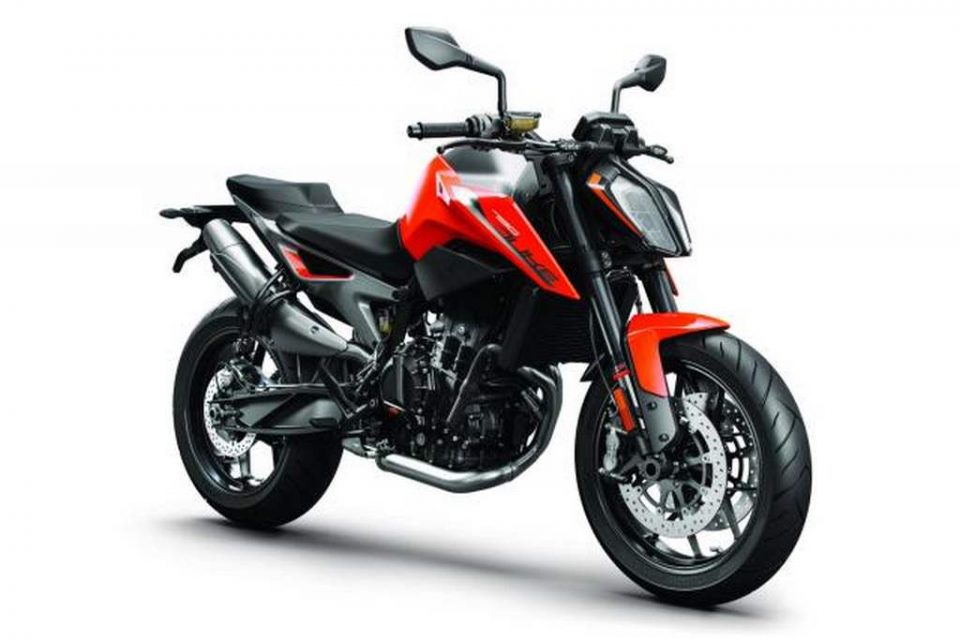 The 790 Duke naked concept previewed the forthcoming styling and purpose of the next generation middleweight category bikes powered by the new engine from KTM’s stable. The evolved and more conventional production model takes plenty of inspiration from the 2016 prototype and does not disappoint the audience. The first-ever parallel-twin from the brand features technologies like custom rider modes and traction control.

The compact LC8c parallel-twin unit is largely tipped to be shared with the upcoming Husqvarna bikes as well. It is good enough to produce a maximum power output of 105 hp at 9,000 rpm and 86 Nm of peak torque at 8,000 rpm – mated to a six-speed transmission. The production-spec 790 Duke is tuned for sharp handling with agility and going through corners at thrilling speeds and has a sleek and edgy body with a parted headlamp assembly as in the 390 Duke. 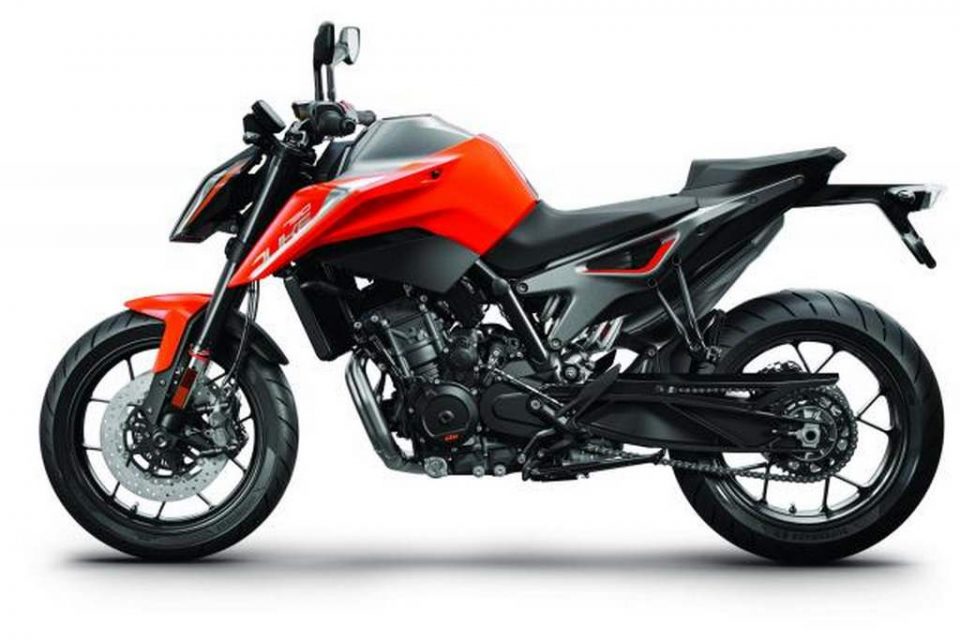 Besides that, the seating position is upright and the single pipe exhaust is lifted on the right side. According to the Austrian bike manufacturer, the 790 Duke boasts “unparalleled poise, telepathic levels of feedback and lightness that’s off the scale”. It fills the gap between 690 Duke and the flagship 1290 Duke.

The engine produces 105 PS on the standard version and around 120 PS on the top-spec ‘R’ variant. It is manufactured at KTM’s Mattighofen facility in Austria initially and compete against the Triumph Street Triple, Ducati Monster 821, Aprilia Shiver 900, popular Kawasaki Z900 and the upcoming Benelli 750 cc bike. KTM targets the developed markets for the 790 Duke and it will eventually spawn an Adventure version.

The 790 Duke is the lightest bike in its segment at 174 kg kerb weight. It features driver and performance aids like slipper clutch, quick shifter, cornering ABS, lean sensitive traction control, etc. It has colourful LCD instrument as in the 390 Duke along with side mounted canister ditching the underbelly exhaust of the concept, conventional registration plate holder and split seats among others.

India will likely be in the launch frame but we won’t expect it to happen before 2019. KTM intends to expand the 790’s reach internationally and it is reported to enter production at Bajaj’s Chakan plant in 2019 before going on sale via CKD route. Therefore, we can predict a highly competitive pricing against rivals. Having been launched in Malaysia at a price of RM 64,800 (Rs 10.99 lakh), it is more likely to enter India next year.

Also Read: Shout It Out! The All-New KTM 790 Adventure Is Finally Here! 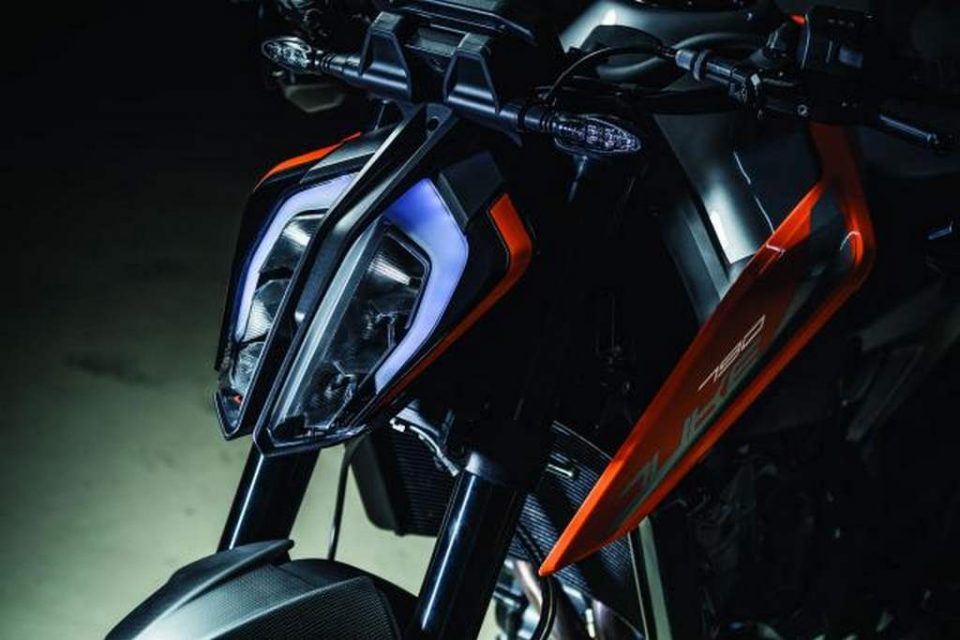 It is too early to guess what the pricing would be but around Rs. 7 lakh to Rs. 8 lakh (ex-showroom) is a high probability with packed features list to outsmart rivals. The suspension is made by Dutch manufacturer WP while some of the sophisticated technologies present on the bike are ride-by-wire throttle, launch control, WP steering damper, quickshifter, adjustable handlebar, improved electronics, smartphone connectivity, etc.

The suspension duties are done by a WP 43 mm split function upside-down front fork and a gas-assisted monoshock with progressive spring and pre-load adjuster at the back. As for braking, there is a 300 mm twin-disc setup with four-pot radial mounted calipers and a two-piston caliper on a 240 mm rear disc. It uses Bosch cornering ABS with a Supermoto mode that can be disengaged, lean-angle-sensing traction control and a tuneable ‘Track’ mode. 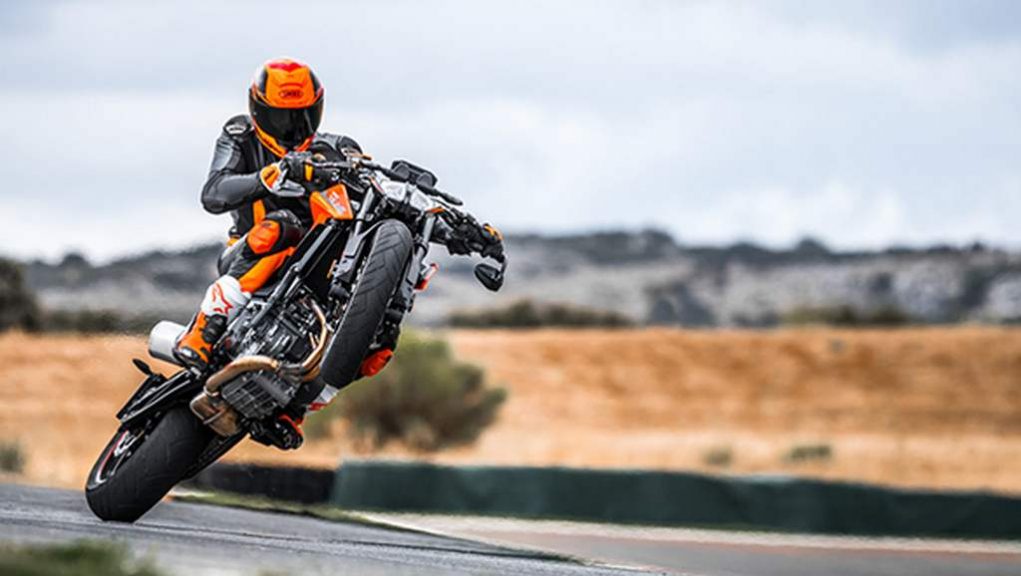 The KTM 790 Adventure will likely be less intimidating than its bigger cousins. Being an adventure motorcycle, KTM will test it to tackle all types of surface and weather conditions as mainly the off-roading capabilities should be tuned to excel above the likes of new Honda Africa Twin, Triumph 800 range and the BMW F800GS. With KTM confirmed to launch 390 Adv next year, it is more likely to expand its premium portfolio in the country.