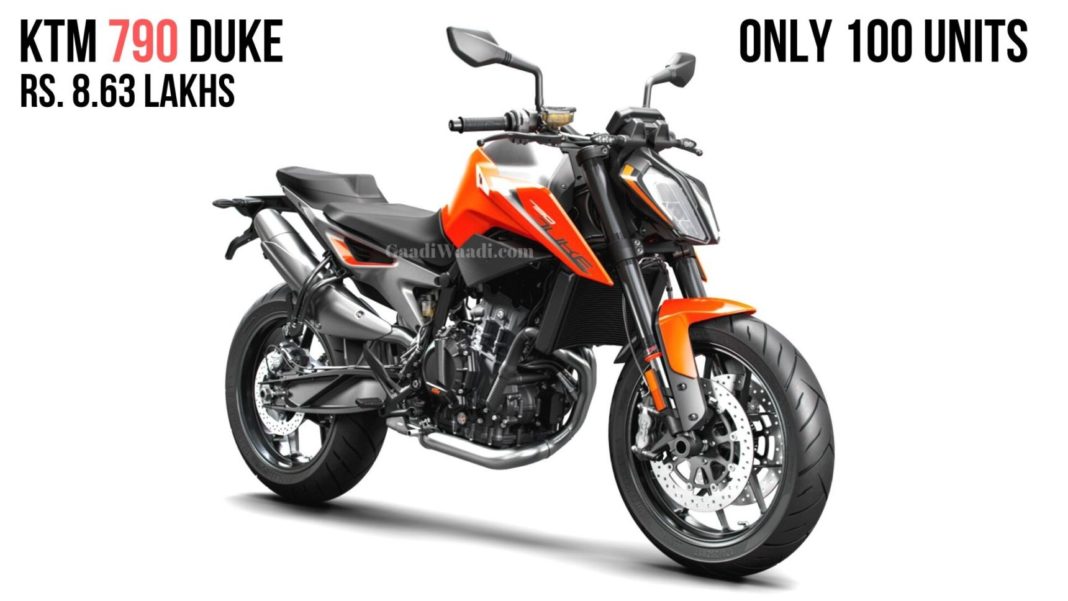 All you need to know about the recently launched middleweight naked sports bike the KTM 790 Duke priced at Rs. 8.63 Lakh

KTM has launched one of the most anticipated motorcycles the 790 Duke in India recently. The 790 Duke is by far KTM’s largest displacement motorcycle that is launched in India and it is positioned in between the 390 Duke and the powerful 1290 Super Duke R (not available in India) in the KTM lineup.

There is no denying the fact that India is one of the biggest markets for the Austrian two-wheeler manufacturer and that is also the reason why they have also decided to introduce their middleweight performance motorcycle in the country as well.

Here are the 10 things that you need to know about the newly launched middleweight naked sports motorcycle.

The 790 Duke looks identical to the other sports naked motorcycles of the KTM lineup. The motorcycle looks sharp and sporty and takes its design inspiration from the 1290 Super Duke R. The 790 Duke features a split LED headlamp towards the front, chiselled fuel tank with extended tank shrouds while the sleek side panels help give the motorcycle an intimidating presence.

The 790 Duke also has a comparatively compact dimension which makes it an ideal motorcycle for city traffic. It is also one of the lightest motorcycles of its segment. The 790 Duke has an overall length of 2062 mm, a width of 904 mm, and has a wheelbase of 1475 mm.

The engine is paired with a 6-speed gearbox and it also gets a slipper clutch and quick shifter as standard. The motors 75-degree crank offset and 435-degree firing order promises an impressively low and mid-range performance. The LC8 unit also features forged pistons and two counterbalancers to keep the vibrations away. 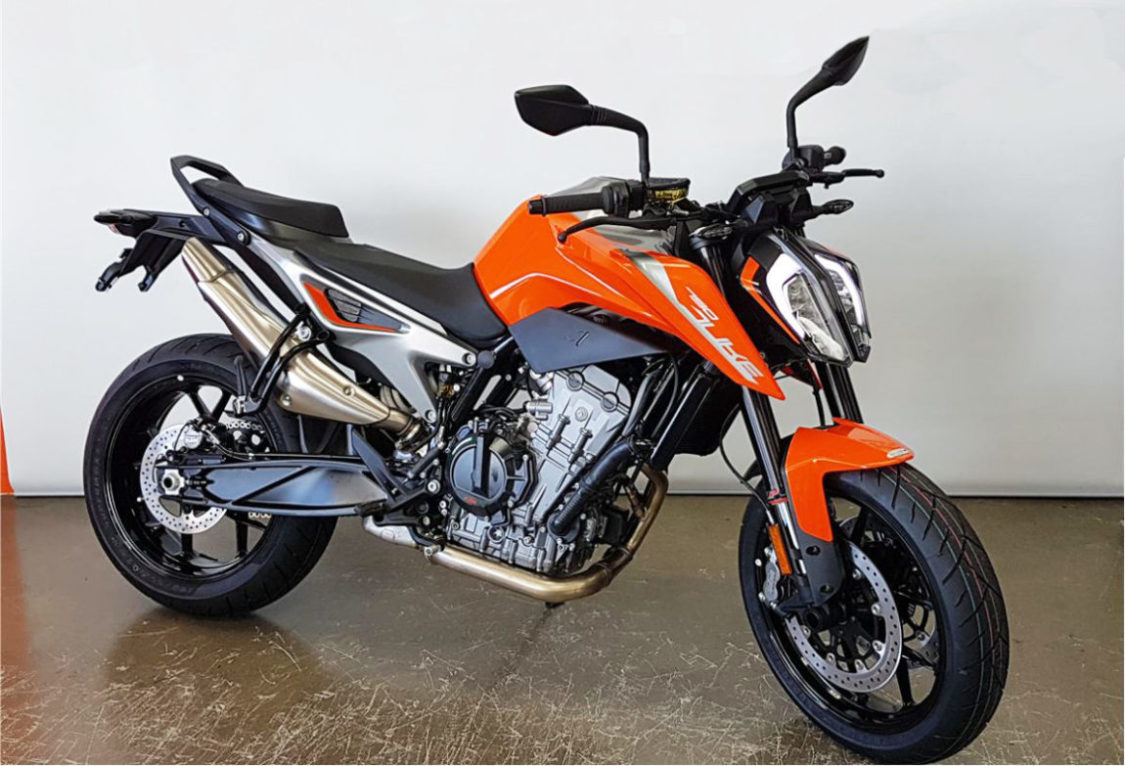 3. Nicknamed Scalpel for a reason

The Austrian two-wheeler manufacturer has dubbed the 790 Duke as ‘Scalpel’. It has earned the nickname because of its power to weight ratio of 612 bhp per tonne which makes it a precise handling machine.

The KTM 790 Duke offers four different rider modes that include rain, sport, race, and track for the convenience of the rider. The rider modes control everything from the throttle response, overall power delivery, traction and wheelie control settings.

The rider modes can be selected with the help of switchgear and the impressive TFT instrument cluster that provides tons of information to the rider. The motorcycle also features a 9 step adjustable traction control and throttle response selection. It also features a launch and wheel control as well.

The 790 Duke relies on thick 43 mm upside down suspension setup at the front with 140mm travel and a mono shock absorber at the rear with 150mm travel. Both the front and rear suspensions are sourced from WP. 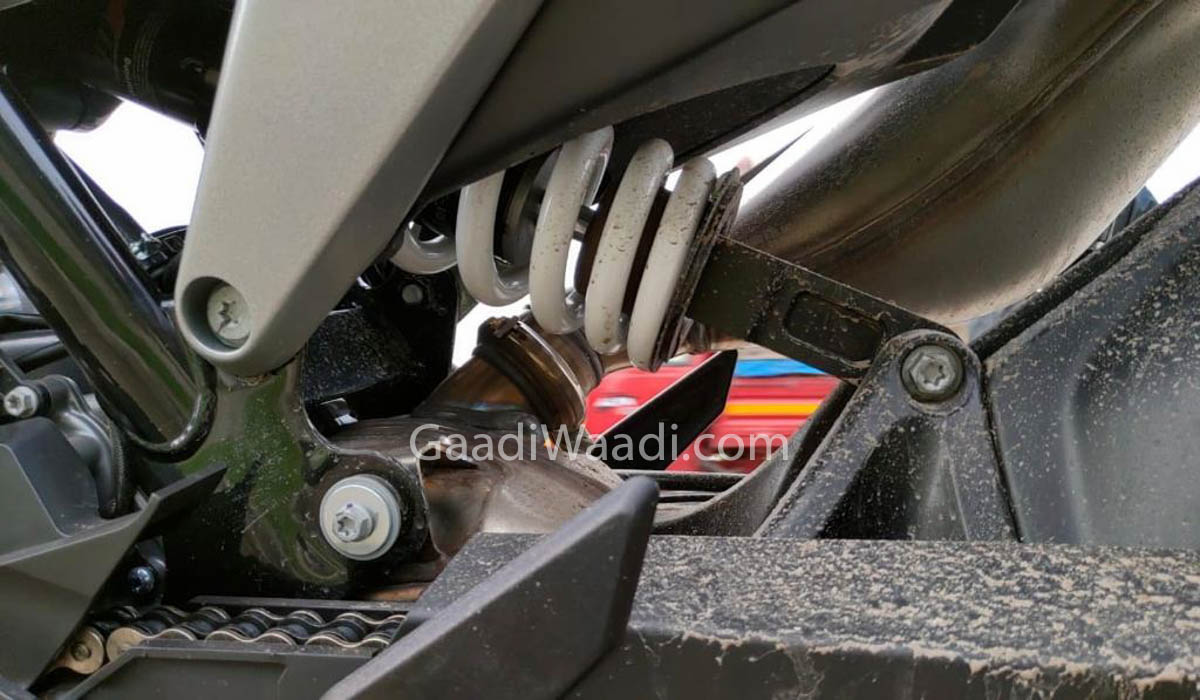 Unfortunately, the 790 Duke gets a non-adjustable front suspension and are set for sporty handling. The motorcycle is fitted with 120/70-R17 at the front and 180/55-R17 at the rear shod with Maxxis Supermaxx ST rubbers.

The KTM 790 Duke uses a chromium molybdenum frame which is lightweight and compact while the duel air-intake is housed inside the subframe. The motorcycle also uses a die-cast open-lattice swingarm that further helps to reduce the overall weight of the motorcycle.

The 790 Duke relies on a twin 300 mm disc brake at the front with radially-mounted 4-piston calipers while the rear wheel gets a 240 mm disc with a 2-piston caliper. The naked sports motorcycle features a dual-channel ABS as standard with a supermoto mode that switches off sensors on the rear wheel. 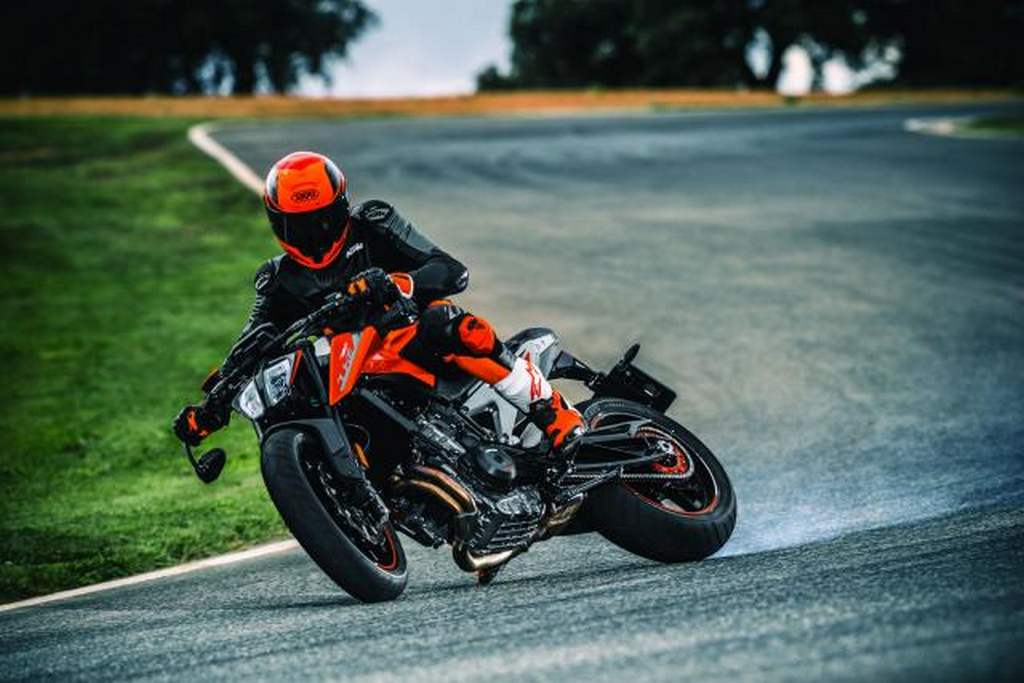 The KTM 790 Duke is priced at Rs 8,63,945 (ex-showroom, India). The motorcycle is on sale in just 9 cities across India initially including Delhi, Mumbai, Pune, Bengaluru, Hyderabad, Surat, Kolkata, Guwahati, and Chennai. The manufacturer will start offering the motorcycle in 30+ cities later in a phased manner. 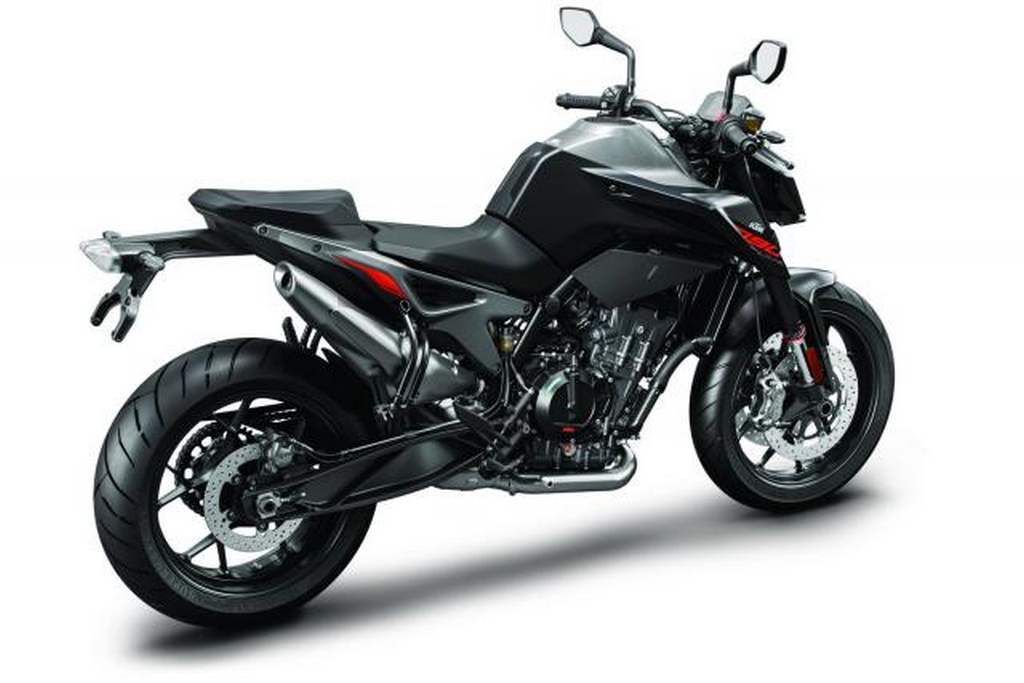 The KTM 790 Duke rivals directly against the Kawasaki Z900, Triumph Street Twin, Yamaha MT-09 and the Ducati Monster 821 in India.