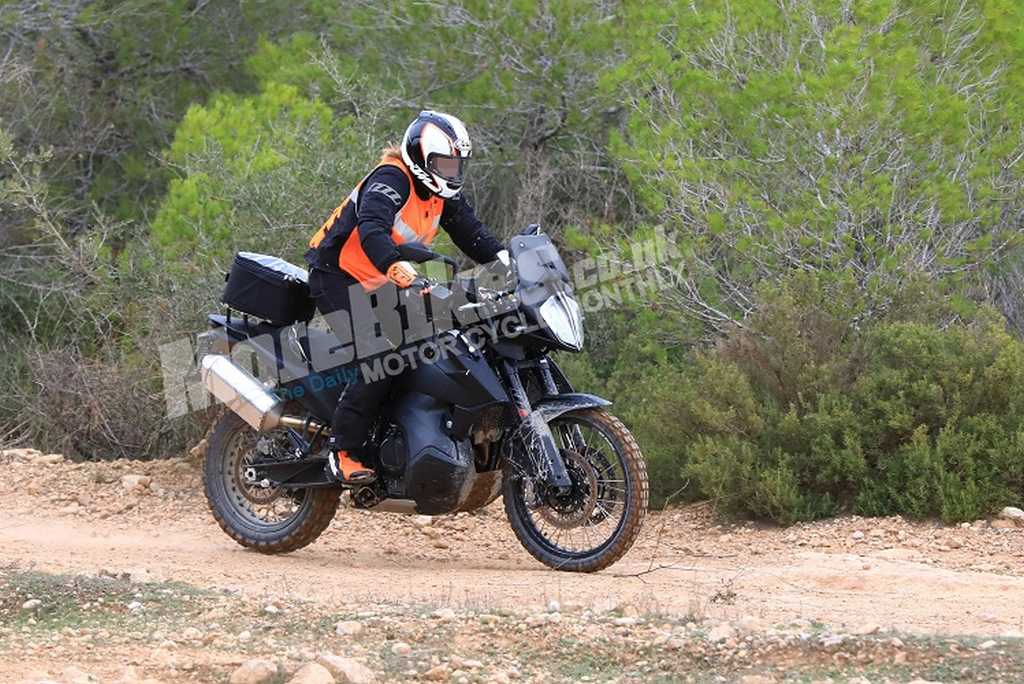 KTM 790 Adventure uses the same parallel-twin engine that will debut on the Duke 790; will become a desirable option for the larger 1090 and 1290 siblings

The all-new KTM 790 Adventure bike had already been under the development radar for quite sometime now and the test prototypes spied back in October arose enthusiasm to new level. Due for launch in the international markets in early 2019, the Austrian bike maker appears to be bringing the 790 roadster version first sometime in 2018. The 790 Adventure made its global debut at the recently concluded 2017 EICMA in Milan as a concept and it has now been spotted in its production guise.

The road-going version will likely debut at the next edition of the same show going by the brand’s strategy and it unsurprisingly looks familiar to the concept. The 2017 Adventure range includes 1090 Adventure and R, 1290 Super Adventure S, R and T. The growing range of off-road focused Adventure motorcycles will see siblings from the 790 category as well. The prototype was shod on 21-inch front and 18-inch wheels suggesting that there could be an aggressive R version in the making as well. 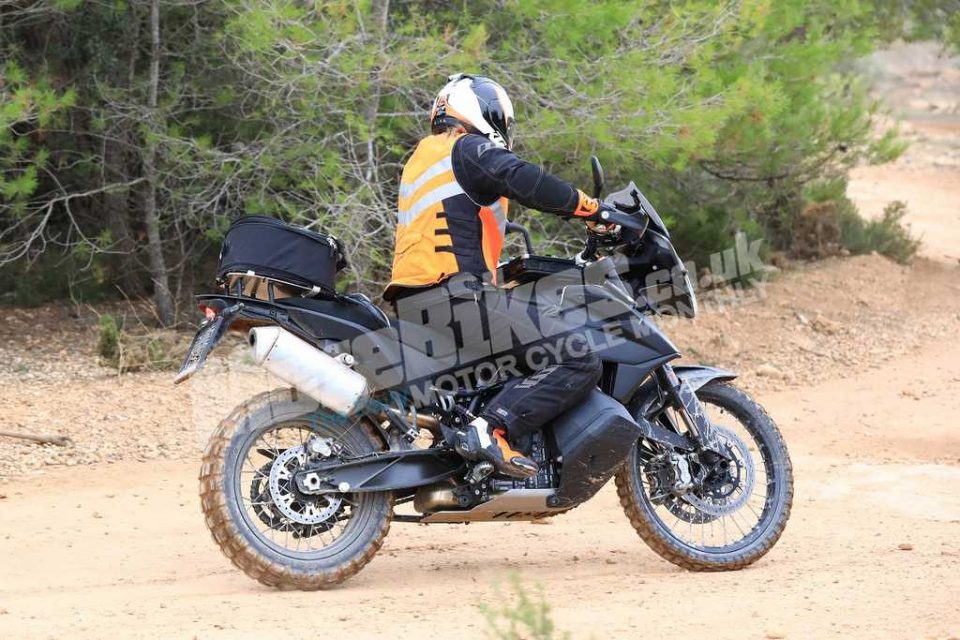 Targetting the Honda Africa Twin with close to 105 horsepower, the 790 Adventure uses the same liquid-cooled parallel-twin engine debuting on the all-new Duke 790. The in-line four-stroke DOHC motor has eight valves actuated by DLC coated finger followers, EFI (Electronic Fuel Injection), two balancer shafts and semi dry sump lubrication with oil cooler. It is shrouded by large bodywork as an act to protect engine casing while the going gets tough on rough trails. It could dual-act into storage area on the production model.

The KTM 790 Adventure prototype looks more of a dirt machine as more focus will be put on adventure qualities rather than touring abilities. It will certainly raise the bar in the middleweight adventure touring class in global markets. However, we may not see it on Indian roads any time soon as KTM seems to be contending with the 390 pair as its flagship for now. Chances of its arrival may increase when its naked cousin steps foot into the market in an year or two. 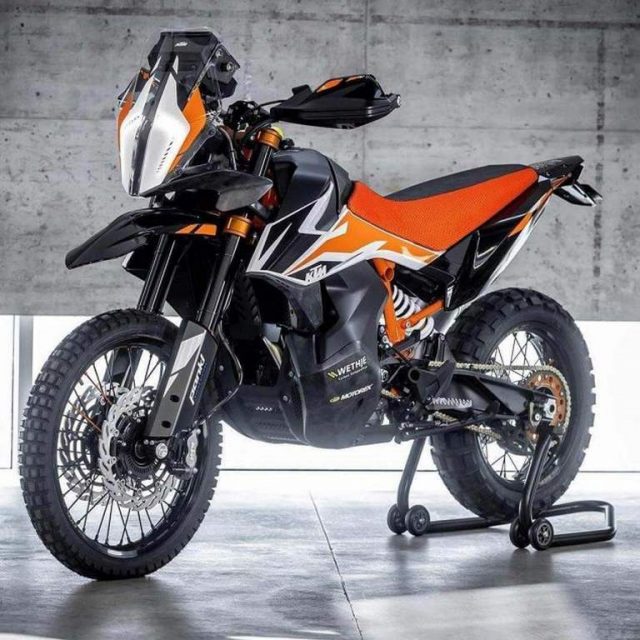 We cannot rule out the change in mind setup of the brand as the adventure bike segment is rapidly growing and more manufacturers eyeing spotlight. The 2017 EICMA show witnessed other European rivals bringing in new versions of their ADVs as well like the upgraded Triumph Tiger and BMW’s 750 GS and 850 GS. In a dissimilar fashion to the 790 Duke, which is almost in its production guise, the ADV will have a long way to go before entering production.

It could possess the same ABS system fitted on the 1090 model in addition to multiple driver modes and traction control. On the suspension front, it is likely to feature adjustable WP front fork and monoshock rear suspension. The front end receives styling cues from the 1090 R besides a different swingarm and directly mounted suspension units.

Also Read: KTM 790 Duke Could Launch In India In 2019 With Competitive Pricing 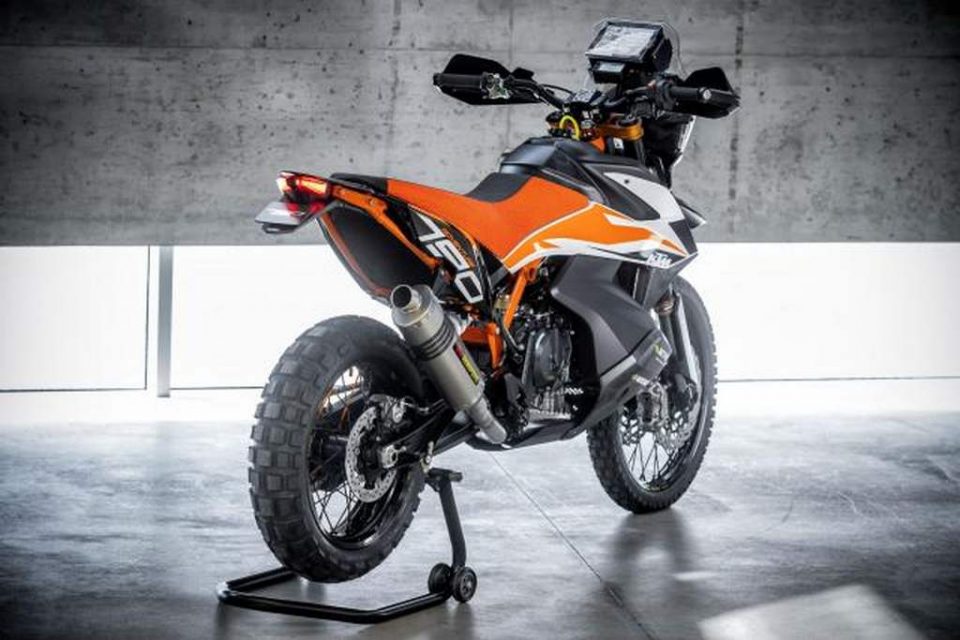 The beefy rear subframe should handle the luggage carrying capabilities. The standard model is likely to run on 19/17-inchers front and rear cast wheels like the 1090 Adventure. The new Adventure 790 will look to emulate the success of the 640 off-road focussed model and will be a desirable option for the 1090 and 1290 Adventure bikes.

The production-spec 790 Adventure R will likely get LED headlamp unit, coloured TFT screen and advanced on- and off-road electronics, along with a sturdy body capable of superior handling. KTM said the 790 Adventure is a lightweight and compact midrange enduro with “outstanding cross-country ability”. 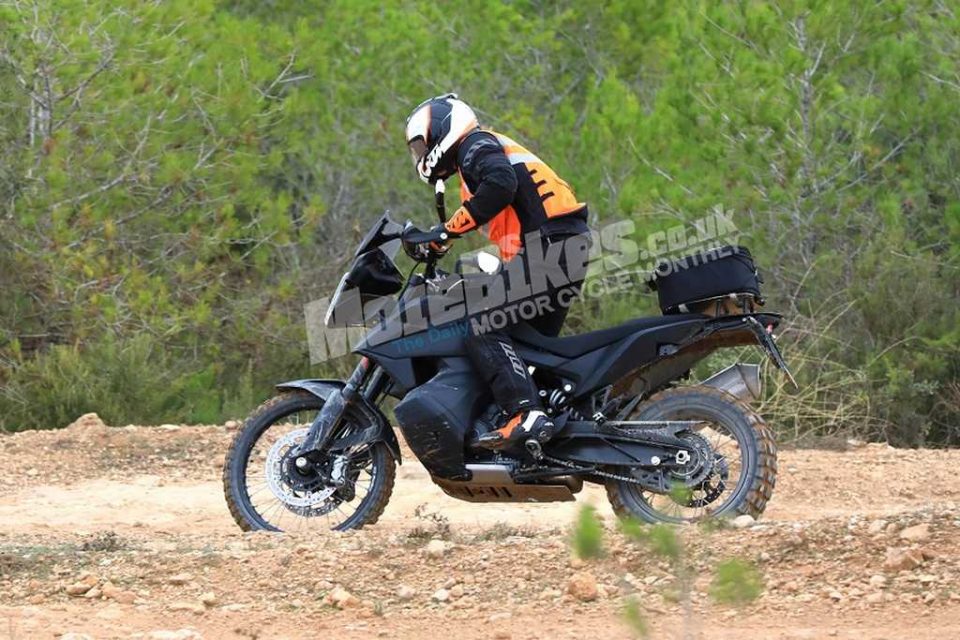