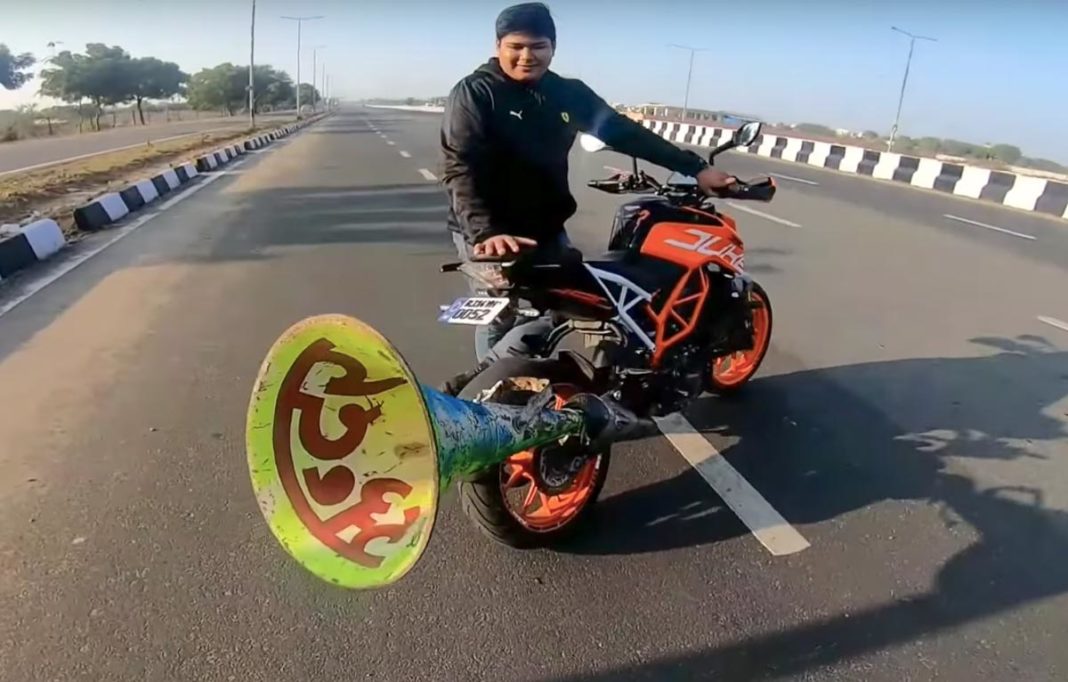 There are many who just want to make their motorcycles sound as loud as possible. This KTM 390 Duke owner has used a loudspeaker to take it to another level

Royal Enfield bikes are the ones that mostly get aftermarket exhausts. These exhausts are installed to make the exhaust note sound extremely loud. Well, here is something unique that has been done by a KTM 390 Duke owners and it is nothing less than crazy. This is the all-new generation KTM 390 Duke that gets full-LED set-up.

The stock exhaust of this bike has been updated with an aftermarket performance exhaust. The Yoshimura exhaust installed on this bike sounds quite different and louder than the stock 390 Duke exhaust. The all-new Duke comes with an all-new exhaust mounted on the side of the bike, unlike the underbelly exhaust that was offered with the last-gen 390 Duke.

The sound is not getting any digital amplification. The exhaust is directly mounted to the loudspeaker that increases the output slightly. The rider took the bike around with the loudspeaker mounted on the exhaust and it could be heard from a longer distance.

Many people stopped and asked about the set-up but the end result is not as loud as one would have thought. The dome is not properly sealed to the exhaust muffler that changes the final result. They did not have a sound meter that could have proved the loudness and we think that the camera did not capture the sound quite well.

It should be noted that the Supreme Court of India has put a ban on any kind of modification on the vehicles in India. While modified vehicles including vehicles with modified exhausts can be used in private properties like race tracks, it is absolutely illegal to use such modifications on the public roads.