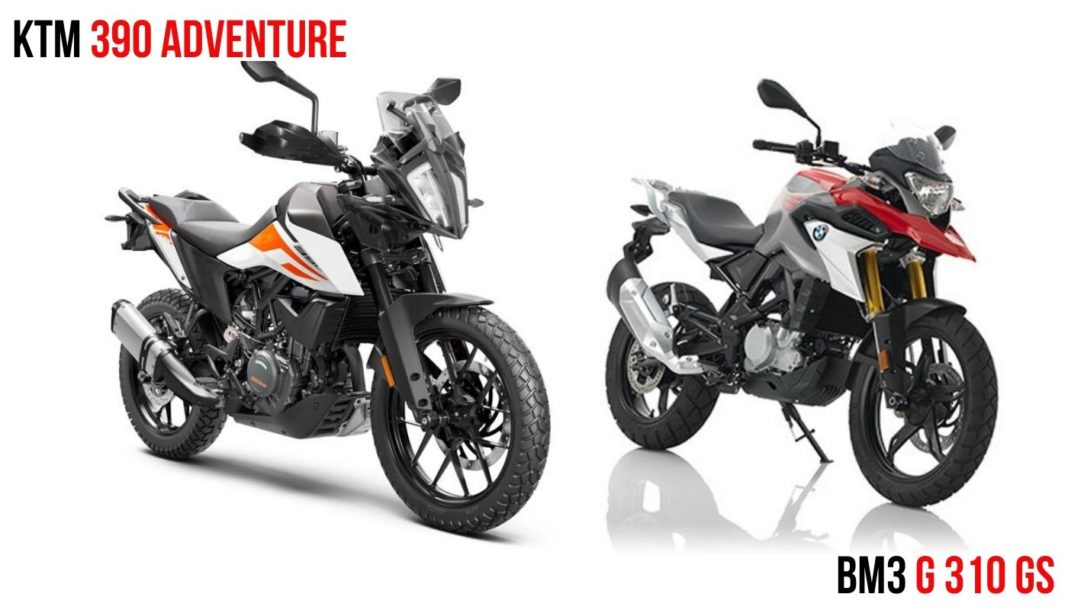 After a long wait, KTM has finally taken the covers off the much-awaited 390 Adventure tourer at the ongoing EICMA 2019 motorcycle show. The motorcycle will be showcased at the India bike week next month and will likely be launched towards the first half of 2020 in the country. The 390 Adventure receives some chassis input from the 450 Dakar rally bike. The 390 Adventure, when launched in India, will rival directly against the BMW G310 GS.

The KTM 390 Adventure takes its styling inspiration from the 790 Adventure. The motorcycle features a pincer type LED headlamp at the front that you will also find in the 790 Adventure tourer, a tall windscreen to protect the rider from windblast, and a redesigned fuel tank with tank extensions.

The 390 Adventure carries forwards the same TFT instrument cluster from 390 Duke with absolutely no change. The motorcycle also gets a sleeker rear profile and a different grab rail bar. To make the motorcycle look more practical and authentic, the 390 Adventure has been fitted with a knuckle guard and an engine bash guard as well.

The 390 Adventure variants showcased at the EICMA featured alloy wheels wrapped with dual-purpose tyres. What is impressive is also the fact that the adventure motorcycle features an impressive 200mm ground clearance and gets a seat height of 855mm. However, the seat height can be lowered with a low seat option while the raised handlebar would help the rider during long rides. 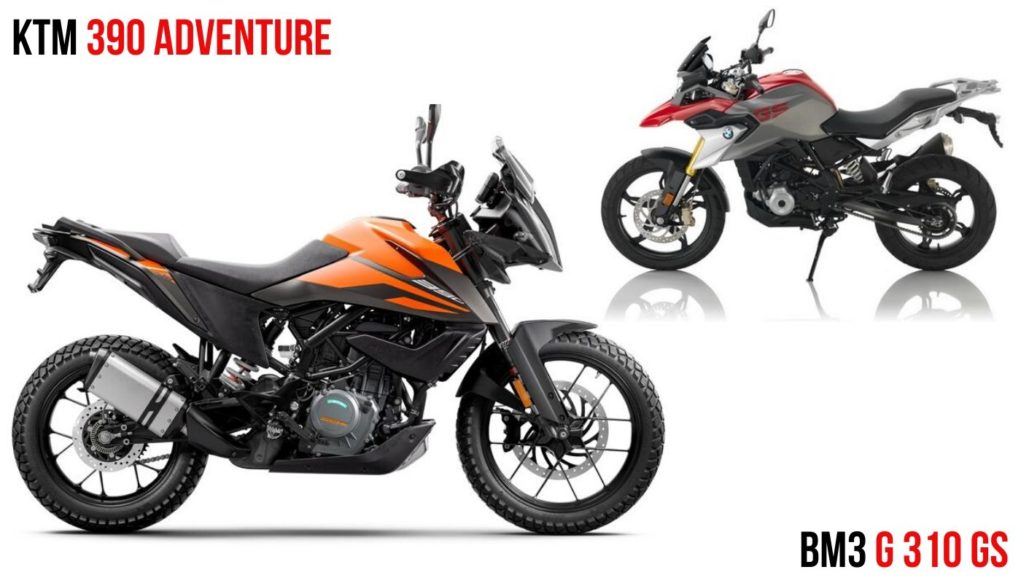 The BMW G310 GS, on the other hand, takes its entire styling inspiration from the bigger and more powerful  R1200 GS Adventure. The G 310 GS gets a tall and slim stance unlike its elder siblings. The front profile features a small conventional halogen headlamp, a beak-like protrusion on the front mudguard, and a big and bold GS lettering on the fuel tank.

The G 310 GS gets a single-piece seat for the comfort of the rider and pillion. It also features a fully digital LCD instrument cluster that looks a bit dated compared to its rival. The G310 GS has been fitted with 19-inch wheels at the front and 17-inch wheels at the rear. However, it does miss out on the LED DRL lamps and LED side turn signals available on its rival.

The KTM 390 Adventure is powered by the same 373cc, single-cylinder, fuel-injected, liquid-cooled motor that powers the 390 Duke. The engine paired with a six-speed gearbox produces about 43 bhp of peak power at 9,000 rpm and 37 Nm of peak torque at 7,000 rpm. The six-speed gearbox also gets a slipper clutch as standard.

The BMW G310 GS is powered by a 313cc, single-cylinder, liquid-cooled, fuel-injected engine. The unit paired with a six-speed gearbox produces about 34 bhp of peak power at 9,500 rpm and peak torque of 28 Nm at 7,500 rpm. This is the same engine that also powers the G310R Roadster. The G310 GS can reach a top speed of 143 kmph mark. The engine gets a counterbalanced crankshaft which helps reduce vibrations at higher RPMs. 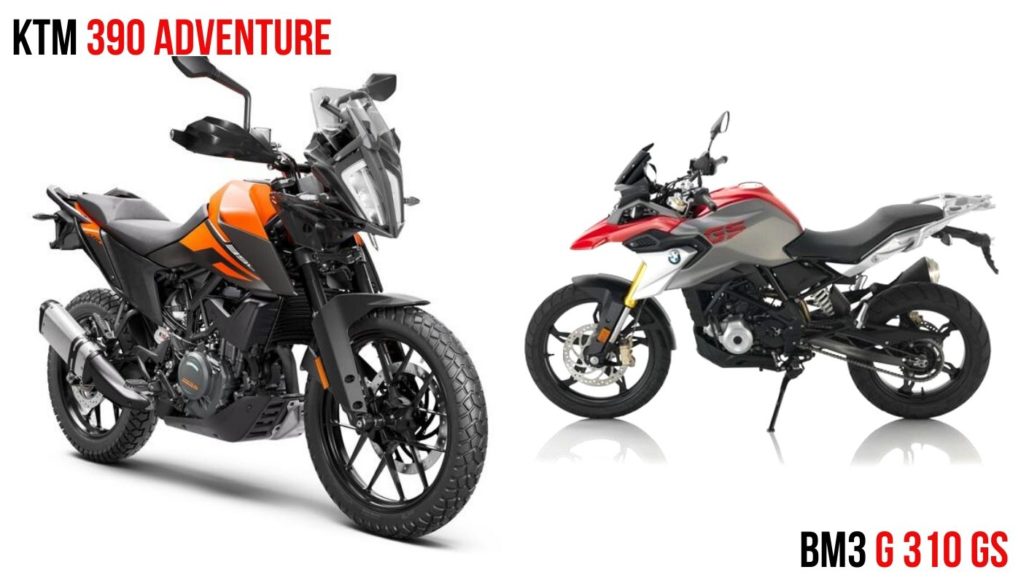