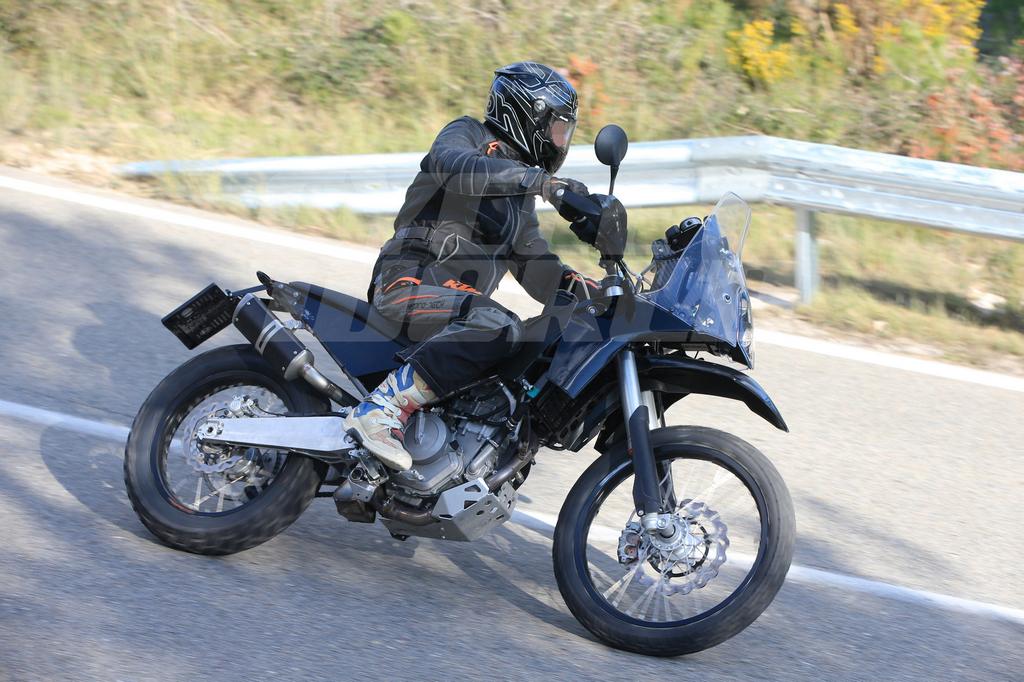 During the launch of the 2017 KTM RC390 and RC200 early last year, Bajaj Auto made a dynamite of an announcement confirming that the much-awaited 390 Adventure, based on the naked Duke 390, would be launched in India. It has now been stated to arrive in 2019 to the excitement of adventure enthusiasts.

Before an year or so, affording an adventure bike was far from reality. As for aficionados seeking, they would have to end up with premium manufacturers in the higher capacity segments. As a testament of how our market is growing, Indian brands are trying to make a mark and thereby descended in the Mahindra Mojo 300 and RE Himalayan while the KTM 390 Adventure’s direct rival from BMW, the G310GS, is launching very soon. Firstly, a brand new 390 Adventure was tipped to make its presence more than a couple of years ago and later a 250 cc adventure model was said to be in pipeline for India. Culminating the rumours gracefully, the new 390 Adventure will be based on the Duke’s flexible platform that has given way to the RC supersport series and the naked range. It is only logical to think that the model will be manufactured locally and exported to overseas markets. Thus, following the same trend as the 200 and 390 cc bikes that are competitively priced in domestic market, thanks to the low production costs endured here.

The test mules of the 390 Adventure had already been spied testing elsewhere and they hinted at several interesting bits. The 373.2 cc single-cylinder liquid-cooled fuel-injected motor producing 44 PS and 35 Nm in the Duke 390 could be tuned for low-end torque delivery and close ratio gearbox to suit the adventure needs.

Also Read: Exclusive: Bajaj Adventurer Trademarked in India; Could be RE Himalayan Rival While basically the mechanical components are expected to be borrowed from the naked 390, KTM will be using the adventure expertise learned from its 950 Adventure, 1190 Adventure and 1290 Super Adventure motorcycles. It is hard not to see stuff like long travel suspension, dual purpose tyres, adjustable swingarm, slipper clutch, ride-by-wire, bigger disc brakes and calipers, dual ABS, etc.

A recent set of spy images indicated a completed different take on the test mule that was spotted back in January 2017. It looked more conventional with a compact windscreen and a cleaner appearance. Moreover, the front brake and swingarm seem to have been borrowed from the 390 Duke. KTM could pit the 390 Adventure as a machine suited for both on- and off-roading with everyday suppleness and usability in mind to ensure all aspirations of its audiences are covered. 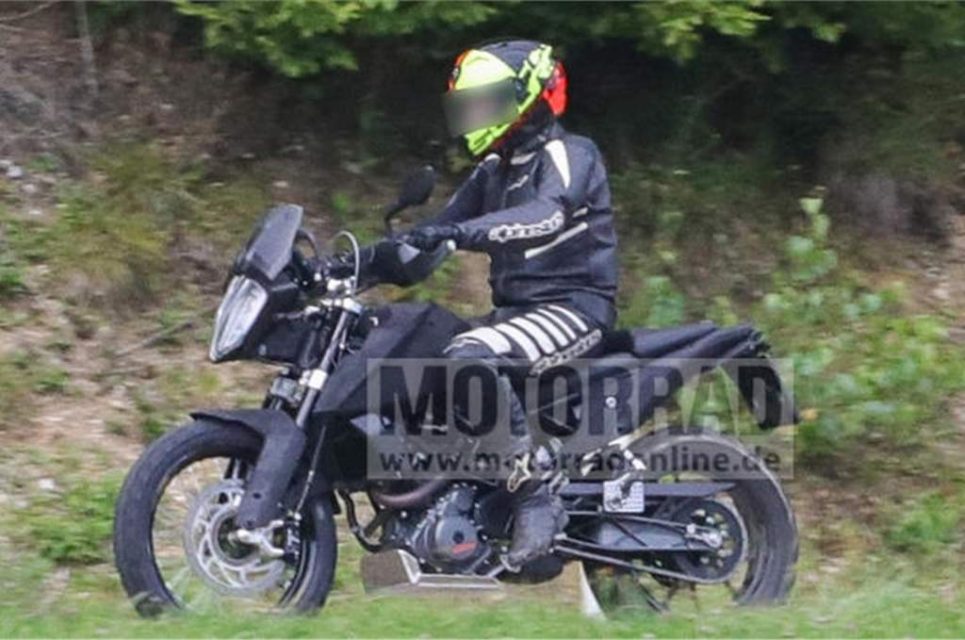 With the likelihood of Suzuki V-Storm 250 also launching in India is high in near future, the KTM 390 Adventure will only add excitement to the impending fierce competition in the premium dual-sport segment. Perhaps, if lucky, we could see the actual bike in concept form at the 2018 EICMA in Milan.