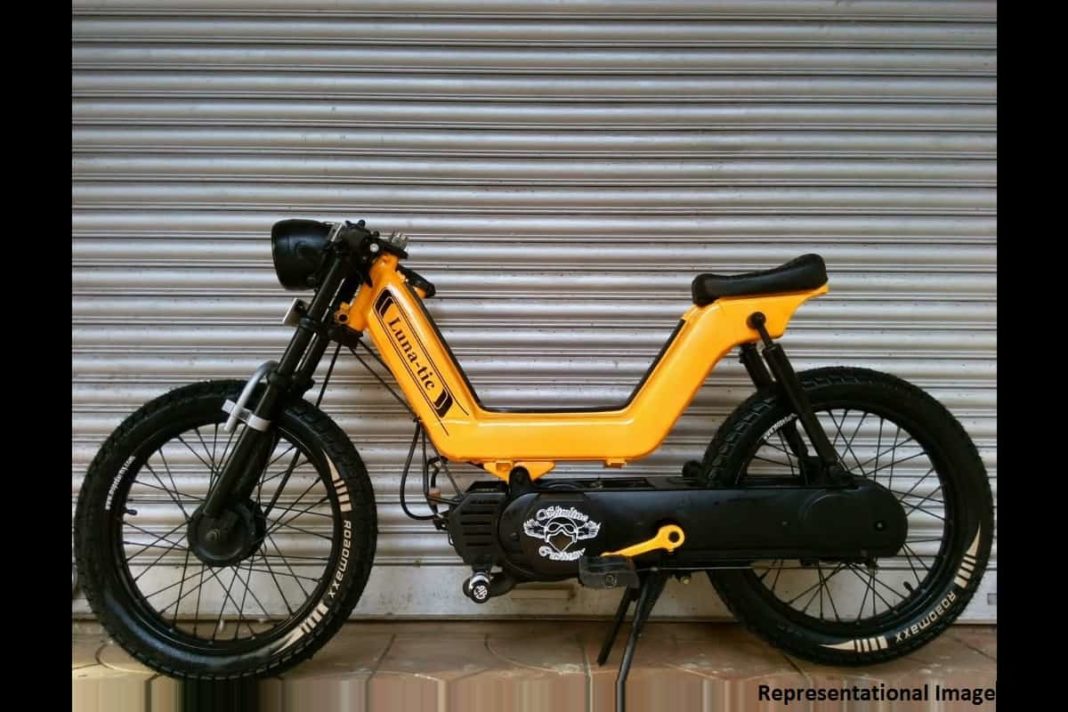 Kinetic Luna Electric is expected to be equipped with a 1kW motor and Li-ion battery pack; expect the range to be around 70 km to 80 km

For the India automotive aficionados, Kinetic is a definitive household name that the people from the bygone era have certainly cherished. The no-frills 50 cc moped with good build and economical characteristics, coupled with the easy-to-ride demeanour and the possibility of pedaling like a bicycle were loved by many.

The Kinetic Luna was introduced by Kinetic Engineering in 1972 and it was marketed in the United States as Kinetic TFR. The original Luna was a licensed copy of Piaggio Ciao moped. The “Chal meri Luna” advert was an iconic piece of Luna’s history as Kinetic became synonymous with scooter users and lovers. Just as any other legendary nameplate, the Luna succumbed to the then stringent emission standards.

It seems Kinetic Group is embarking on a similar strategy courtesy of the returning Luna as an electrified two-wheeler. While the details surrounding its debut is sparse, the report further suggests that the upcoming electric moped will likely be equipped with a 1kW motor and a Lithium-ion battery pack. Kinetic will be targeting good range with the Luna Electric reportedly as well.

It will have a top speed of around 25 kmph while the claimed range on a single charge could stand at around 70 km to 80 km. It will be positioned in the slow-speed category and thus no registration is required and the accumulated charges. The Kinetic Luna Electric moped could be priced under Rs. 50,000 (on-road) in the domestic market and it will have a decent features list.

The highly successful moped in India is undoubtedly the IC-engined TVS XL100 and the Luna Electric will compete against Gemopai Miso. It is said to have features such as an electric starter, LED Daytime Running Light, USB charging port and so on. The brand is currently concentrating on establishing itself in the electric rickshaw space and thus no immediate launch plans are there for the Luna Electric.