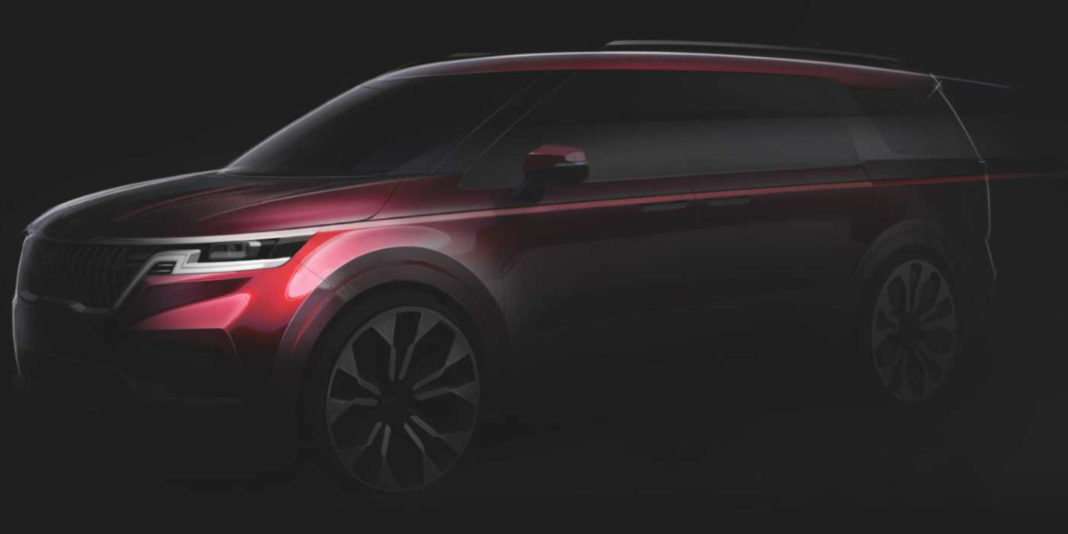 Codenamed ‘KY’, the upcoming Kia MPV will share its platform and engines with the Seltos, and will be positioned below the Carnival

Kia Motors India had previously declared that it only intends to focus on SUVs and MPVs for the Indian market. The South Korean manufacturer already has one MPV and to SUVs on sale in India right now, and soon, another MPV will be added to lineup, expectedly in January 2022, as per official Kia presentations.

The upcoming Kia MPV (codenamed KY) will be an India strategic model, the second one by the brand after the Sonet. It surely seems like India is quite an important market for the manufacturer, and considering the success it has enjoyed here, this is understandable. Of course, this new MPV will be exported to a few other countries as well, like perhaps Thailand and Indonesia.

The Kia KY will be positioned as a mid-level MPV, below the Carnival in the company’s lineup. It will be a 7-seater vehicle, built on the same platform as the Seltos (SP2) and Hyundai Creta (SU2). The upcoming Kia MPV could also share its components with the upcoming Hyundai Staria MPV, which is slated to enter production during the second half of this year. 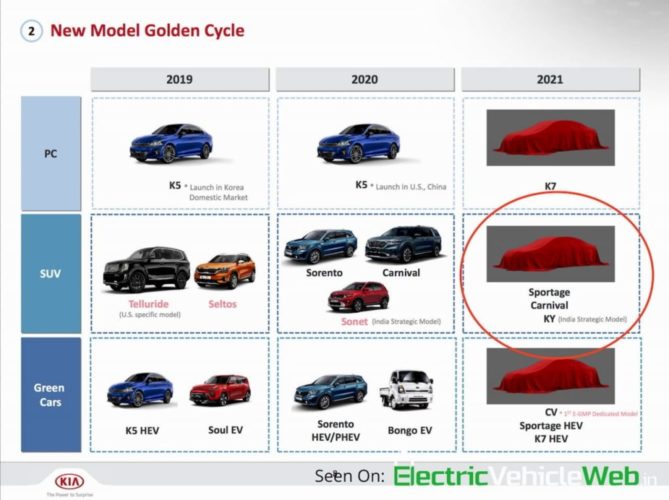 Kia is also expected to offer mild-hybrid tech on its future models, and the KY will also get the same at a later stage if not outright. The production version of the Kia KY will debut sometime during 2021, and is scheduled to launch in India during January 2022, as stated in the company’s documents. 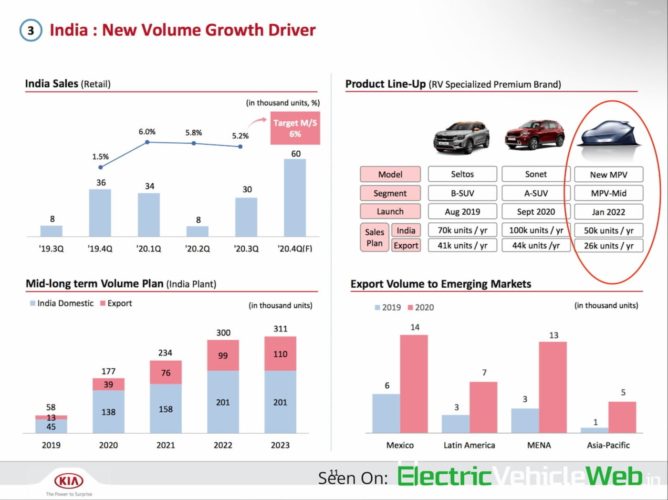 According to the manufacturer’s early estimates, the vehicle will retail around 50,000 units annually in India, and around 26,000 units will be exported to other markets. The Kia KY will rival the likes of Toyota Innova Crysta and Mahindra Marazzo in our market, along with the upcoming Maruti/Toyota MPV.