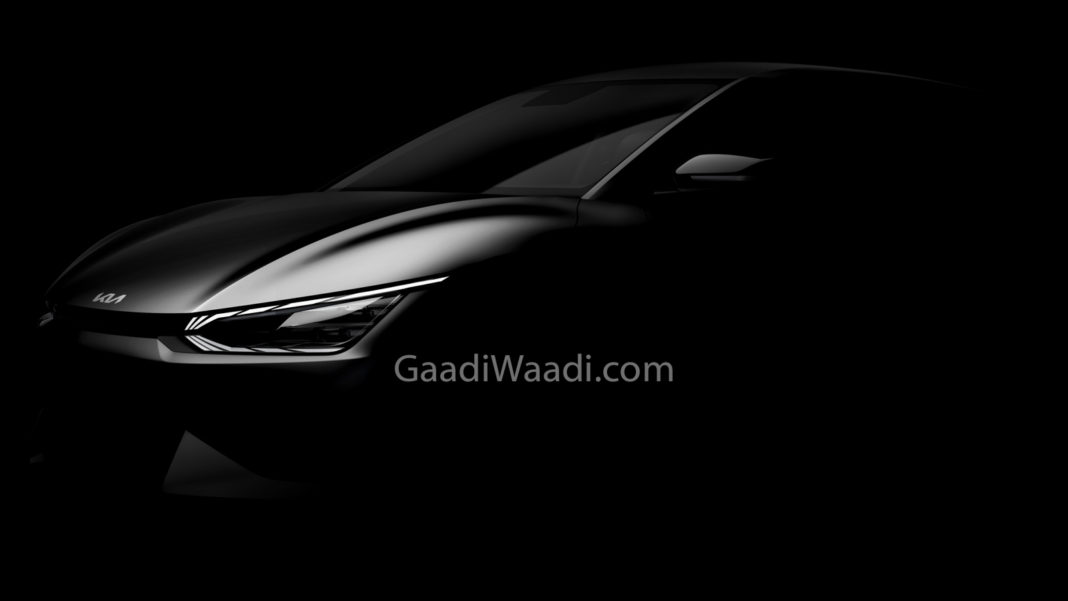 Kia Corporation has revealed the first official images of the EV6, i.e. its first dedicated battery electric vehicle (BEV) that will be based on the Korean carmaker’s new Electric-Global Modular Platform, or E-GMP. Known as the CV previously, the EV6 was spied on test about a month ago, and the car will debut in the first quarter of this year itself.

The EV6 will feature a bold design philosophy that “embodies Kia’s shifting focus towards electrification.” Kia’s new design philosophy is ‘Movement that inspires’, and according to Karim Habib, Senior Vice President & Head of Kia Global Design Center, the EV6 “has been designed to inspire every journey by offering an instinctive and natural experience that improves the daily lives of (our) customers, and provide user ownership that is simple, intuitive and integrated.”

Talking about the car, the teaser video tells us that the EV6 will feature a sleek design with a rakish windscreen that flows into a sloping roof. The video also revealed that the EV6 will have streamlined bodywork, flush-mounted door handles, an angular rear window, LED headlights as well as sequential turn signals along with unique brake lights. 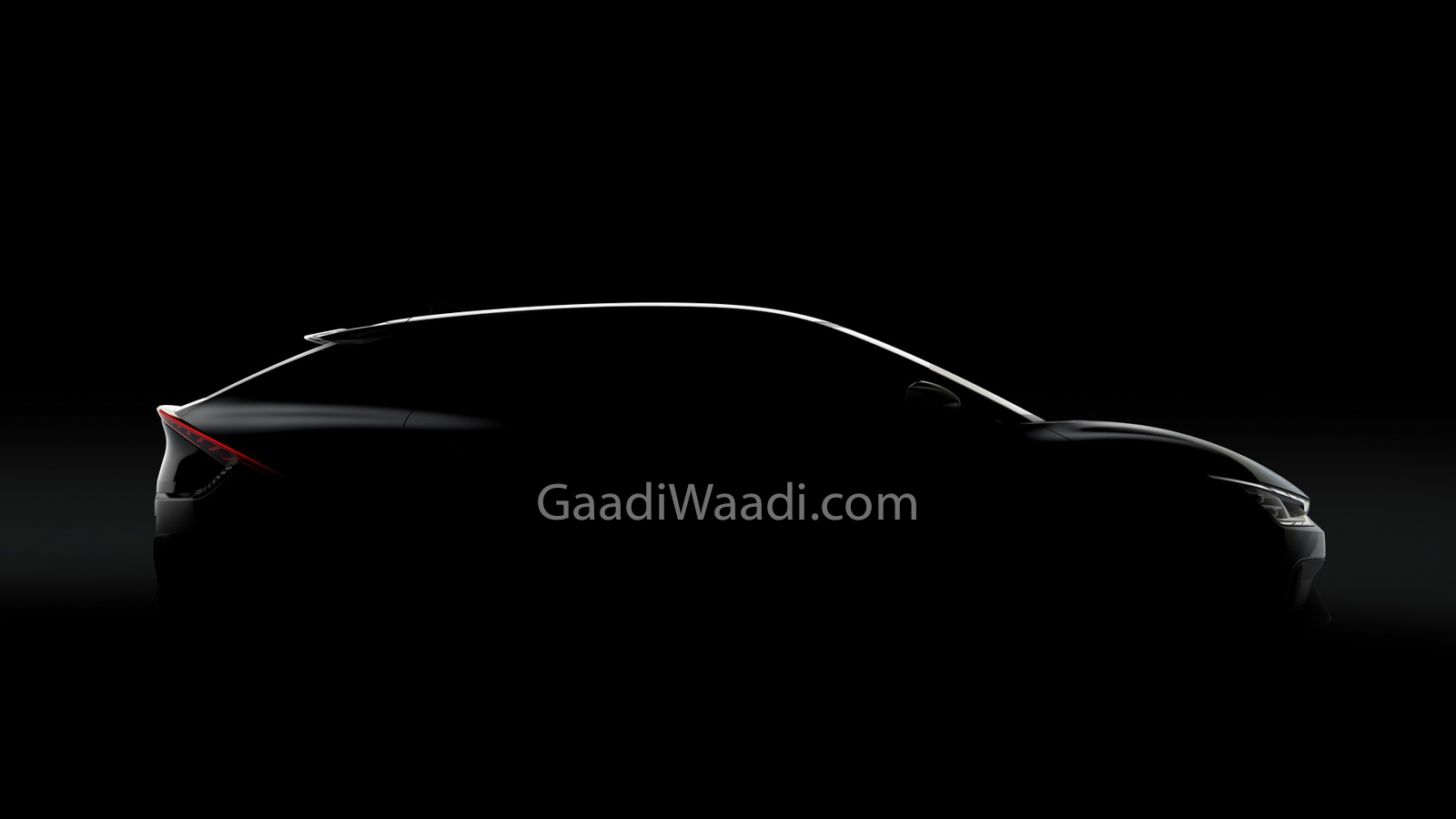 As part of Kia’s brand transition, all its upcoming dedicated battery electric vehicles will be named according to a new naming strategy, which according to the manufacturer, will bring simplicity and consistency to Kia’s EV nomenclature across the globe. All upcoming Kia dedicated BEVs will start with the prefix ‘EV’, followed by a number that corresponds to the said car’s position in the company’s portfolio.

Kia is yet to reveal any specifications of the EV6. That said, we expect the Kia BEV to be very much similar to the Hyundai Ioniq 5. Hence, the EV6 could be offered with 58- and 72.6 kWh battery packs with rear- and all-wheel-drive configurations. The latter gets two electric motors that have a combined power output of 306 PS and 605 Nm. 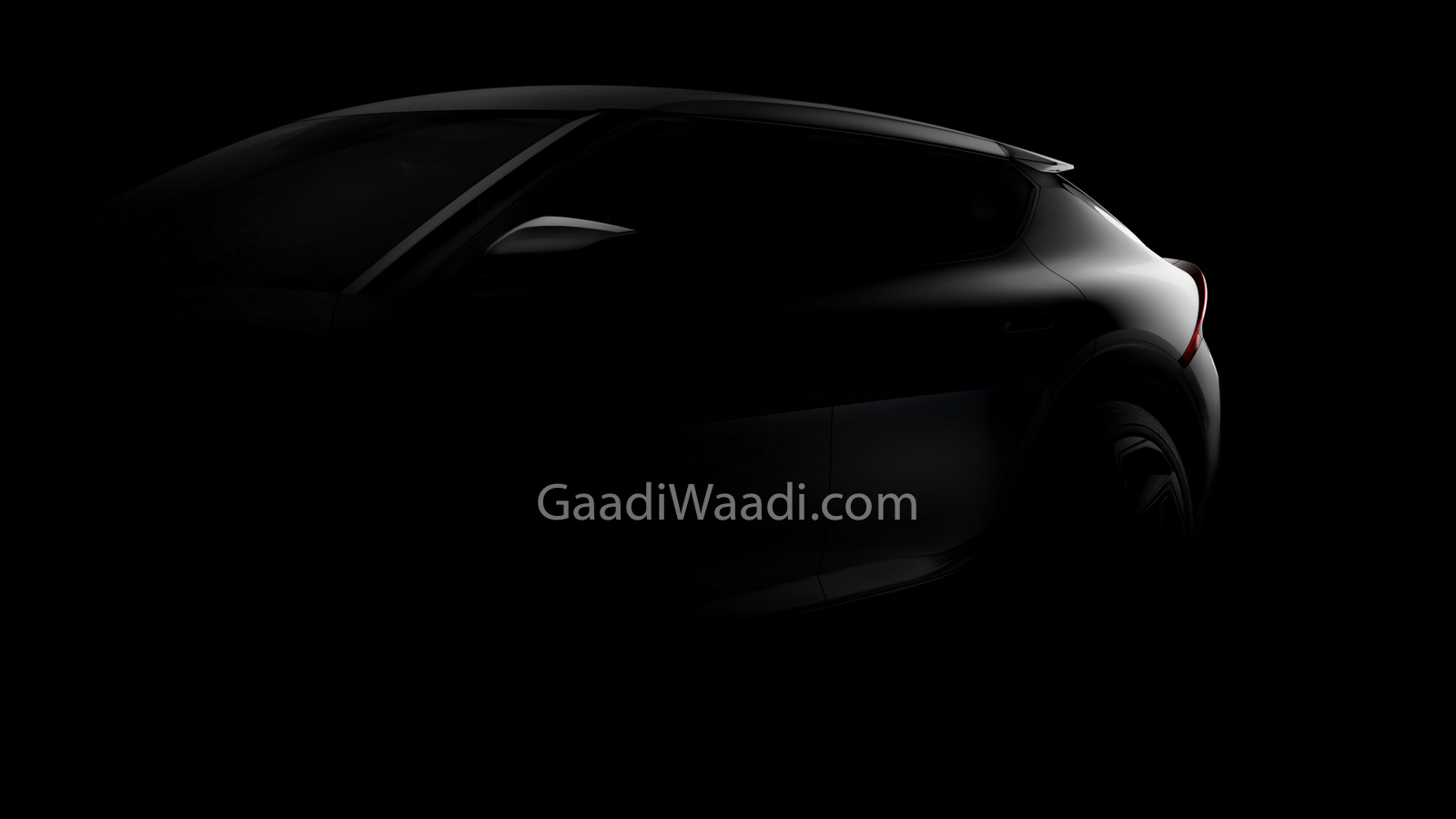 The all-wheel-drive version can spring from 0 to 100 kmph in just 5.2 seconds, while the front-wheel-drive model gets a larger battery pack that boasts a range of 480 km as per the Worldwide Harmonized Light Vehicle Test Procedure.