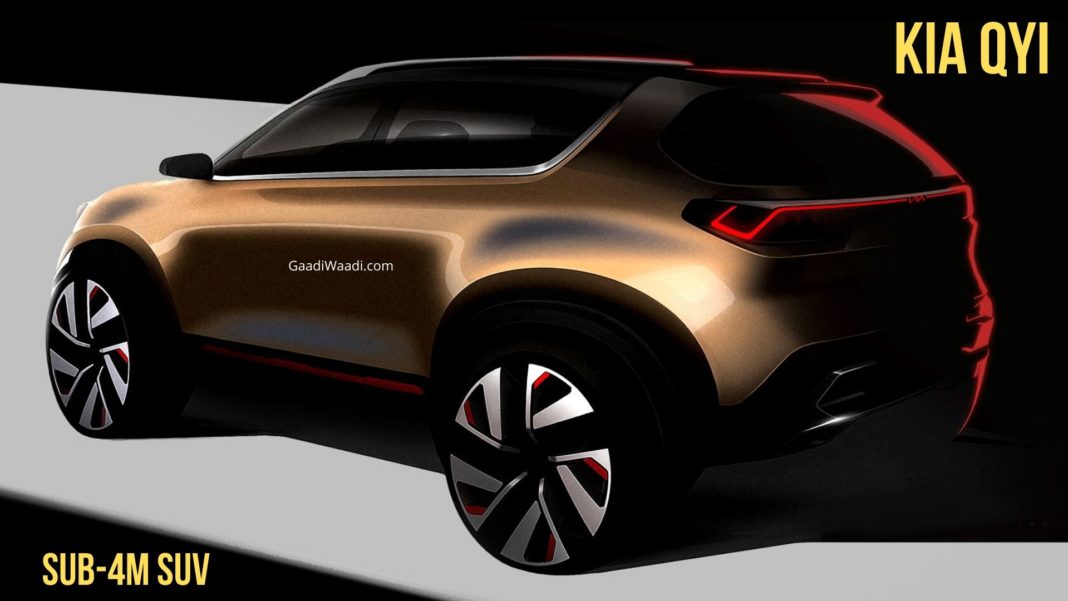 The production version of the concept will compete against Maruti Suzuki Vitara Brezza, Hyundai Venue, Tata Nexon and Mahindra XUV300

kia Motors India Limited has officially revealed the design sketches of its brand new concept bound for the 2020 Auto Expo. As we suspected it will likely go by the name Sonet as the concept will spawn a production sub-four-metre SUV during the course of this year. It will be positioned below the successfully running Seltos and act as the most affordable SUV from the brand targetting volumes.

Cloaks will be lifted off the Kia Sonet concept at the 15th edition of the Auto Expo scheduled between February 5 and 12. The design sketches do reveal several styling details that will be used on the road-going version. Just like any other conceptual study, the Sonet gets exaggerated form of the design elements and they can be very well seen throughout.

For instance, the front fascia gets a highly aggressive Tiger Nose grille with black inserts and the hook-shaped LED lights add to the glitter of the SUV concept. They are compounded by the muscular front bumper and sophisticated air inlet while the bonnet dips into the rather upright facade. Other notable details are chubby wheel arches, flowing character lines and chunky wheels in dual-tone finish. 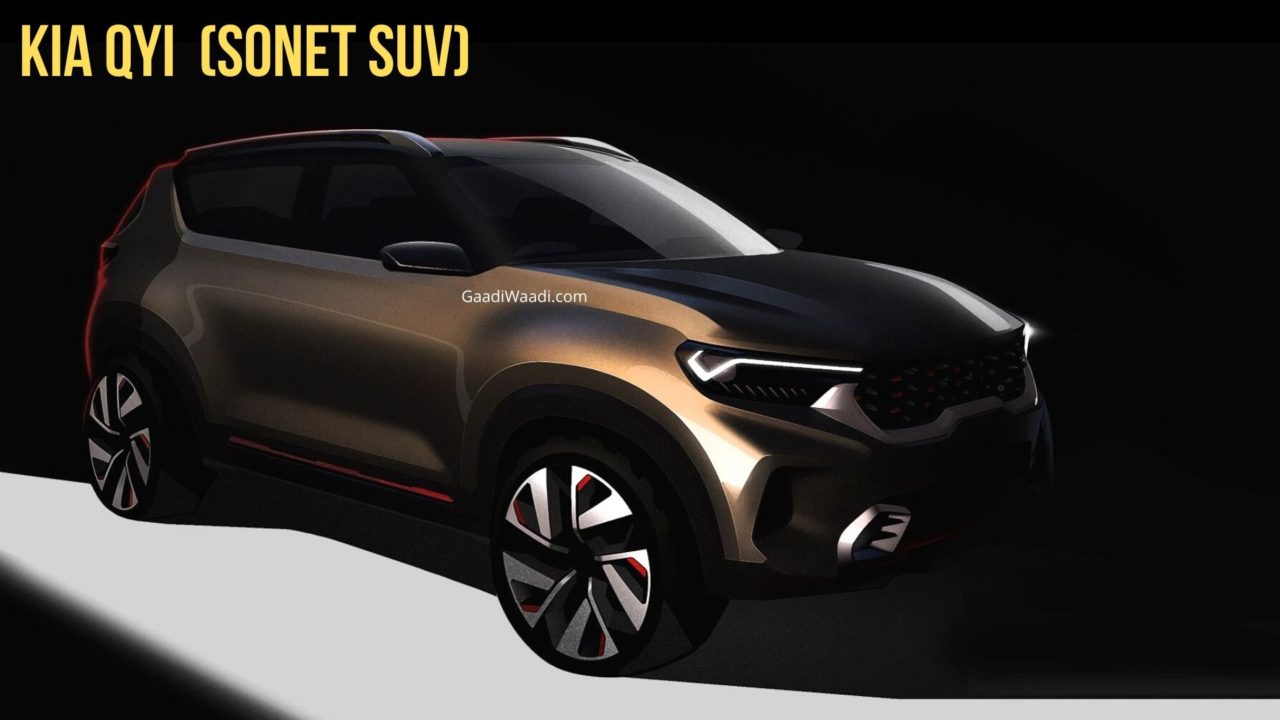 The heavily raked and dramatic black windshield leads on to a sloping roofline with roof bars and the pillars seem to be non-existent. The South Korean auto major has applied red highlights all around to bring a sporty vibe to the concept and the same contrast red and black theme could be used on the inside too. The prominent rear end comprises of trapezoidal tail pipes, and think LED tail lamp strip covering the entire width.

The chromed window line and glossy sleek wing mirrors can also be seen from the teaser sketches. Kia says the bold concept will embody the brand’s ‘Power to Surprise’ slogan in India. What has been widely recognised by the internal codename QYi, the compact SUV is believed to sit on the same platform as the Hyundai Venue.

Therefore, the 1.0-litre turbo GDI three-cylinder petrol, 1.2-litre Dual VTVT Kappa petrol and 1.4-litre CRDi diesel engines will likely be on offer with manual and transmission choices. Just as the Venue’s USP being the Blue Link connectivity features, Kia will likely rope in its UVO Connect with in-car connected technologies and app based functions.