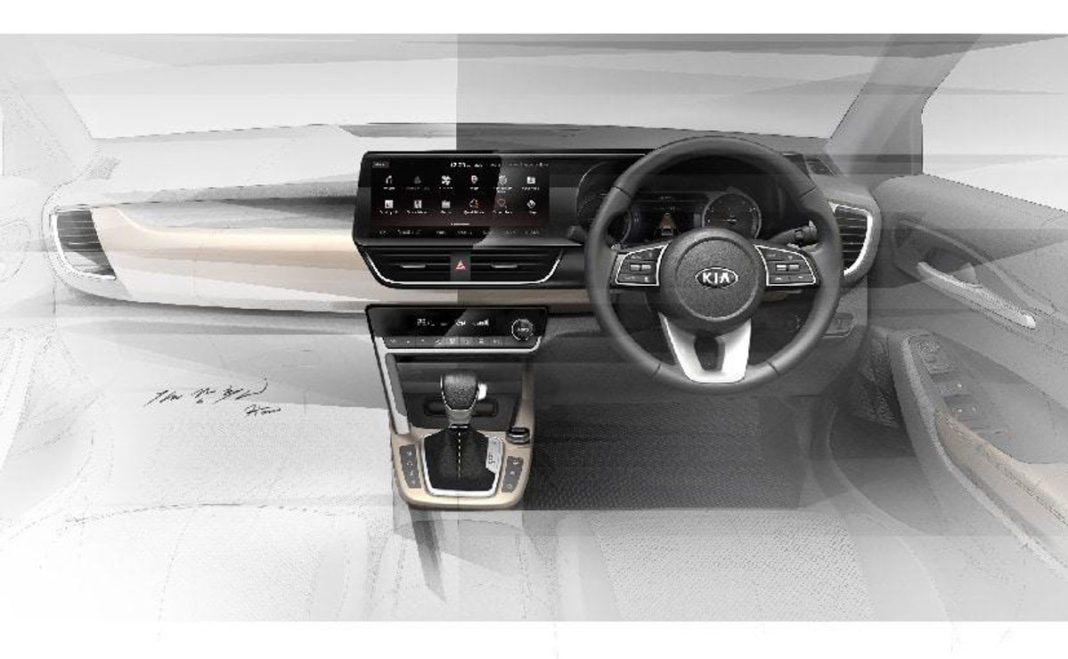 Kia SP2i will go on sale in the coming weeks to take on Hyundai Creta, MG Hector, Tata Harrier and Nissan Kicks

Kia Motors India will be debuting its first vehicle in India, the SP2i, on June 20. Leading up to the event, the compact premium SUV has been actively teased on social media and now the official design sketches of the interior have been posted online revealing many details.

The production SP2i is derived from the SP concept showcased at the 2018 Auto Expo and it carries plenty of importance for the brand’s initial sales push. The South Korean auto major has big intentions for India as it aims to become the fifth largest brand in the near future and its aspirations will reflect on its products.

The interior design sketch of the SP2i reveal a rather futuristic design as minimalistic use of physical buttons is a major advantage. This leads to all the operations being oriented towards the massive touchscreen infotainment system as the floating unit is horizontally positioned unlike the Tesla-inspired unit found in the upcoming MG Hector. 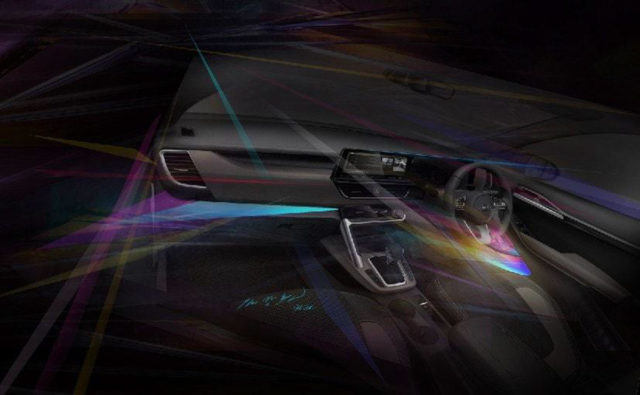 While the Hector’s is a 10.4-inch system, the SP2i has it at 10.25 inches with air vents positioned on either end of the multi-layered dashboard, which will have a premium quality finish. The touchscreen will enable Apple CarPlay and Android Auto connectivity along with other functionalities including satellite navigation, 360-degree camera, voice commands and so on. 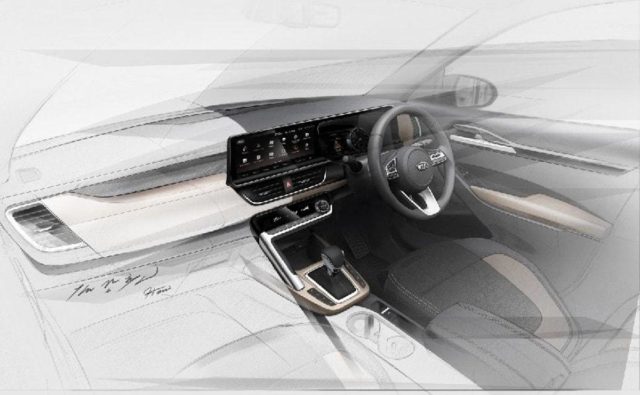 The multi-functional steering wheel is a three-spoke unit and the centre stack shows that the SP2i will be offered with an automatic transmission. The SP2i will likely be sold with a 1.5-litre petrol and 1.5-litre diesel engine choices with a six-speed manual gearbox as standard. It will boast several driver assistive and safety features as well upon arrival.