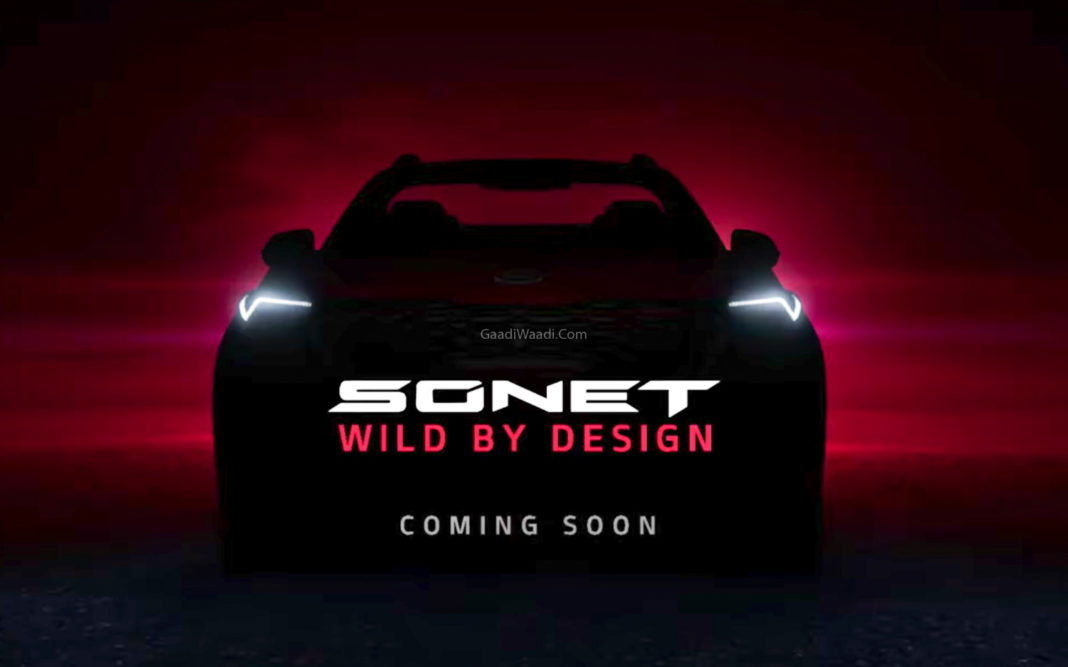 Kia Motors India has released a new teaser video of the Sonet again ahead of its global premiere. Endorsed as “Get ready for a new level of wild”, the compact SUV has domestic as well as international significance for the South Korean auto major. It will be unveiled on August 7 and is expected to make a huge impact in the sub-four-metre SUV segment.

The latest teaser shows the LED tail lamps flanking the Kia badge, rear windscreen wiper, roof rails, antenna and sculpted tailgate of the upcoming five-seater. Claimed to be “wild by design”, the Sonet’s entire body was in shadows at the end of the video amidst showing the integrated LED Daytime Running Lights as Kia has opted to go with the traditional design instead of a split headlamp cluster as in the Venue.

Courtesy of recent spy shots and teasers, we got to understand how the Sonet would look like. It will have a kink in the rear quarter glass area, rear bumper with horizontal reflectors and skid plate, blackened wheel arches, silver finished wheel covers and black cladding along the lower part of the doors, a bold front fascia with headlights, contrast red inserts on the Tiger Nose chromed front grille, a sporty front bumper with faux air scoops, 16-inch alloy wheels, etc.

The Sonet will have plenty in common with the well received Hyundai Venue in terms of mechanicals and features and it will be positioned below the Seltos to strengthen the brand’s SUV portfolio. As for the performance, a 1.2-litre petrol, a 1.0-litre three-cylinder turbocharged petrol and a 1.5-litre diesel engines will more likely be used.

The compact SUV will go up against Maruti Suzuki Vitara Brezza, Hyundai Venue, Tata Nexon, Ford EcoSport, Mahindra XUV300 and Honda WR-V and it will get two new rivals in the form of Renault Kiger and Nissan Magnite in the near future. Expect the Sonet to feature many segment-first features to differentiate itself from its competitors.