Kia Motors India launched its first product domestically in August 2019 as the Seltos became an instant fan favourite. The bookings of the mid-size SUV skyrocketed since the very beginning and within a short span of time, the Seltos reached to the top of the sales charts in its segment by beating the long time leader Hyundai Creta.

Moreover, the Seltos romped to the top of the overall SUV sales tables as well and in the first month of the year, it achieved 15,000 sales milestone. There is no secret that the South Korean manufacturer ramped up its production to meet the demands of the customers and thus the five-seater was available with the high waiting period.

It does not seem to be the case anymore as the waiting periods across the range have significantly reduced. The Seltos is retained in a wide series of three powertrain options: a 1.5-litre petrol, a 1.5-litre diesel and a 1.4-litre turbocharged petrol. All of them meet the BSVI emission standards and are mated to a six-speed manual transmission as standard. 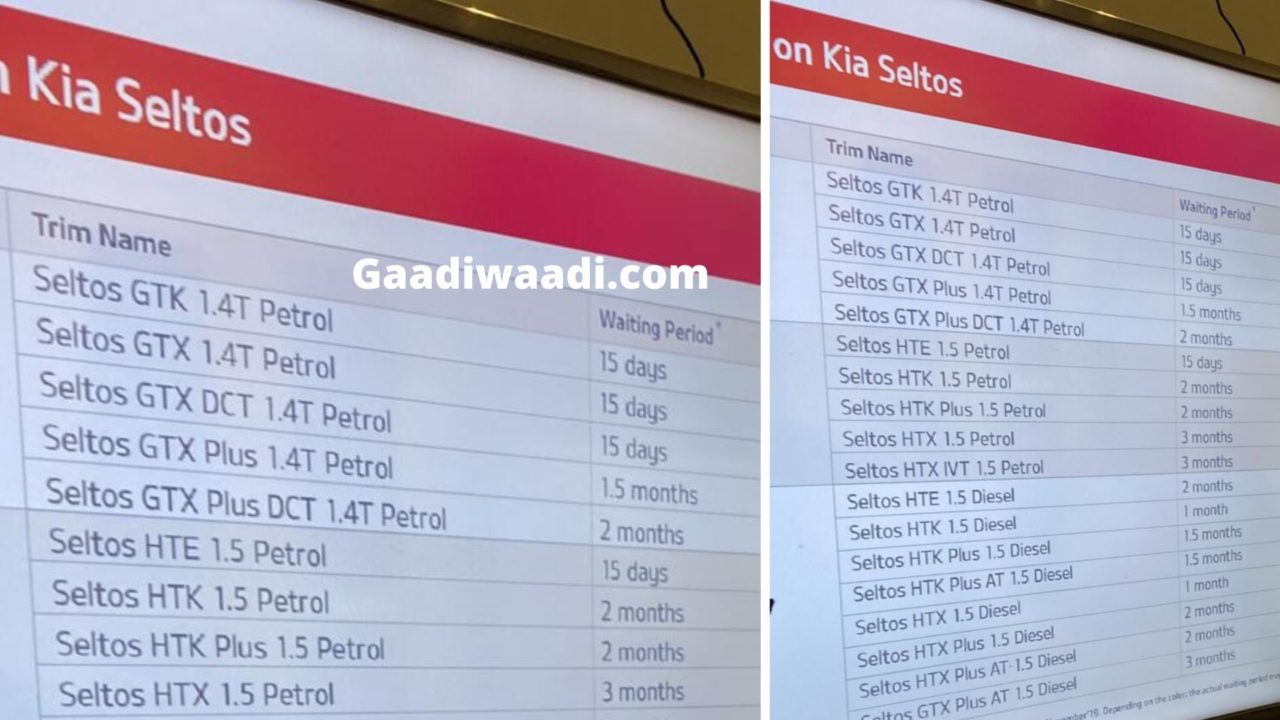 The three engines get different automatic gearboxes altogether as the smaller petrol uses a seven-speed DCT, 1.5-litre diesel is paired with a six-speed torque converter AT and the petrol motor with a CVT. The 1.4-litre turbo petrol unit sold in GTX trims produces 140 PS and 242 Nm. It commands the lesser waiting period of just 15 days, as does the 1.5-litre petrol in the HTE variant.

The single HTE 1.5-litre diesel trim asks for two months, while the HTK and HTX variants have the lesser waiting period of a month each. The HTK Plus and HTX Plus grades demand 1.5 months and two months waiting period and it increases to three months for the GTX Plus AT 1.5 diesel.