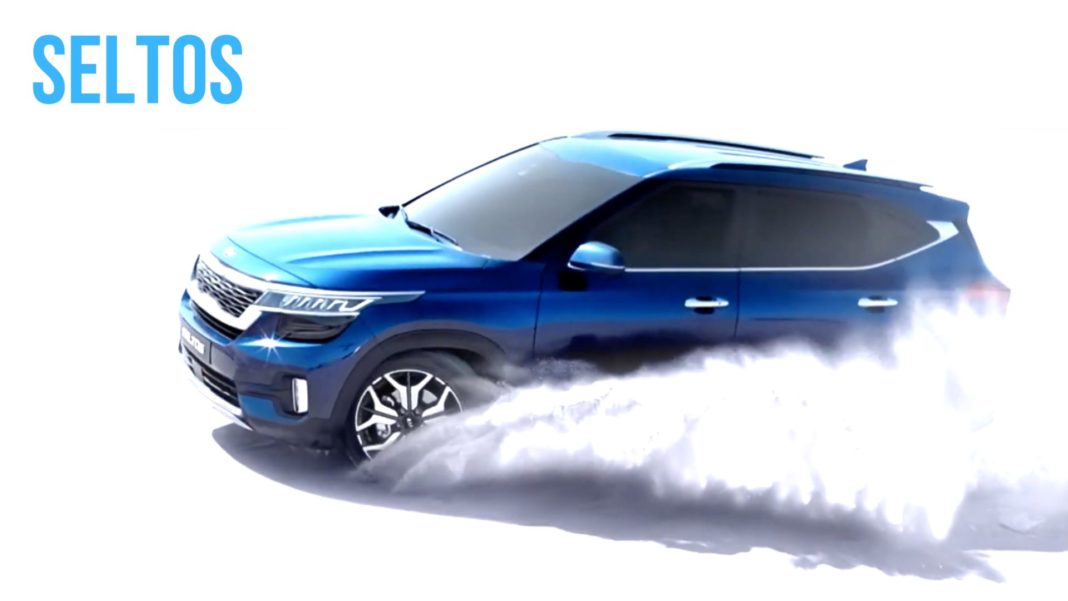 Kia recently started accepting the bookings of the Seltos SUV at a token amount of Rs. 25,000 and received an overwhelming 6,046 bookings

The TVC for the upcoming Kia Seltos is out for the international markets as the video showcase a left-hand drive vehicle and not the other way around. However, the TVC puts on focus the Kia Seltos mid-SUV’s design, highlighting a blue coloured vehicle moving in a desert. The video also highlights the ambient lightning on speakers and the cabin design.

Kia Motors, the well-known South-Korean auto brand officially started accepting the bookings of the Seltos mid-SUV on 16th July 2019 at a token amount of Rs. 25,000. Within the one day of the opening of bookings, Kia received an overwhelming 6,046 bookings, a record for India.

The world’s 8th largest automaker recently revealed the Seltos at a global premiere in Delhi after it was showcased at the 2018 Auto Expo as the SP2 concept. Kia started accepting the offline bookings via 160 touchpoints and online bookings via the Kia website.

The Seltos name has been inspired by Greek mythology and the legend of Celtos, the son of Greek god Hercules. Kia will launch the Seltos SUV on 22nd August 2019 and will manufacture the car at the company’s Andhra Pradesh based facility. The dealership brochure of the Kia Seltos has also leaked ahead of the start of the official bookings.

Kia Seltos will compete against the likes of Hyundai Creta, upcoming Maruti Suzuki Creta, Tata Harrier and MG Hector among others. Kia Seltos is expected to get a price range of Rs 11-17 lakh (ex-showroom).