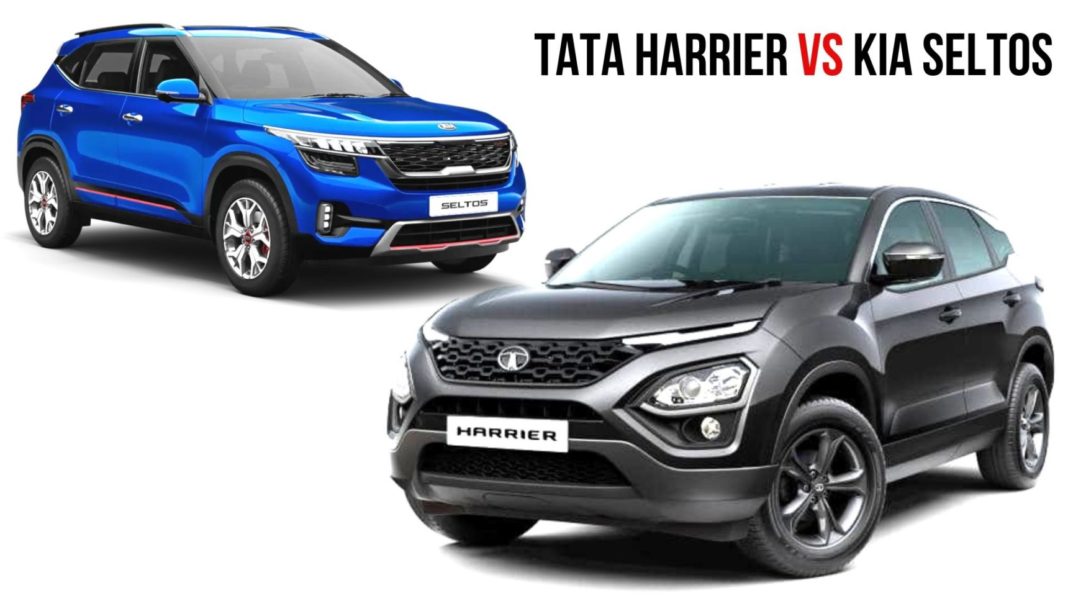 Our comparison of Kia Seltos with Tata Harrier pits the two SUVs against each other on aspects like specifications, dimensions, design and prices

The Kia Seltos has become the new sensation in the compact SUV segment, so much so that it has pretty much shifted the attention of many SUV enthusiasts away from the MG Hector and towards itself. Well, this is something that even the MG Hector did to the Tata Harrier, which became the first of the three hottest SUVs of recent times. Speaking of the Seltos, it has been launched at a starting price of Rs 9.69 lakh (ex-showroom) for the petrol model and Rs 9.90 lakh (ex-showroom) for its diesel version.

All the trims of the new SUV come with many features and there’s even a sporty GT Trim with a 1.4-litre turbocharged petrol engine to take the game to the next level by impressing the performance enthusiasts. All this is surely enough to dent the sales of the Tata Harrier, or is it? We find out in our Kia Seltos vs Tata Harrier comparison here. 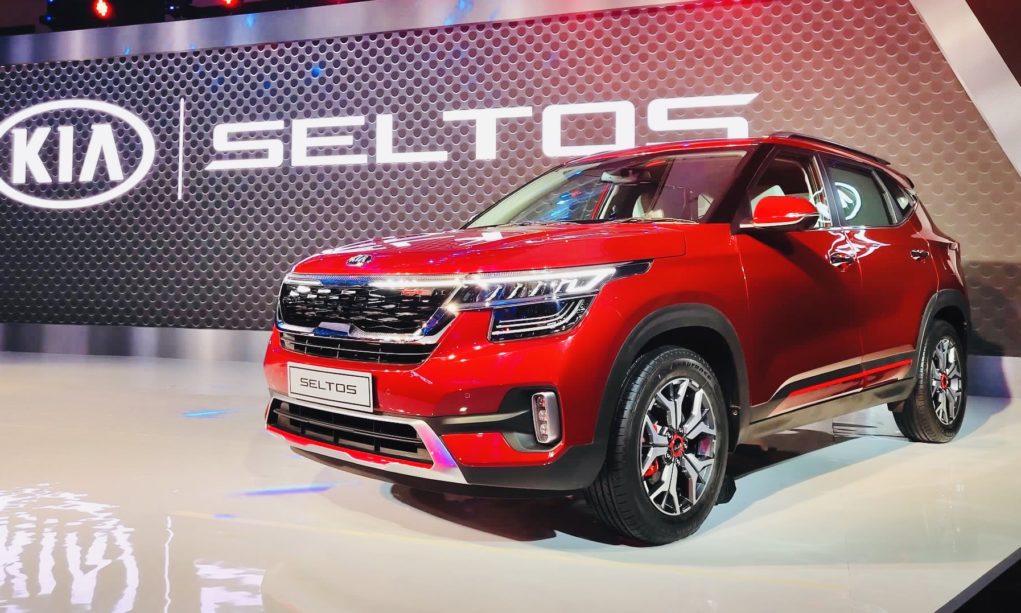 Between the two SUVs, it’s certainly the Harrier that benefits from more power and torque. The Seltos comes with a 1.5-litre oil-burner that produces a maximum power of 115 bhp and a peak torque of 250 Nm. It is available with a 6-speed manual transmission and a 6-speed torque-converter automatic gearbox choices.

On the other hand, the Harrier is available with a 2.0-litre diesel engine that produces a maximum power of 140 bhp and a peak torque of 350 Nm. The diesel motor comes mated to a six-speed manual transmission. 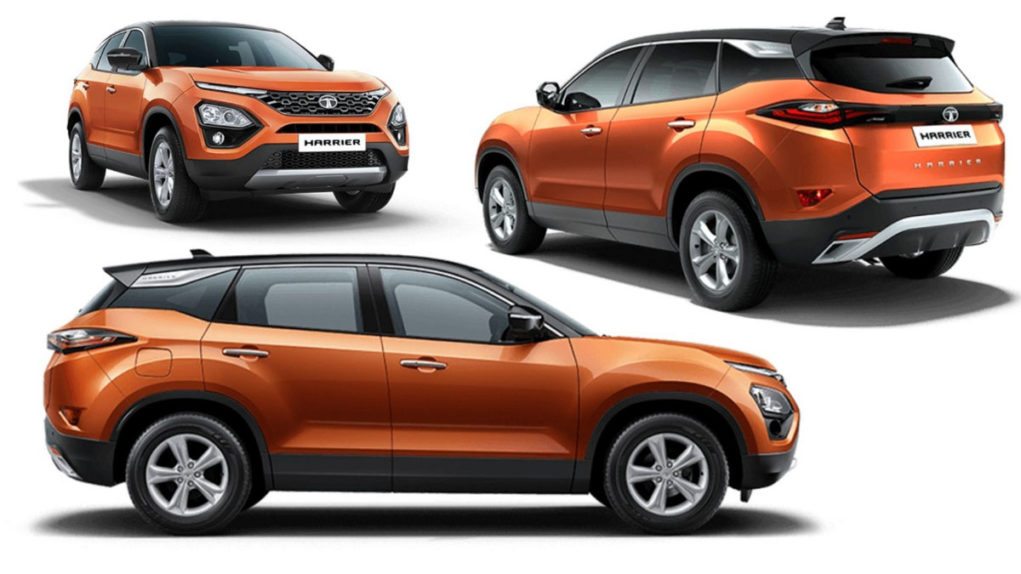 While the former produces a maximum torque of 144 Nm, the latter, which is a turbocharged motor, offers 242 Nm. Both the motors come mated to a 6-speed manual transmission as standard. Also, while the 1.5-litre petrol engine comes mated to a CVT, the latter is available with an optional 7-speed dual-clutch transmission option. 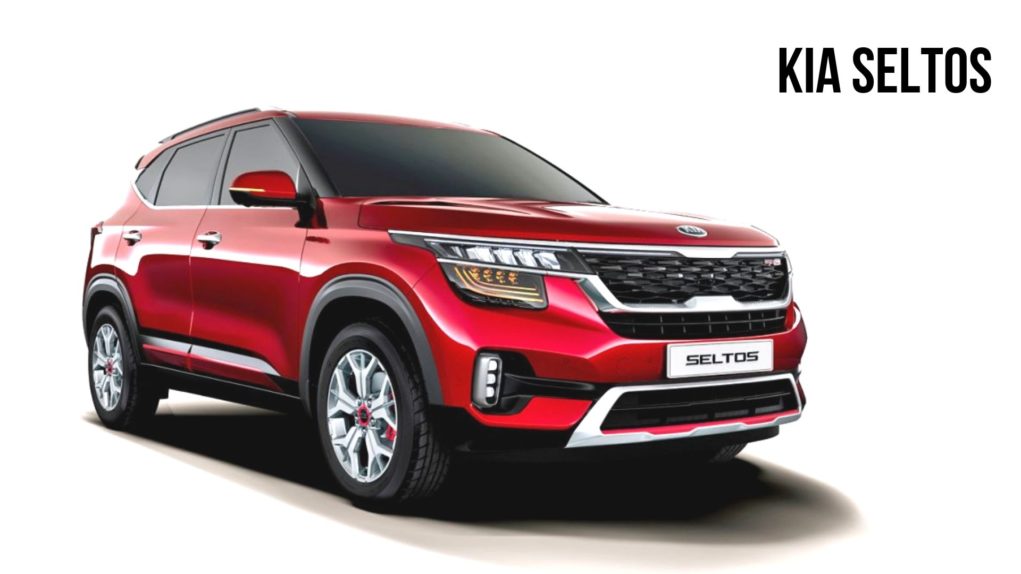 Among the two SUVs, it is the Kia Seltos that looks smaller. It measures 4,315 mm in length, which makes it almost 300 mm shorter than the Tata Harrier. It is also 94 mm narrower than the Tata SUV. Also, the Harrier towers over the Seltos with a height advantage of 131 mm. It also has a 15 mm higher ground clearance.

While the design is a matter of personal choice, we think it is the Harrier that holds an advantage over the Seltos in terms of design. Based on the IMPACT 2.0 design language, the Harrier looks really very modern and almost has a futuristic design. Its front-end has a multi-tier lighting system. 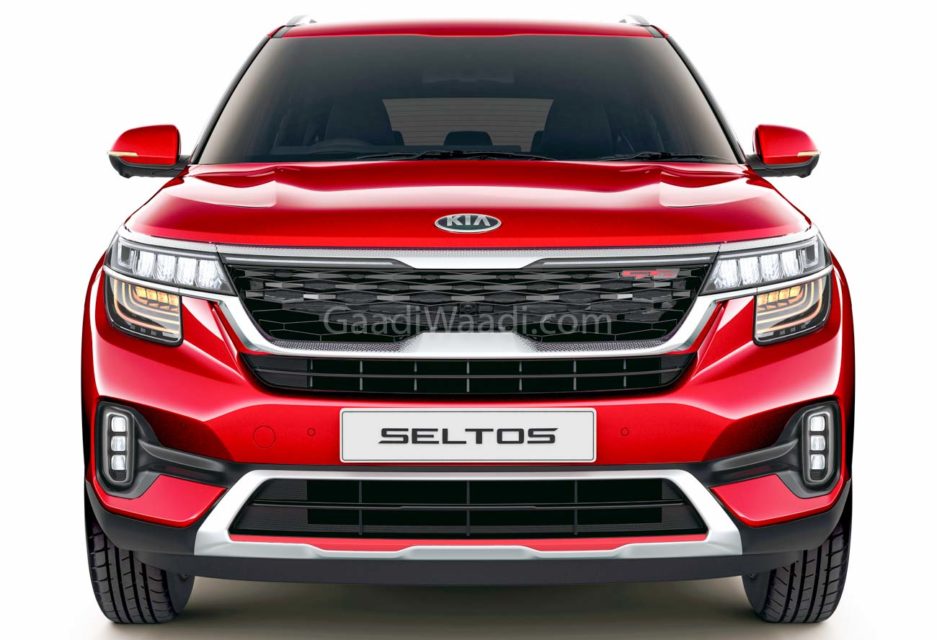 In fact, it became the first SUV in the country to have this multi-level lighting setup at front. A similar setup can be even seen on the Seltos and the MG Hector. The Kia Seltos also looks very modern and comes with a pretty attractive design. Sure, it does not look as futuristic as the Harrier but does have a smart-looking exterior and a pretty bold stance.

Its front-end gets the signature Tiger Nose grille and an all-LED lighting setup up front. It will definitely turn heads due to its modern looks but will not have the appeal of the Harrier due to its smaller size and a design that is nowhere as futuristic.

Specification – This is one area where the Kia Seltos holds a huge advantage over the Tata Harrier. First, it has two petrol engine options. While one of these can be bought by those who have low monthly usage, the other is a high-performance turbocharged engine that should be loved by the performance enthusiasts. Moreover, what is even better is that all engine options come with an automatic transmission option. 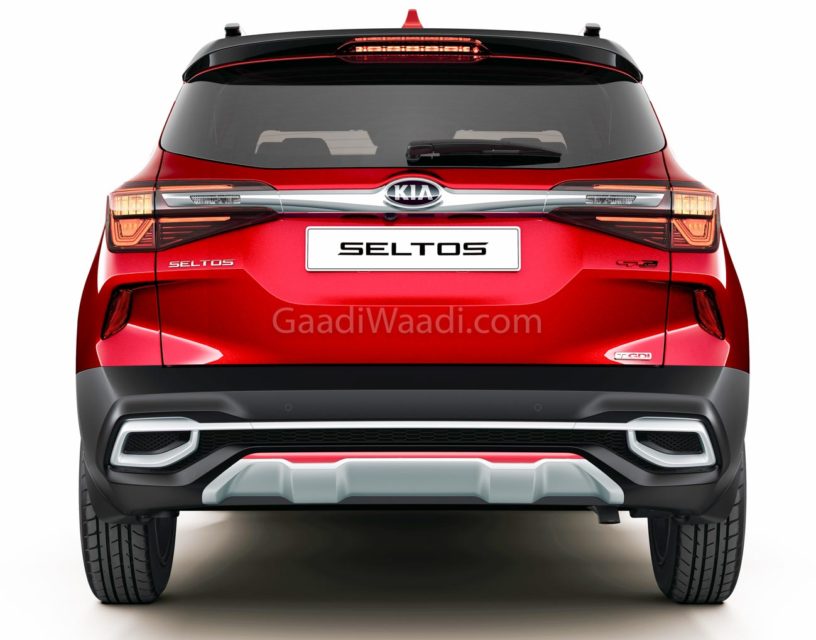 Dimensions – The Tata Harrier is clearly a bigger SUV among the two. Hence, for all those who believe in the Big is Beautiful theory, it is the Harrier that will have a higher appeal. Also, the Harrier has a 15 mm higher ground clearance.

Design – Design is a matter of personal choice but if you ask us, it is the Harrier that takes the cake with its highly modern looks. It even looks a bit futuristic due to its Impact 2.0 design theme and what further helps it have a higher street presence is its bigger dimensions and a bolder stance.

Prices – The Kia Seltos is the winner of this part of our Kia Seltos vs Tata Harrier comparison. Not only is the base model of the Seltos much cheaper than that of the Harrier, even its top-spec version, which comes with more features, is cheaper.

The Kia Seltos is smaller than the Tata Harrier. Also, the diesel engine of the former is less powerful than that of the latter. However, it offers automatic transmission options for all its engine variants and even offers some additional features. It also offers two petrol engine options. Hence, overall, the Kia Seltos comes across as the clear winner of our Kia Seltos vs Tata Harrier comparison.