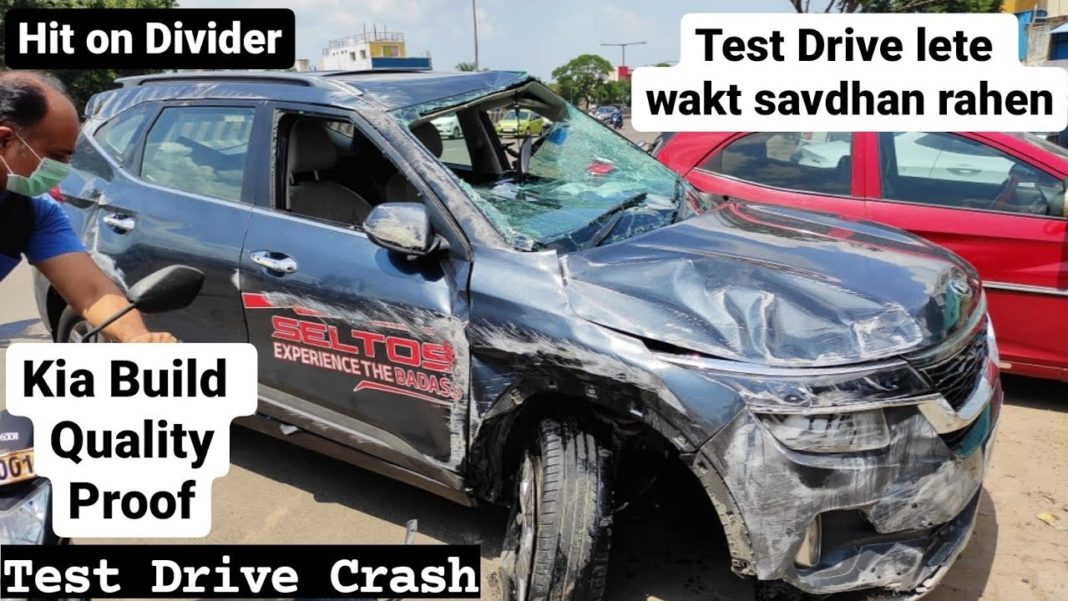 The Seltos was launched as Kia Motors’ first product in the Indian market in August 2019, which means that the car has completed a year in the country. In its first year, the Seltos has gone on to become one of the most popular SUVs in the entire Indian market, and its popularity only seems to grow with time.

The secret to Seltos’ immense success is probably the fact that the car is a complete package. Whether its looks, equipment list, powertrain and gearbox options, or even the safety features – the Seltos excels in all departments. Given the fact that safety has today become one of the most important factors that one considers while buying a new car, Kia Motors has certainly not compromised in terms of safety tech on offer.

However, safety features alone aren’t enough, and a car’s build quality plays an important role in deciding how safe that particular car actually is. Well it looks like Seltos ticks all the boxes in that front too. Here is a video uploaded by Syed Sameer on his YouTube channel that shows a Kia Seltos test drive car being involved in a brutal accident.

The exact reason of the crash is unknown, but it looks like the incident occurred because of some mishap with the front driver side tyre of the car, since the Seltos turns to its right in a jiffy, and the driver seems to have lost control of the SUV. The Seltos ends up ramming into the divider.

While the complete accident isn’t captured, the crashed Seltos can be seen in the latter half of the video. All body parts of the mid-size SUV seem to be damaged, including the doors, front and rear fenders, roof, bonnet, windshield, and even the wing mirrors. The front axle of the car seems to be broken, which could also be the reason the car was involved in the accident in the first place.

The one positive thing about this incident is the fact that Seltos’ build quality and safety features could save the lives of all the passengers, and both the driver and the co-driver escaped with just a few minor injuries. Sometimes mishaps on roads are inevitable, but we advise all our readers to drive safely, follow all traffic rules and be a responsible citizen.