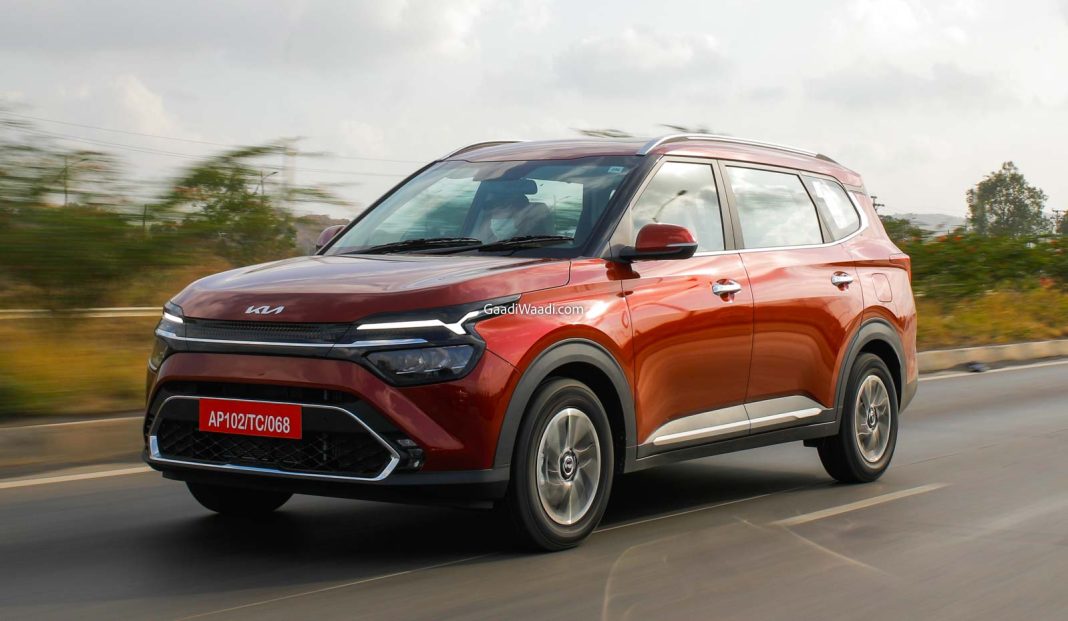 Kia India has released a statement announcing that it recorded a domestic tally of 22,622 units in March 2022 with YoY volume growth of 18.44 per cent. While the Seltos midsize SUV continued to be the best-seller for the South Korean auto major last month with 8,415 units, the recently launched Carens three-row UV proved to be the difference-maker by garnering a total of 7,008 units.

The Sonet compact SUV posted a total of 6,871 units while the range-topping Carnival MPV registered 328 unit sales. The highest ever monthly sales tally in India led to the brand sweeping a market share of 7 per cent last month in the domestic passenger vehicle space. In addition, Kia also posted its highest-ever quarterly sales by clocking just over 60,000 units.

On a YoY basis, Kia managed a healthy YoY sales surge of 9.5 per cent compared to the same quarter the previous year. In the financial year 2022, Kia posted 1,86,787 units amidst the global semiconductor issues and related supply chain disruption, as it ended up with a highly appreciable YoY growth of 20 per cent as the Seltos and Sonet SUVs contributed in majority with 51 and 40 per cent respectively to the tally. Speaking on the achievement, Hardeep Singh Brar, VP and Head of Sales & Marketing, Kia India said, “2022 has been a good year for us so far as we have been able to sustain our positive sales momentum in the past quarter. Our growing sales number can be attributed to our recently launched Carens, which has won Indian customers’ hearts.”

To reduce the waiting periods and cater to the needs of the high demand for the competitively priced Kia Carens, the third shift at the Anantapur facility in Andhra Pradesh was commenced a while ago. The reservations for the Carens have already crossed the 50,000 mark and it endured a total dispatch count of 12,117 units in just a month and a half.

Kia recently revealed that it got past the five lakh production milestone at its Anantapur factory – four lakh domestic sales and one lakh units shipped to over 91 countries in the Middle East, Africa, Central & South America, Mexico and the Asia Pacific. Kia is expected to launch facelifted Seltos, an all-new EV6 electric crossover and Niro EV in India in the near future.