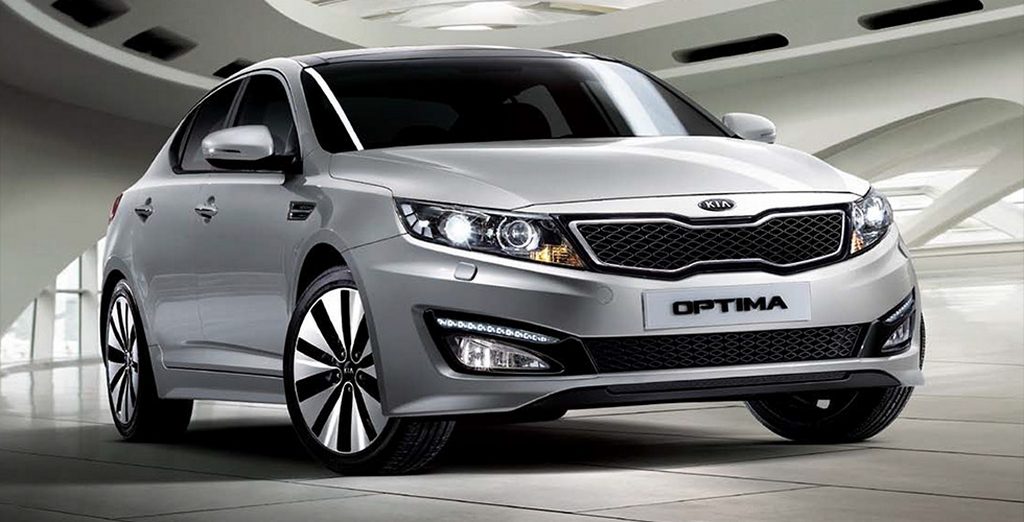 Among several cars Kia is planning to launch in India, the Optima will play a key role in cementing its premium status. This elegant looking sedan could be a perfect challenger against the rivals like Hyundai Elantra, Toyota Corolla Altis and Skoda Octavia, if priced aggressively. This sedan has been in business in global market since 2000 and it has earned positive response all over.

Kia’s owner group Hyundai has received pretty good response with the new Elantra sedan. It is also expecting to see attain similar success with its Optima sedan. However, its task won’t be easier as the competitors like Toyota Corolla Altis and Skoda Octavia won’t leave space so easily.

The company is yet to make an official statement about the launch of Optima sedan in domestic market. But, we expect it to arrive here sometime during 2020. Now, as the Kia Optima sedan prepares to enter the country by the end of this decade, let us take a look at the so-far known facts about this car. 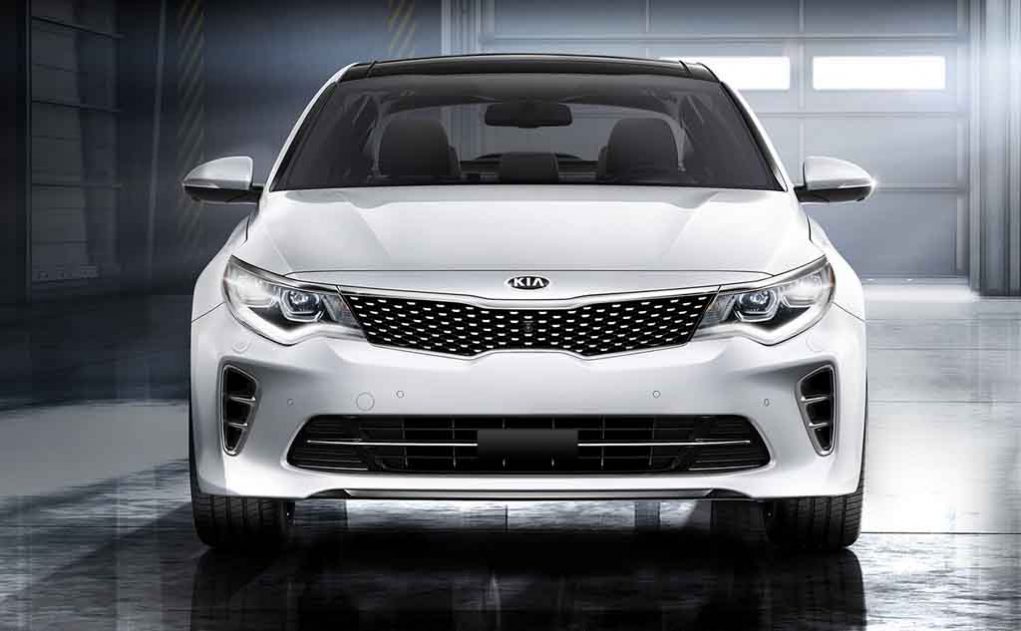 Expect the Kia Optima sedan to be priced aggressively in an attempt to make its own place in the highly competitive market. This sedan is likely to be priced between Rs. 15 lakh and Rs. 20 lakh (ex-showroom, New Delhi). To keep the pricing lower, the Korean auto major is expected to produce the car with higher localisation.

It is not sure from the automaker’s end, but we expect Kia to launch the Optima sedan in India by 2020. 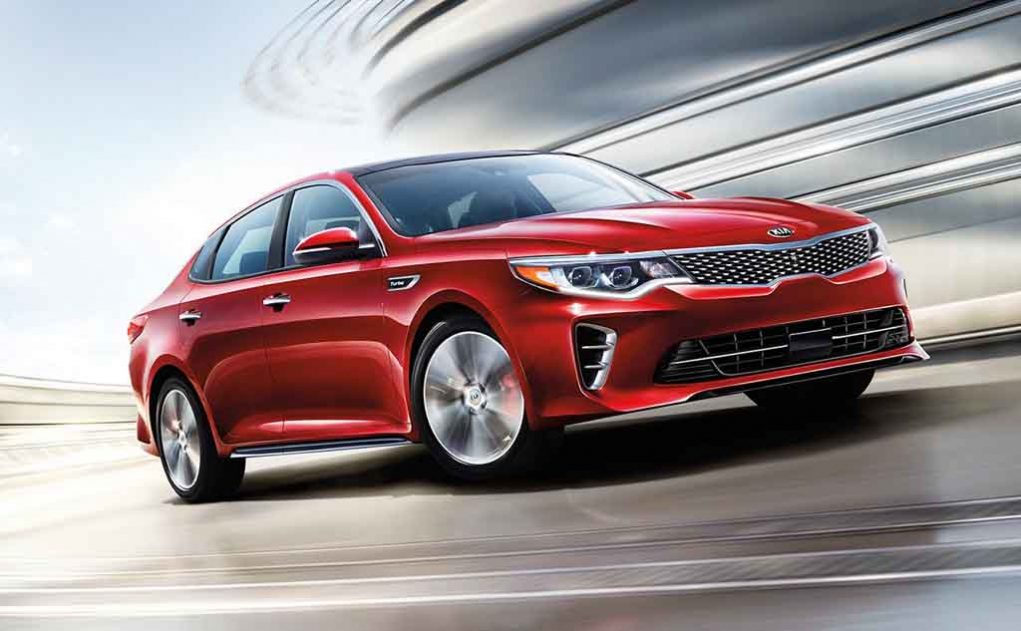 The 1.6-litre diesel engine generates 127 PS of peak power at 4,000 rpm and 259 Nm of peak torque at 1,900 rpm. For transmission duty, Kia Optima sedan would rely on a 6-speed manual gearbox and there will be a 6-speed automatic unit as well, just like the Hyundai Elantra sedan. 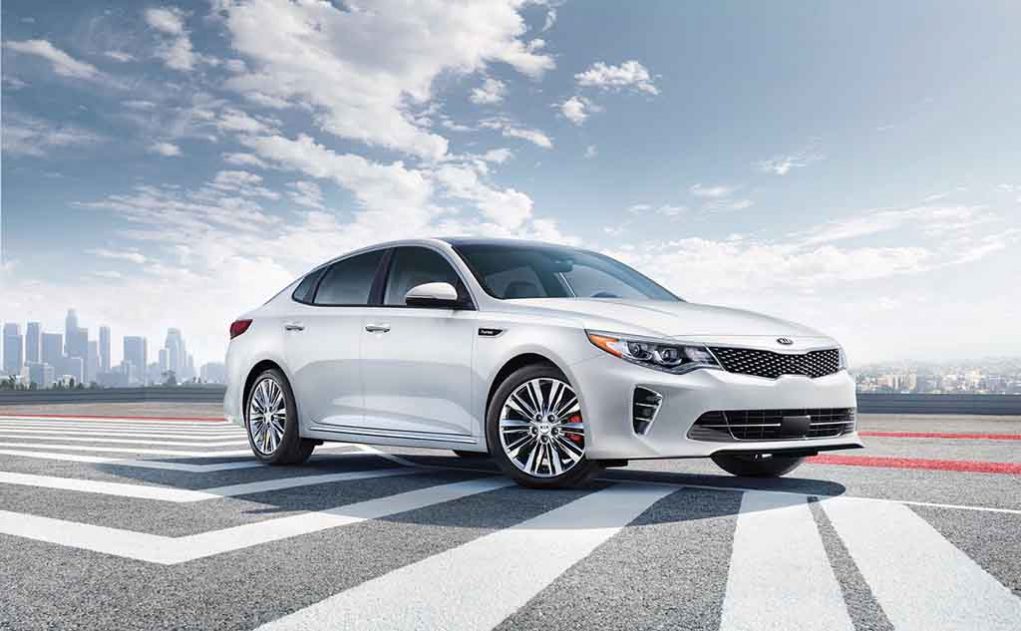 Speaking about the exterior design of the Kia Optima sedan, it looks very elegant and suave from every angle. It comes with a coupeish appearance. Up front, the sedan gets Kia’s signature butterfly pattern radiator grille with bold mesh design and chrome trim as well. The headlamps come with sharp look and incorporate HID projector lamps alongside integrated LED daytime running lights.

At the rear of the Kia Optima, it gets a shark fin antenna on top, lip spoiler enhancing the car’s visual appeal further. Apart from that, there are wraparound wide LED taillights, a sculpted looking registration enclosure and a chunky bumper as well. Overall, Kia Optima has been designed in such manner that it grabs attention at the very first look.

Dimensionally, the Kia Optima sedan measures 4,855 mm in length, 1,465 mm in width, 1,860 mm in height and it has a wheelbase of 2,805 mm. This clearly indicates that the sedan comes with a strong road presence and it offers plenty of leg space for the occupants. The 2,020 kg weighing Kia Optima sedan gets a 70-litre capacity fuel tank that ensures a long running range without refueling. 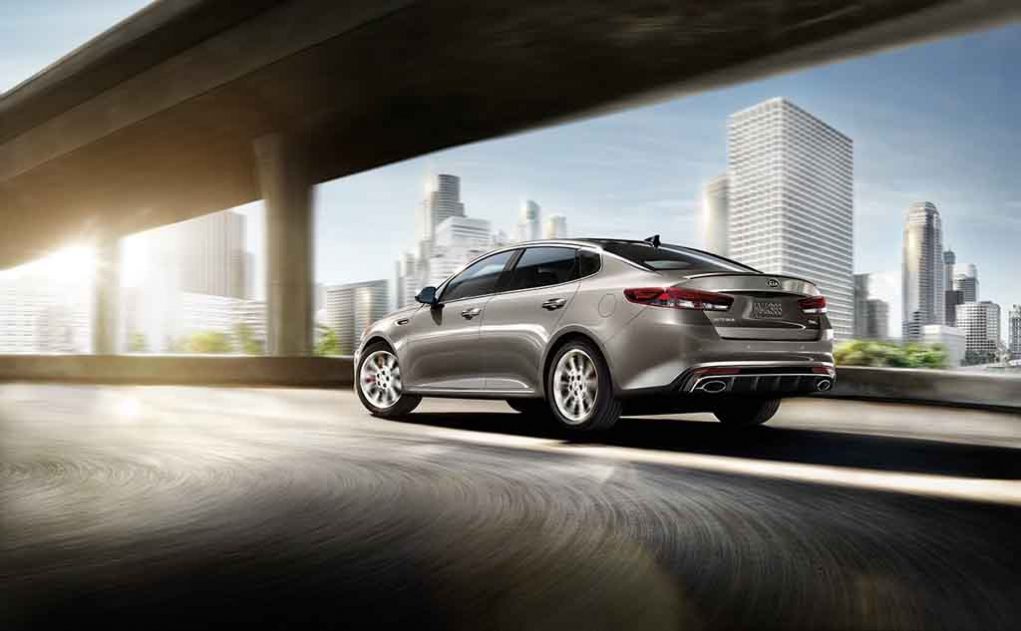 The sedan has 145 mm of ground clearance that is decent enough to tackle the regular potholes.

The Kia Optima sedan runs on large alloy wheels. Expect the top trim model to get 18-inch alloy wheels, while the lower trims will come with shorter wheels. 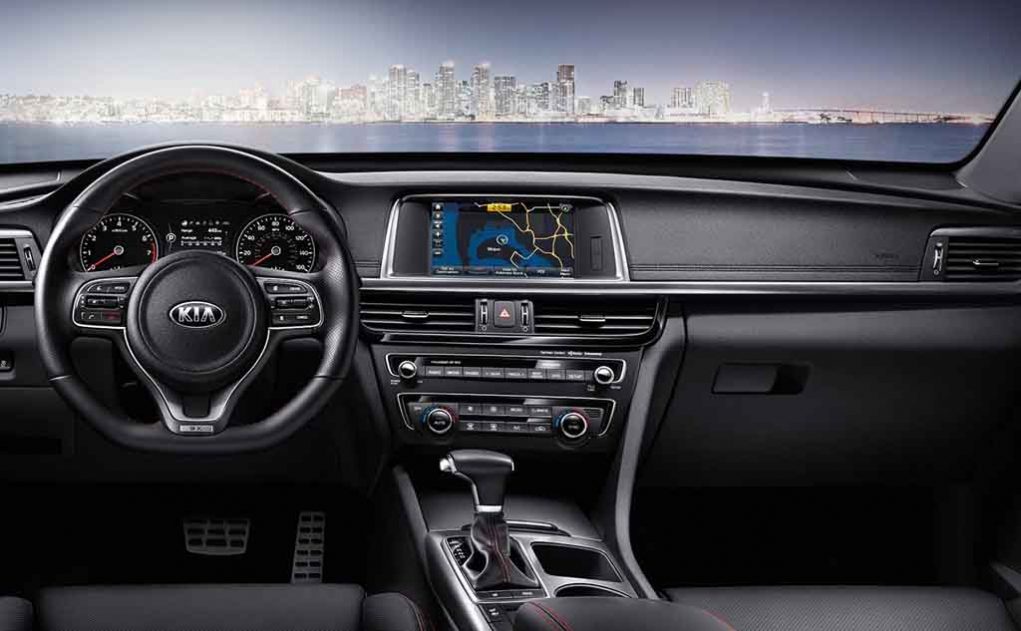 Like exterior, inside the cabin too Kia Optima sedan appears very appealing with its overall design and quality of materials used. The top trim gets black interior theme that certainly enhances the visual appeal further and it gets a sporty flat-bottom multifunction steering wheel, analog dials and digital MID consisting instrument cluster. Lower trims come with dual-tone interior theme. The automatic variants of the car would get paddle shifter with steering wheel.

Centre console of the Kia Optima sedan appears with ergonomic design to give the driver more control and better view at the touchscreen infotainment system. The infotainment system gets Apple CarPlay and Android Auto. Apart from that, the interior also comes with front seat arm rest, ventilated and heated front seats, alloy pedals, premium quality leather seat and upholstery.

The panoramic electric sunroof ensures a premium feel inside the cabin. In terms of space and comfort, this sedan has been designed in such manner that you won’t be able to complain at all. The rear seat occupants feel very comfortable thanks to plenty of legroom and the headroom too is generous. Also, the rear AC vents, wireless smartphone charging, automatic climate control are the other features available in the Kia Optima sedan. The Harman Kardon audio system delivers supreme quality music experience to the occupants. 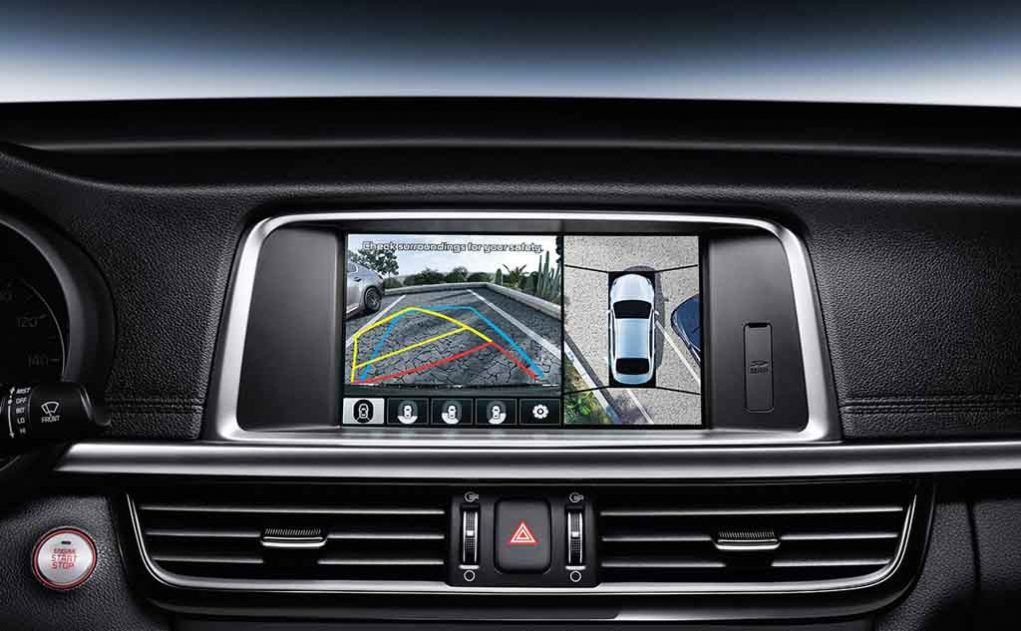