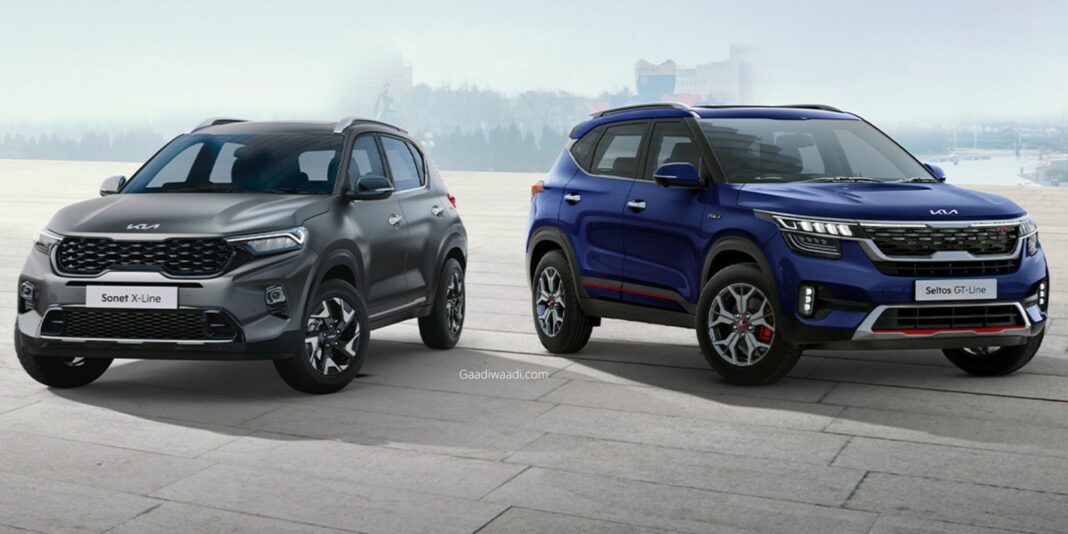 Kia India has today announced that it continues to be the largest exporter of passenger Utility Vehicles from the domestic market as it has gone past the 1.5 lakh export milestone in just three years since the commencement of its export operations. The South Korean auto major has shipped 1,50,395 units of UVs to 95 countries across the world until now.

The brand has exported the Seltos midsize SUV, Sonet compact SUV and Carens MPV from its manufacturing plant in Anantapur, Andhra Pradesh. It began its export operations in India in September 2019, just a few weeks after the Seltos went on sale in the local market. Kia says it is in line with the ‘Make in India’ efforts and ‘reinforces its vision of making world class products in India’ for the global markets.

Furthermore, the Seltos has contributed 72 per cent to the overall export tally and is followed by the Sonet and the Carens, which was introduced earlier this calendar year in India. It must be noted that the Seltos is currently the second best-selling midsize SUV in the country. In the first eight months of this CY, Kia has exported 54,153 units to the international arena.

Thus, the company has become the largest exporter of passenger UVs from India this year. Kia was also the highest UV export in 2021. Speaking of the achievement, Myung-sik Sohn, Chief Sales Officer, Kia India said, “India is a strategically important market for Kia globally and has the potential of becoming a strong sales, production, and R&D hub. Our state-of-the-art Anantapur plant is one of the most critical export hubs in the Kia network and since the inception of our operations here, we have focused on providing quality products not just within the country but also overseas.”

Since the commencement of exports in September with the Seltos, Kia has shipped passenger cars to the Middle East, Africa, Central & South America, Mexico and the Asia Pacific. In the month of August 2022, the company posted its highest ever monthly exports, as 8,174 units were dispatched.

Kia’s domestic product lineup comprises the Seltos, Carnival, Sonet, Carens and EV6. It has completed over 6.3 lakh dispatches from its Anantapur plant including 5 lakh domestic sales and over 1.3 lakh exports. Kia has a widespread dealer network with 339 touchpoints.