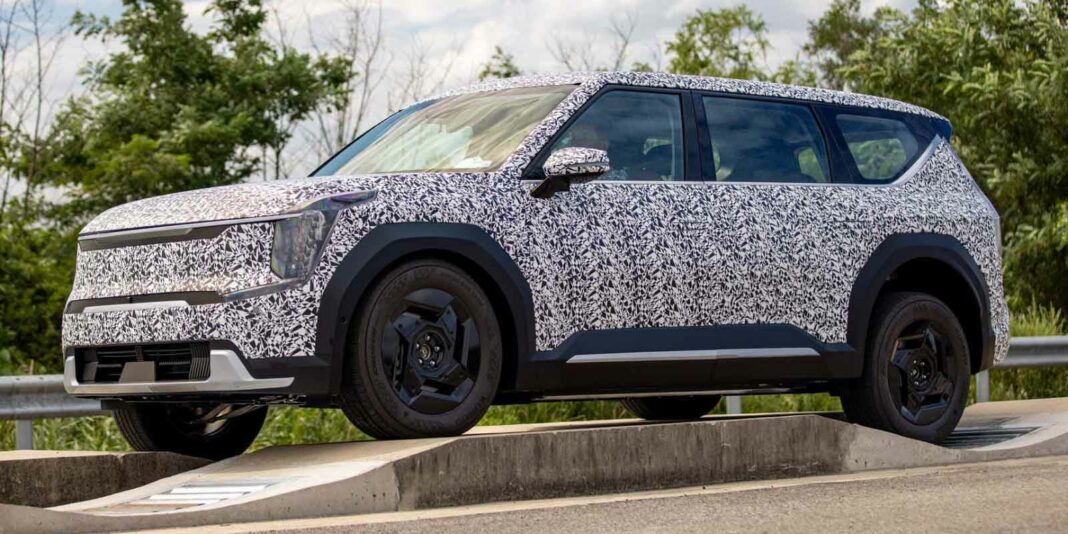 The EV6 electric crossover has been well received by the global audience and it will be followed by the launch of the EV9 early next year. The Kia EV9 is the production version of the Concept EV9 showcased at the 2021 Automobility Los Angeles Show. The road-going model will make its world premiere in the opening quarter of the next CY.

The official pictures of the prototype version show that the EV is almost similar to the concept in terms of styling. Some of the notable differences are conventional rear door openings and mirrors and flush fit type door handles. The headlamp and grille section along with the unique black wheel arches, rear window kink, the upright front fascia, etc can be clearly seen carried over from the concept.

While the prototype’s rear has not been revealed, we do not see the reason why it will be any different from the concept. The prototype was snapped while undergoing handling and elevation tests as well as on the Belgian pavé cobbled road surfaces at Kia’s Namyang Research & Development centre in South Korea. The technical specifications are yet to be revealed. 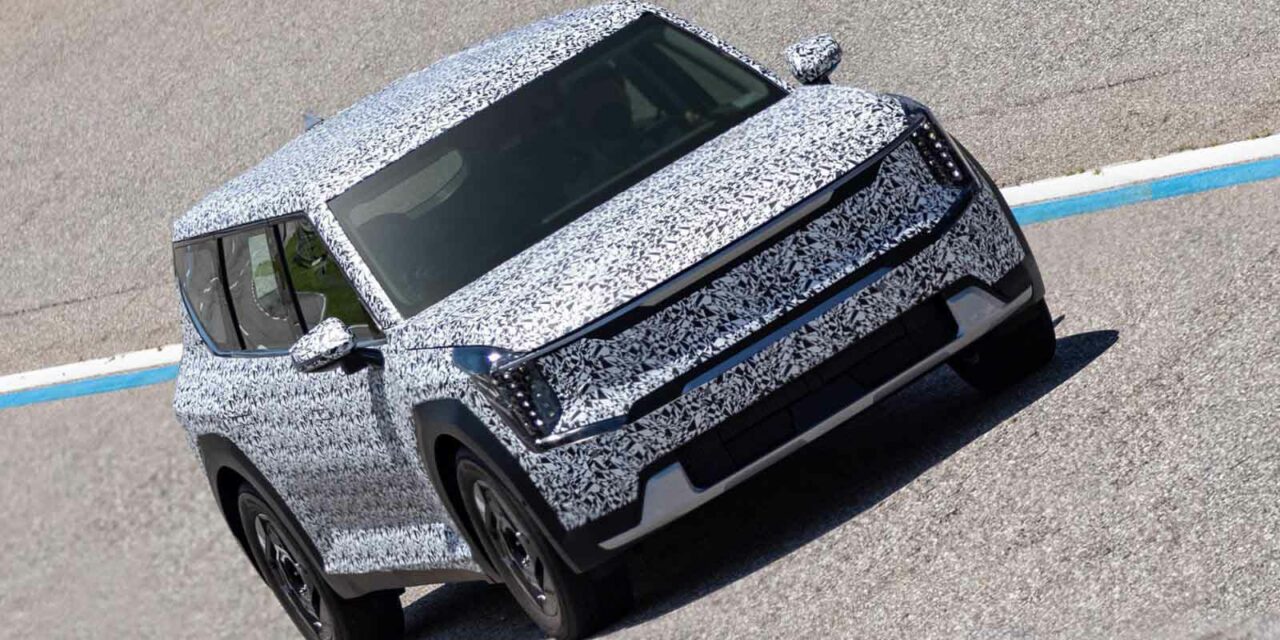 Assuming that the production Kia EV9 has similar dimensions as the concept, it will measure a length of 4.93 metres and has a wheelbase length of 3.1 metres. Thus, it will be slightly shorter than the existing flagship Telluride SUV. The concept was said to have a claimed range of around 482 km on a single charge.

It could replenish back to 80 per cent from 10 per cent in just half an hour. Just as the EV6, which went on sale recently in India in limited quantity, the EV9 will be made available across the globe in developed markets such as North America, Europe and Asia. 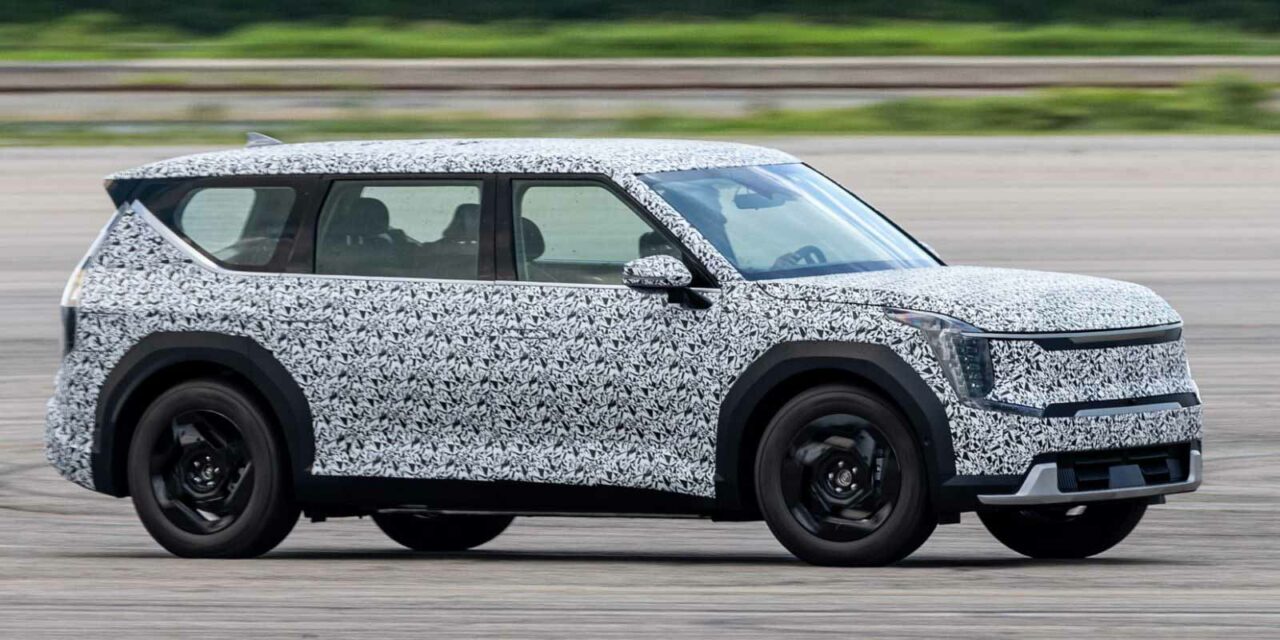 The Kia EV9 will become the brand’s flagship offering upon arrival and it will boast of more advanced features and technologies pertaining to comfort, connectivity, assistance, safety and convenience. Whether it will be launched in India or not is yet unknown in the future.