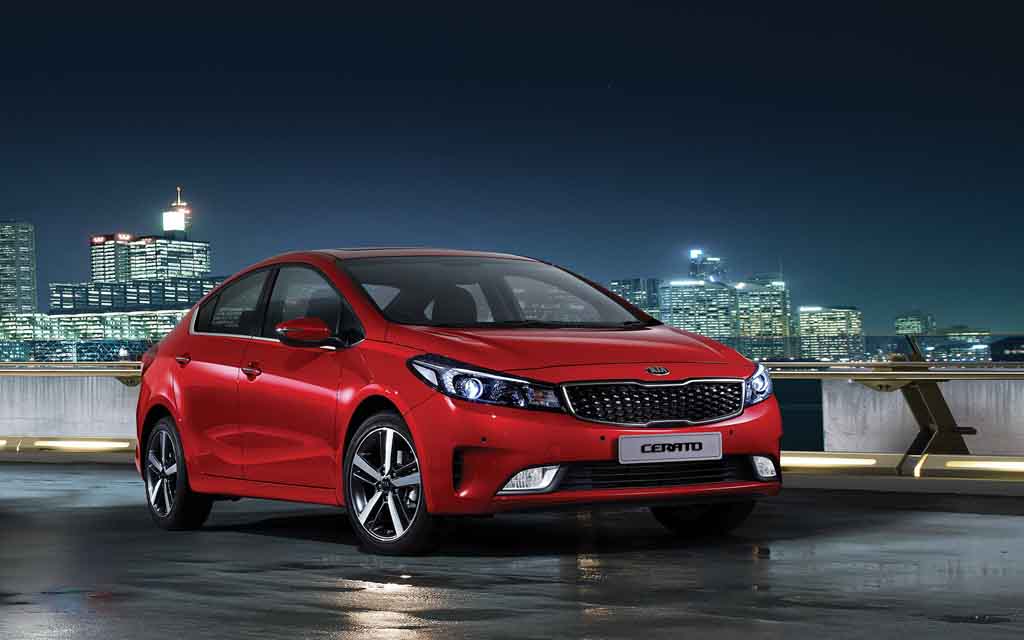 India is certainly one of the biggest auto markets in the world and several global brands are showing keen interest to grab a good share here. One of them is the Hyundai owned Kia Motors that is gearing up to launch a range of cars in Indian market from 2019. The company is currently setting up its first production plant in the country in Andhra Pradesh, from where it aims to roll out 3 lakh cars per annum from 2019 onwards.

Instead of the basic commuting mediums, Indian customers are showing more and more interest towards upmarket cars that come with attractive design, loads of exciting and modern features, efficient powertrains, high end safety features and all of that in a value for money package. Being a globally acclaimed automaker Kia has certainly noticed that and made strategy to cater the demands.

The South Korean auto giant is preparing to enter several segments with its various products. One of them is going to be the midsize sedan segment that is currently dominated by Maruti Suzuki Ciaz. Also, there are other cars like Honda City, Hyundai Verna, Volkswagen Vento and Skoda Rapid in the same category.

Kia’s midsize sedan Cerato will be the next addition in the list. It is clear that making a strong space for itself won’t be an easy task for the Kia Cerato. But, be sure the car manufacturer will make every effort to make the Cerato an attractive car for the Indian buyers. Before this car launches in the country, let us take a look at the facts of this model.

Expect the Kia Cerato sedan to be priced aggressively in an attempt to become competitive against its strong rivals like Maruti Suzuki Ciaz and Honda City. The Cerato could be priced between Rs. 9 lakh and Rs. 14 lakh (ex-showroom, New Delhi).

The Kia Cerato sedan is expected to launch in India by 2020. However, the specific timeframe is yet to be disclosed by the South Korean auto giant.

Kia Cerato has been showcased in India at an event with a 1.6-litre MPI petrol engine coupled with a 6-speed automatic gearbox. The engine is capable of churning out 130 PS of peak power and 157 Nm of peak torque. However, we may also see the Kia Cerato borrowing new Hyundai Verna’s 1.6-litre petrol and diesel engines.

Upon arrival, the Kia Cerato could become one of the best looking sedans in its segment. The car looks pretty elegant from every angle and the signature Kia styling elements are also visible there. Up front, the sedan sports Kia’s signature butterfly design black front grille with sleek chrome trim around it. The radiator grille is flanked by sharp swept back headlamps with projector lamps and integrated LED daytime running lights.

The front bumper gets a large central air intake with horizontal slats and at both end of it there are large fog lamps. The front bumper looks muscular with two air damps positioned at both end. The side profile comes with crafted look with the character lines that enhance its visual appeal further. Apart from that, it also gets alloy wheels, turn indicator integrated ORVMs, blackened glass area and a nicely curved roofline that blends perfectly to the rear.

Moving to the rear, Kia Cerato sedan gets a short overhang. It will get wraparound LED taillights, and a sculpted registration enclosure. Overall, this midsize sedan comes with a very attractive visual package that grabs attention at the very first place. The car reflects style and elegance and that could get the Cerato positive response from the domestic buyers.

Dimensionally, Kia Cerato sedan measures 4,560 mm in length, 1,435 mm in width and 1,780 mm in height. Also, it has a wheelbase of 2,700 mm that ensures generous leg space for the occupants inside the cabin. This 1,740 kg weighing sedan gets a 50-litre capacity fuel tank ensuring a long running range.

Kia Cerato sedan appears with a ground clearance of 150 mm, which is enough to take on the regular potholes of Indian roads.

Kia Cerato runs on 17-inch alloy wheels. However, it is likely to be offered on the top end trim only.

Interior of the sedan comes bearing a premium vibe and it wears a black feel. It gets a multifunction steering wheel, dual analog dial and a digital MID consisting instrument cluster, a 7-inch touchscreen infotainment system with Android Auto and Apple CarPlay at the centre console flanked by control buttons a rotary dials. The dashboard bears a plain but stylish appearance.

The cabin gets front seat armrest with under storage, rear seat AC vents. In terms of space, Kia Cerato offers ample space to the occupants ensuring a comfortable journey experience. Seat and upholstery materials come of upmarket quality. The pedals alloy pedals increase the Cerato’s appeal further, but that is likely to be available in top-end trim only. The heated and ventilated front seats, electric control sunroof enhance the premium feel further.

On the safety feature front, Kia Cerato gets six airbags in the top-end trim. Apart from that, other features include ABS with EBD, reverse parking camera, rear parking sensor, hill assist control etc.