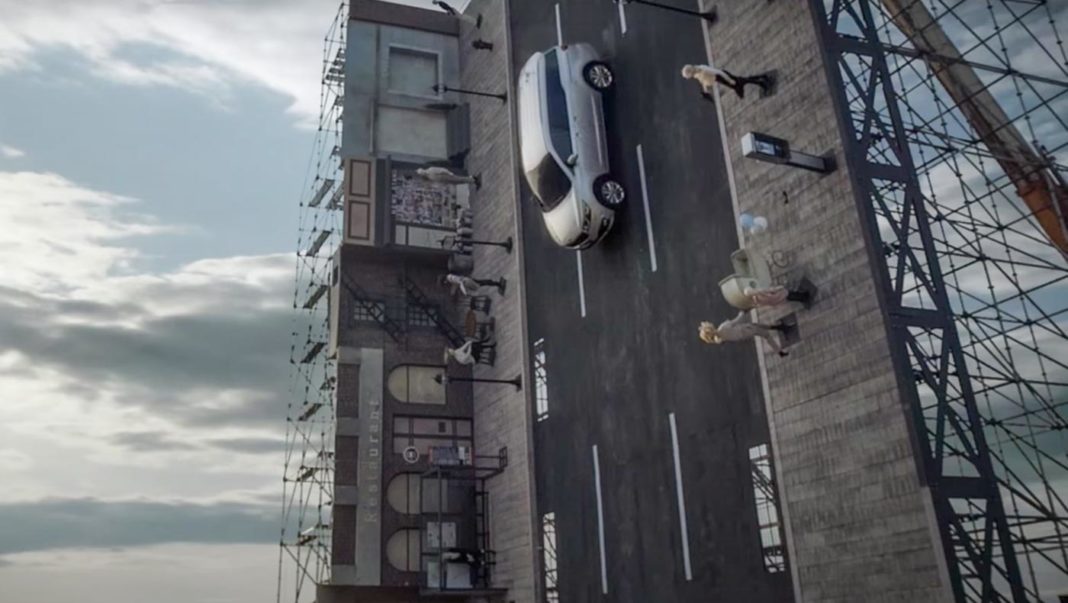 In a one of a kind crash test, a Kia Carnival was dropped from a height of 12.6 metres in order to understand its crash worthiness in an event of a vertical drop

It’s not uncommon for most modern cars to undergo crash tests by various bodies, including NCAP. These tests conduct crashes under control conditions and use the data obtained from the process to understand the safety quotient of a vehicle in an even of a collision.

All these tests are conducted on a completely horizontal plane. However, today, what we have here is a video of a one-of-a-kind crash test that was recently conducted on a Kia Carnival MPV that was dropped from a height of 1.26 metre.

As part of this test, the Kia Carnival was first positioned on a vertically flat surface aligned at 90 degrees from the ground. Next, the premium MPV was dropped at a speed of 56 km/h. As can be seen in the video, the Kia Carnival absorbs the impact pretty well, with its bonnet and front bumper taking the maximum impact. The crumple zones of the MPV absorb most of the impact and there’s hardly any damage towards the cabin.

As can be seen, the airbags of the vehicle deploy the moment there’s an impact and the car turns out to be safe enough to even protect legs of the dummies to a large extent. It should be mentioned here that the Kia Carnival has received a 5-star rating from ANCAP but for the 2016 model.

The latest version is yet to be tested by NCAP. It is the same version that is on sale in the Indian car market. In India, the Kia Carnival is on sale in as many as three variants, with each model being sold in varying seating configurations with different level of creature comforts.

Prices of the MPV range from Rs 24.95 lakh to Rs 33.95 lakh (ex-showroom, New Delhi). In India, the Kia Carnival is being sold with just engine option – a 2.2-litre four-pot turbo-diesel motor that offers a maximum power of 200 PS and a peak torque of 440 Nm. The motor comes mated to an 8-speed automatic transmission.