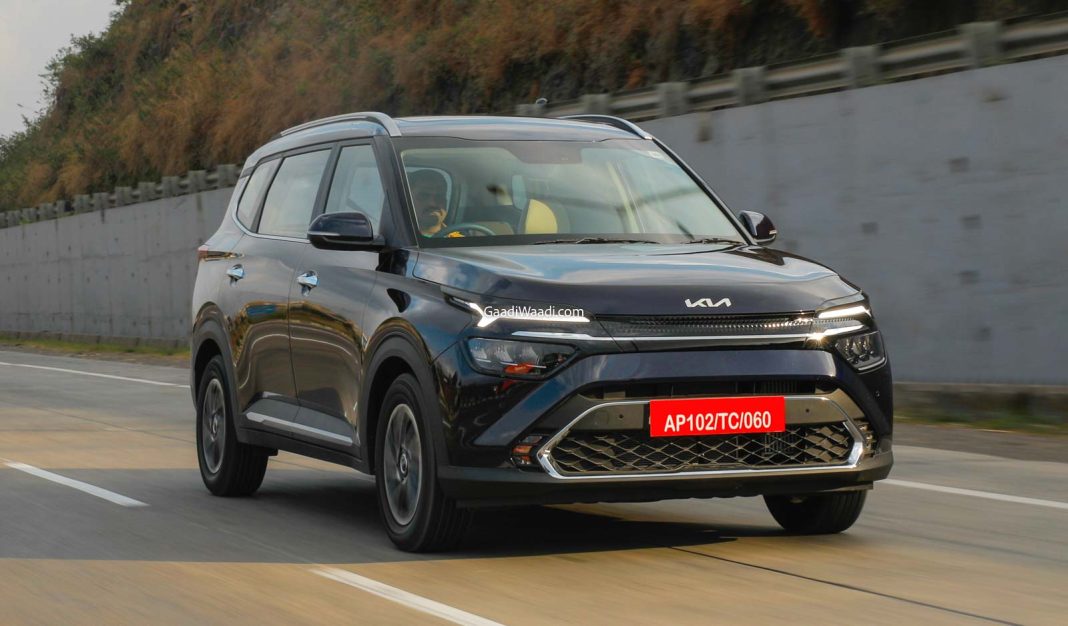 Kia Carens has been spied with a CNG powertrain, based on the 1.4L turbo-petrol engine, which could help boost the MPV’s popularity even further

South Korean carmaker Kia recently introduced a new MPV in the Indian market, named ‘Carens’. Kia Carens has already managed to entice audiences, and the demand for it is quite high. In the past few years, the rising prices of petrol and diesel have pushed many people to purchase CNG-powered cars, and it seems like Kia is planning to enter this market space soon.

Recently, a spy picture emerged online, showing us a Kia Carens with a CNG tank in the boot. This seems to be a test vehicle, and the registration sticker on it reveals that it has the 1.4-litre, turbocharged, inline-4 petrol engine under the hood. Turbocharged CNG powertrain options would surely be an interesting choice, as there are none in the Indian car market currently.

This 1.4L turbo-petrol engine is good for 140 PS of maximum power and 242 Nm of peak torque, and it can be had with either a 6-speed MT or a 7-speed DCT. When running on CNG, this powerplant will have a lower output, but the numbers will surely still be impressive. Also, the CNG version will probably only be offered with the 6-speed manual transmission option. Kia Carens also has a 1.5-litre, naturally aspirated, inline-4 engine on offer. However, adding a CNG kit to this powerplant would’ve compromised the power, and considering that this is a 6/7-seater vehicle, power is an important factor. Other than that, a 1.5-litre, turbocharged, inline-4 diesel engine is also on offer on the MPV. The higher variants also get a 10.25-inch touchscreen infotainment system, Kia Connect, automatic climate control, in-built navigation system, etc. We’re not sure which trim-level(s) will get the CNG option, but we do expect a price bump of around Rs. 60,000 to Rs. 70,000 compared to the equivalent petrol variants.