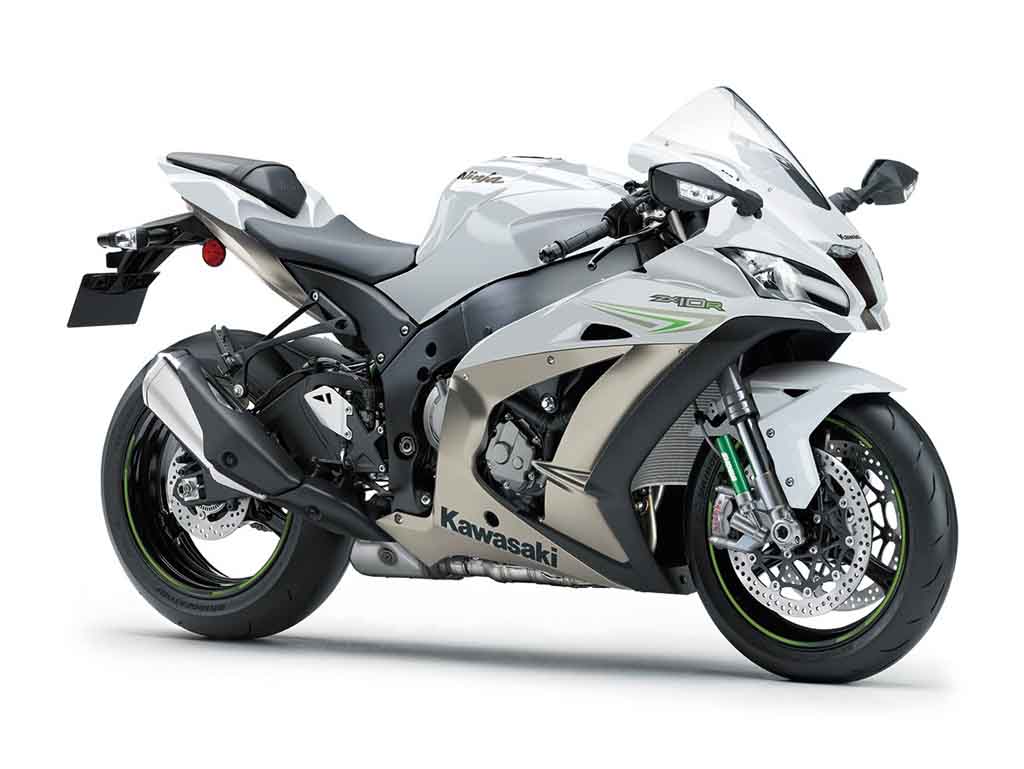 The all new Kawasaki ZX-10R sports aerodynamic efficiency and some technological updates as well, which are inspired from the Kawasaki’s WSBK championship model. On the design front the bike comes featuring much sharper and angular design tweaks, which make it aerodynamically efficient. On the technical front the Kawasaki ZX-10R comes with Bosch Inertial Measurement Unit (IMU). This technology enables the bike to measure and show the lean angle, acceleration and braking data and everything in real time. apart from these, the model also comes with the Japanese two wheeler manufacturer’s Intelligent ABS, Quick Shifter, Engine Brake Control, launch Control Mode and Sports Traction Control.

The new gunfighter designed litre class sports bike gets power from a 998 cc four cylinder engine which churns out around 200 bhp of peak power. To improve the performance the Kawasaki has equipped the bike with modified swing arm, steering head, internal combustion unit parts like pistons and crowns, titanium intake and exhausts – which altogether enhances the performance of the model. The bike comes fitted with Brembo mono bloc calipers doing braking duty at the front wheel as standard. On the suspension front it received an all new Ohlins suspension at rear. Kawasaki has upgraded the handle bar by fitting it 13.2 mm higher and the grips also come 16.8 mm wider, to give the rider a better control. The rider also gets better seating position with the gunfighter seat design. Expect the new colour sporting model to reach Indian shores in short time, as Indian market gets the same CBU models like the European market from the company’s plant in Japan.