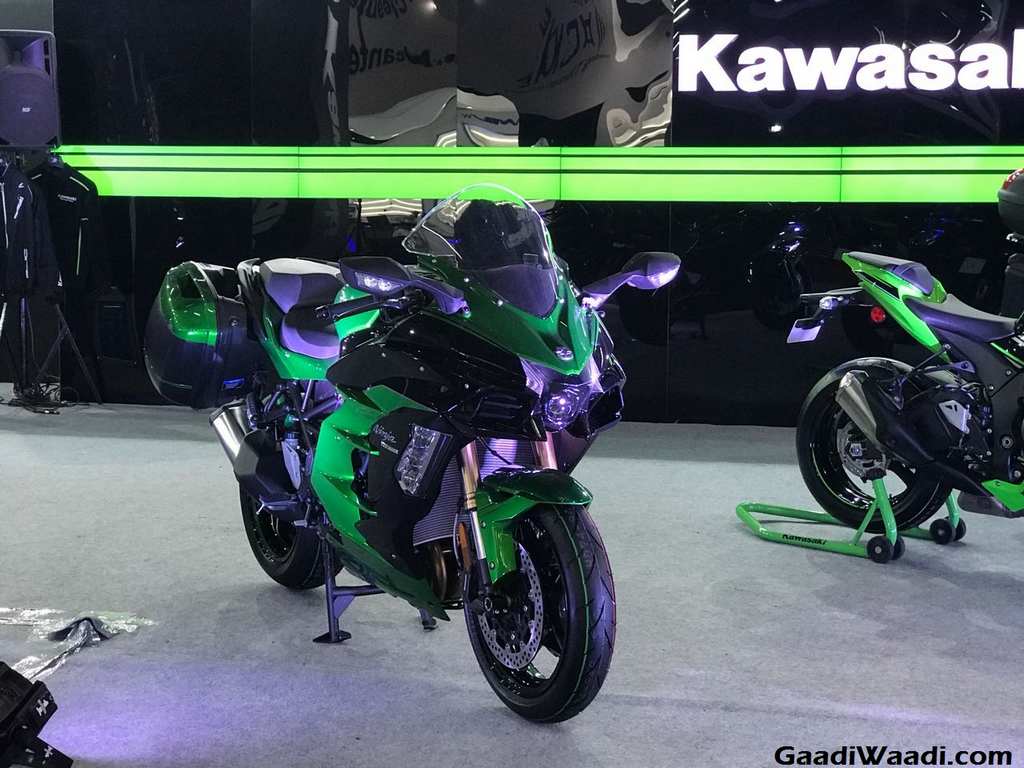 Just a few months after making world premiere at 2017 EICMA in Milan, India Kawasaki Motor has launched the Ninja H2 SX at the recently concluded 2018 Auto Expo in India Expo Mart, Greater Noida. There have been two versions introduced, one if the regular Kawasaki Ninja H2 SX and the other one is the top-of-the-line SE version. The former is priced at Rs. 21.80 lakh and the high-spec H2 SX SE priced at ₹ 26.80 lakh (ex-showroom).

Both are brought into the country through CBU channel. The H2 SX is basically a sports touring package based on the awe-inspiring H2 motorcycle. It comes equipped with several changes in order to create a unique name in the market and to distinguish itself from its supercharged sibling. 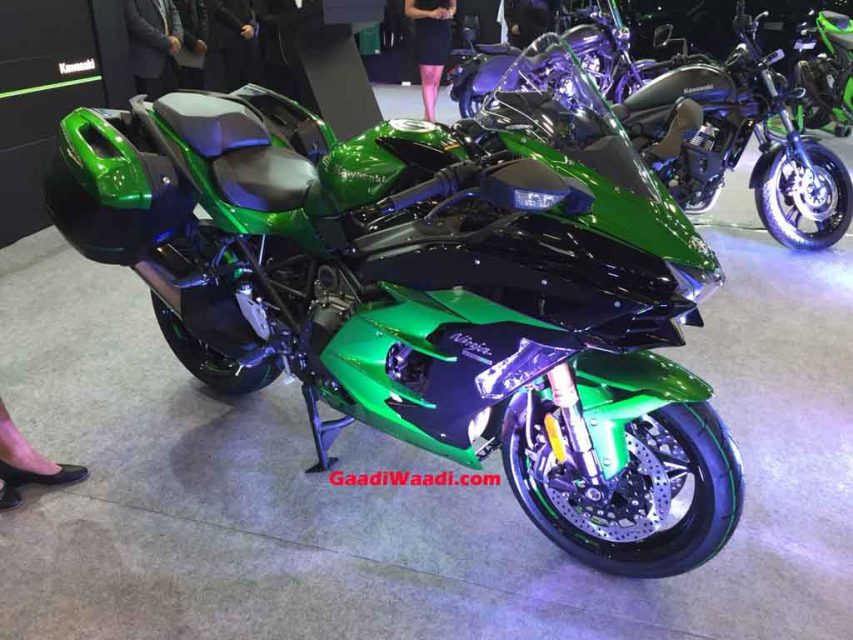 Kawasaki engineers have included new additions to the H2 SX to help the rider and pillion in ease of long travels. The Ninja H2 SX is instantly recognisable courtesy of its quirky design bits amidst the inclusion of new IMU, cruise control, TFT LCD instrumentation, uprated chassis and components, longer wheelbase and so on.

It gets a number of electronic aids as well such as Kawasaki Cornering Management Function, Traction Control system, Engine Braking Launch Control and double-way quick shifter among others. Other notable equipment are the inclusion of fairing and panniers, LED cornering lamps and bigger windscreen reiterating its sports touring characteristic. 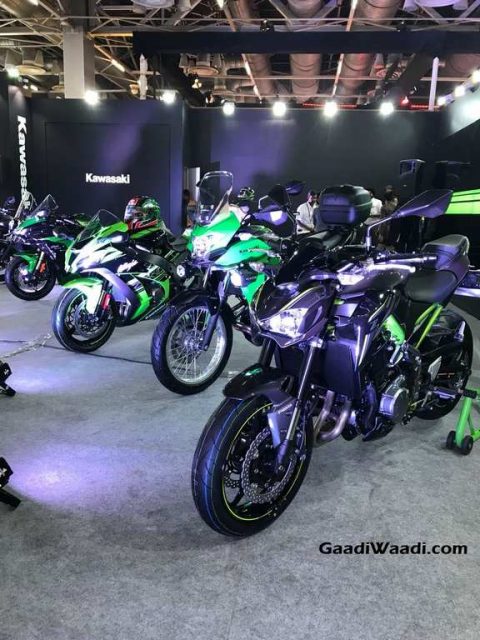 All these have added up 18 kilograms of additional weight compared to the regular H2. As for the powertrain, it utilises the same 998 cc four-cylinder supercharged motor which is good enough to produce a maximum power output of 199 bhp and 136 Nm of peak torque. However, it is tuned to be suppler and suit daily riding conditions.

For instance, the engine in the H2 SX generates greater low and mid-range along with improvements made to boost the fuel economy. Kawasaki also displayed several exotics at the 2018 Auto Expo including the ZX-10R, Vulcan S and Z900.