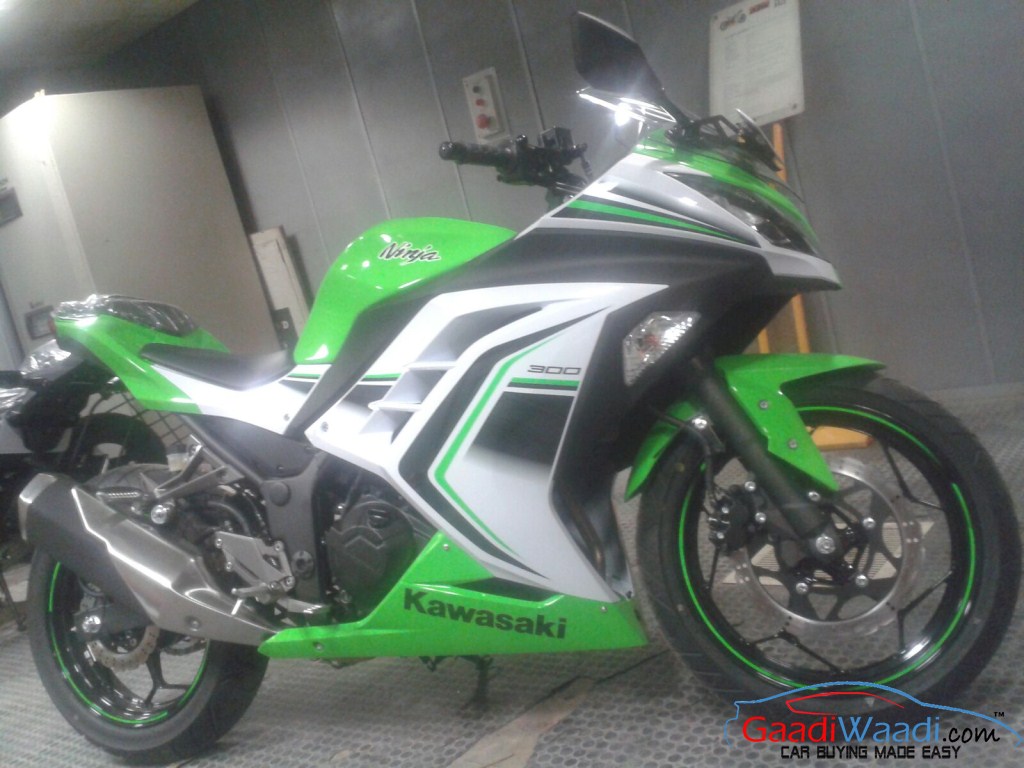 Most of us will call it the Yamaha R3 effect! Since launch, Kawasaki has been the winning motorcycle of most tests that it had encountered, despite the premium price it commands and few niggles such as not so great tyres and the lack of ABS. Those have affected Ninja sales to some extent as Yamaha R3 is selling initially in triple digit figures at around the 200 mark already.

Ninja, on the hand, is in low double digit numbers around 30-40 mark. Clearly, the slightly less pricing and a promise of cheaper running and buying cost are taking people back to Yamaha showrooms. 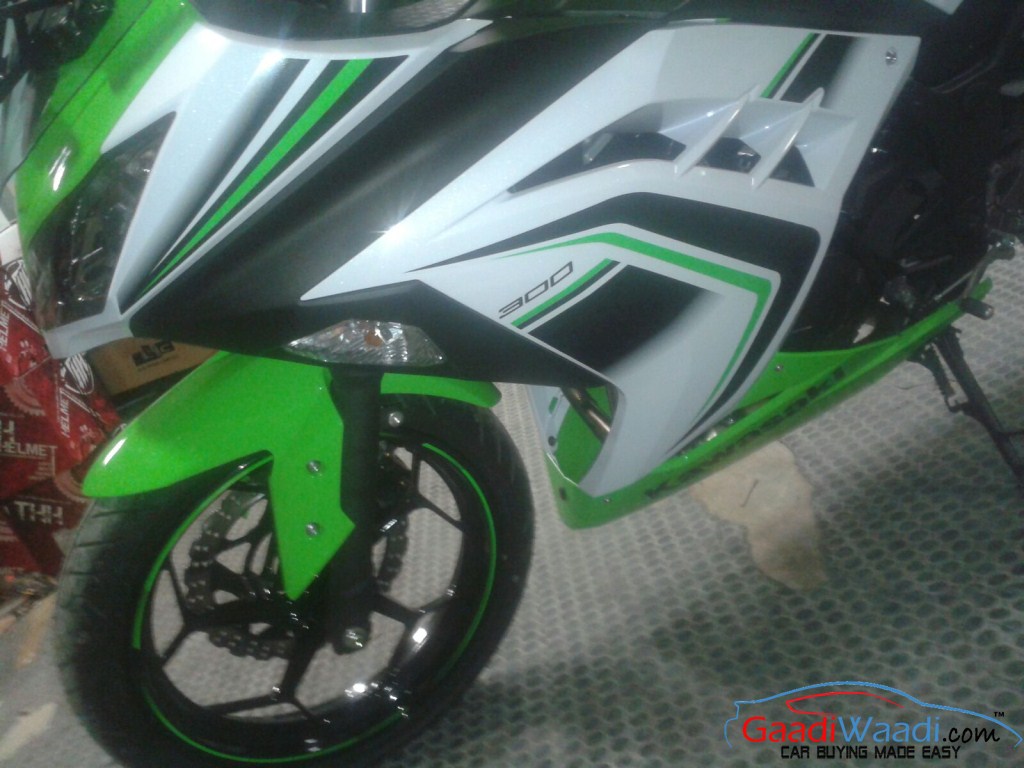 The white stickers are put on the side fairing up front between the two headlights; the black and white livery on the other hand it had been pasted on the rear tail-piece. Overall, it does look even more attention grabbing than before. 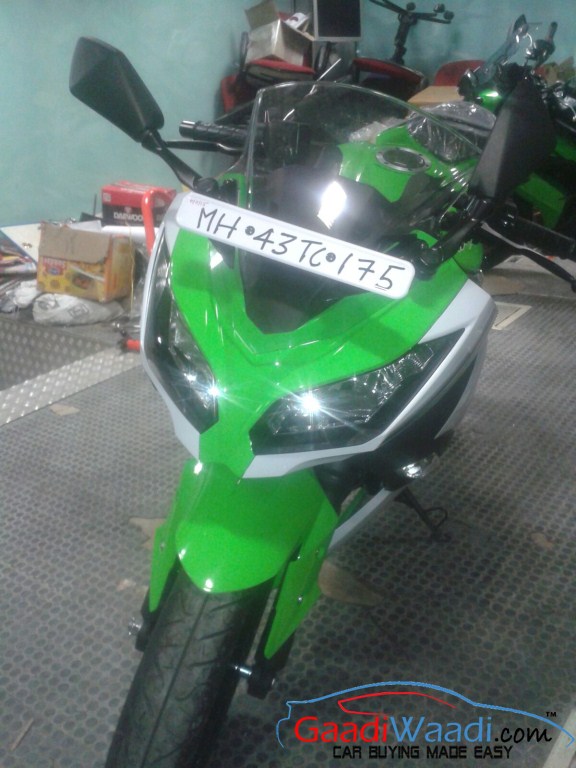 Kawasaki Ninja 300 Special Edition is known for scaled down styling inspired by the ZX-10R. The headlights are the best part of the motorcycle apparently. The side fairing has vents in them to give it a purposeful look. Beefy 140 section tyres are here to add aggression to the motorcycle whilst the engine and hardware continue to be the same.

The 296cc engine makes 39 BHP at 13,000 RPM and 27 Nm of torque at 10,000 RPM. The Kawasaki Ninja 300 Special Edition was showcased in a different livery at the Tokyo Motor Show and even in international markets it remains the same mechanically.