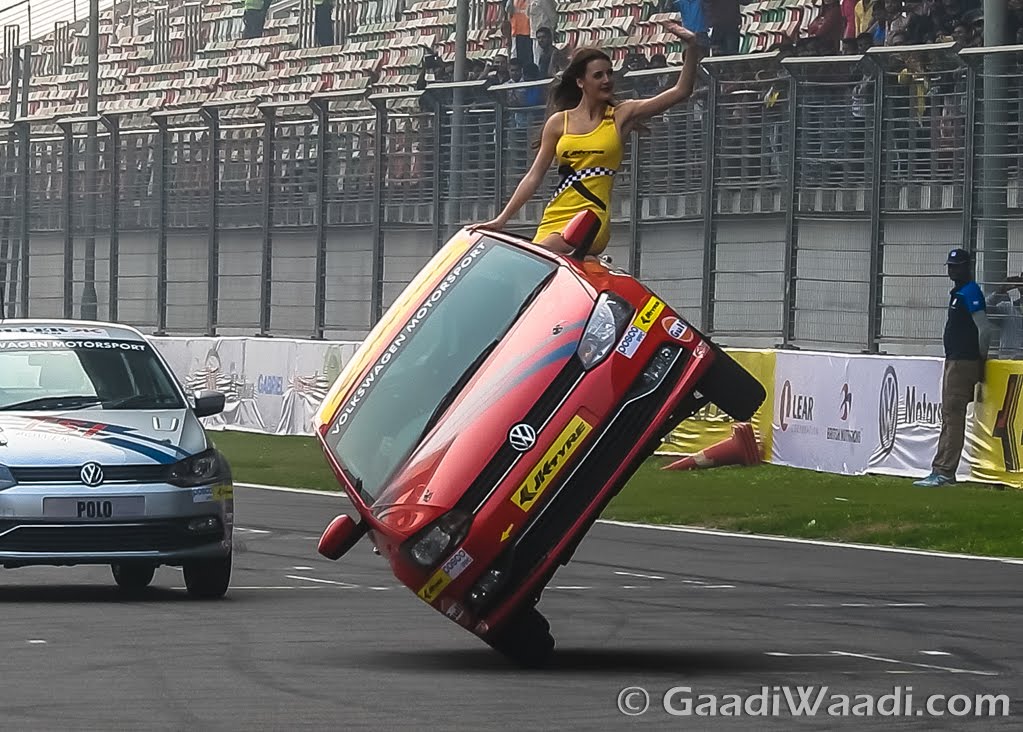 The inaugural edition of the Volkswagen Vento Cup that replaces the Polo R Cup for 2015 got off to a fabulous start at the first two rounds held in Kari Motor Speedway in Coimbatore. The Vento Cup racers are powered by 1.4-litre petrol engine producing 180PS of power mated to a six-speed DSG automatic gearbox. The engine and gearbox have been carried over from the Polo race cars that ran between 2012 and 2014. With the first-ever Polo R Cup champion, in 2010, Sailesh Bolisetti returning to racing in India after spending a satisfactory professional racing career overseas at the Volkswagen Scirocco Cup in Germany, Euro NASCAR and British GT championships, added an extra flair to the one-make series.

His successful racing career in Europe has been an epitome to the fact that Volkswagen Vento Cup could be used as a launch pad for any aspiring Indian racer casting an eye on putting the foot down in the fiercely competitive championships across the globe. Sailesh’s return was an instant success as he fended off one of the main rivals Anindith Reddy in the closing laps to mark a remarkable comeback win in the opening round before Karminder Singh took the honours on Sunday.

However, as the Vishakhapatnam driver’s championship challenge faded off in the next rounds, the consistent Anindith Reddy, Karminder Pal Singh and Ishan Dodhiwala went into the grand finale with only 50 points separating each other. The legendary sportscar racer Hans-Joachim Stuck mentored the tussling pack of drivers ahead of the final round and we were there to cover all the action unfolded over the deciding race weekend. 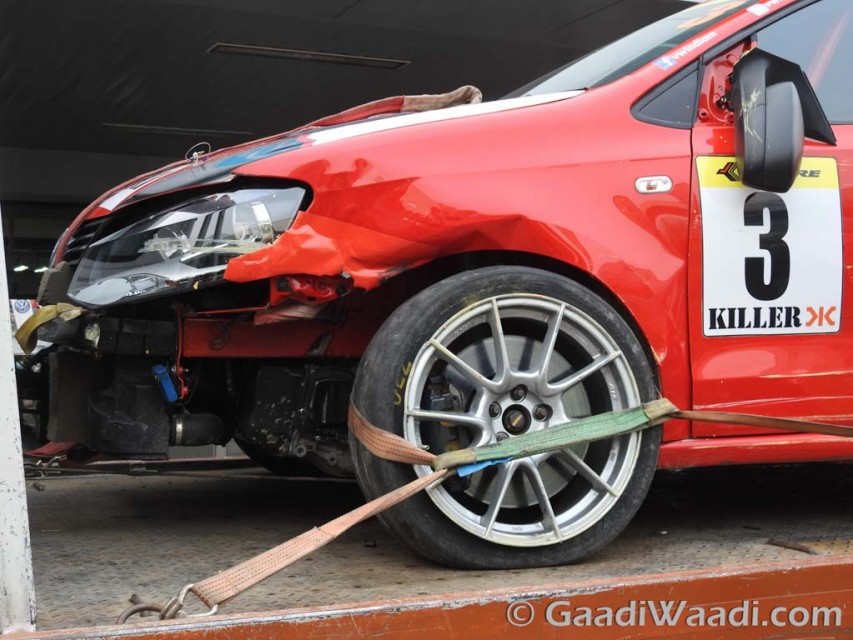 Having taken pole position by just 0.050 seconds for the first race, Sailesh Bolisetti took a lights-to-flag victory with a winning margin of seven seconds over title contenders Anindith Reddy from Hyderabad and Karminder Singh. The latter stormed through the pack and set the fastest ever lap record of 2:26.644s by a racing-prepped Vento and took the chequered flag ahead of Ishaan Dodhiwala and Anindith Reddy in the second race.

Although Bolisetti held off the charging Dodhiwala to take his second win of the weekend, it proved to be too little too late for the movie star as the consistent Anindith Reddy did just enough to clinch the title by finishing third.