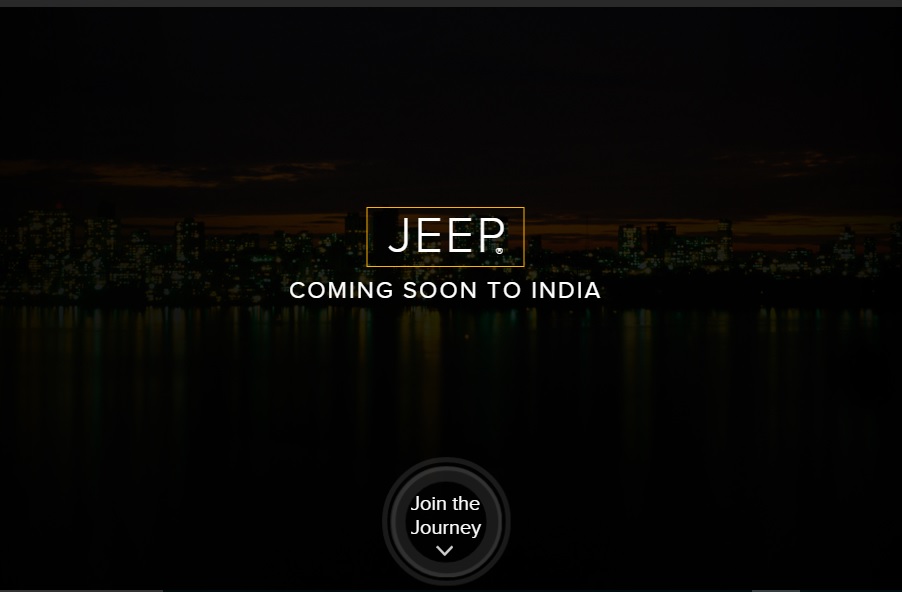 The Fiat Chrysler Automobile (FCA) owned legendary SUV brand, Jeep, will officially debut at the approaching Auto Expo 2016 in February. The American manufacturer has setup social media platforms and India-specific website lately and could introduce three of its iconic models for the Indian market by mid-2016.

The Grand Cherokee diesel, Grand Cherokee SRT and the Wrangler Unlimited are the models that have got the green light and gearing up to the Expo launch Jeep previewed the two latter SUVs for prospective buyers in Kerala. The off-roading specialists are rumoured to establish dealerships in Mumbai and Pune initially and the models are more likely to be sold via CBU route before rolled out of the brand’s Ranjangaon plant with a a C-segment SUV slated for production as well. With that facility, Jeep is speculated to nominate India as manufacturing hub for its right-hand-drive vehicles. 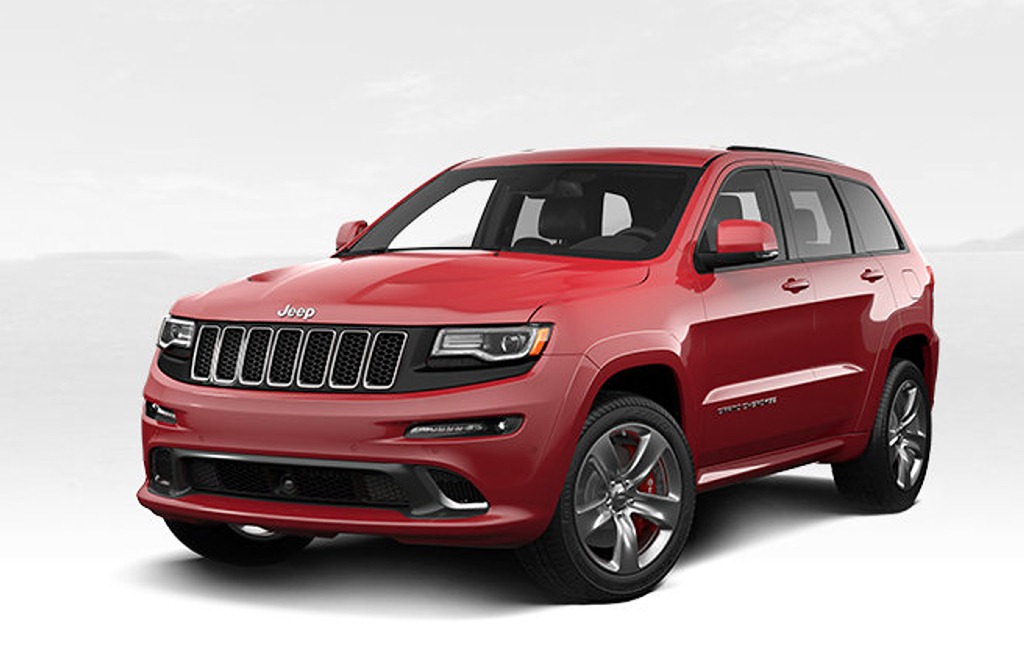 The Grand Cherokee SRT gets power from a massive 6.4-litre Hemi V8 engine that produces 475 bhp and 465 lb-ft of peak torque mated to an eight-speed shiftable automatic gearbox transferring power to all four wheels. It can do 0-100 kph in just 5 seconds and features 20-inch Vapour Chrome SRT alloy wheels with Pirelli rubber, blackened headlight inserts for its adaptive bi-xenon headlights, Eco Mode that deactivates four cylinders when not in use for better fuel efficiency, six-piston Brembo brakes, five dynamic driver setting modes including Sport and Track.

On the inside, unique leather seats, suede upholstery with carbonfibre touches on the dashboard, 7-inch TFT Driver’s display, an 8.4-inch Uconnect touchscreen with navigation, flat bottom-heated steering wheel with paddle shifters and a 19-speaker Harman Kardon sound system are offered among others. The Jeep Grand Cherokee SRT will go up against the likes of the BMW X5 M and is more likely to be priced around Rs 1.4 crore. 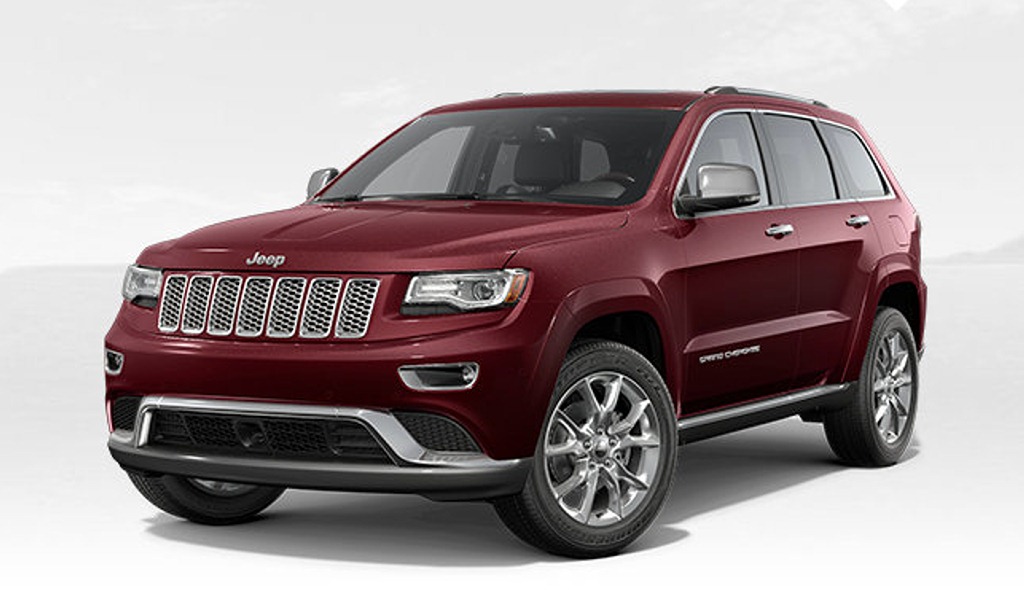 The Grand Cherokee diesel could be offered in Summit top-of-the-line trim, at least initially. The equipment list contains keyless entry and go, USB and aux-in ports, panoramic sunroof, heated and ventilated seats, an electric tailgate, a heated steering wheel, sat-nav, Bluetooth connectivity, parking sensors, reversing camera, etc. The Cherokee diesel sits on 20-inch chrome alloy wheels and has bi-xenon adaptive headlights. It will be powered by a 3.0-litre diesel mill churning out 237bhp coupled with an eight-speed ZF automatic transmission and a more powerful 3.6-litre unit can also be expected. 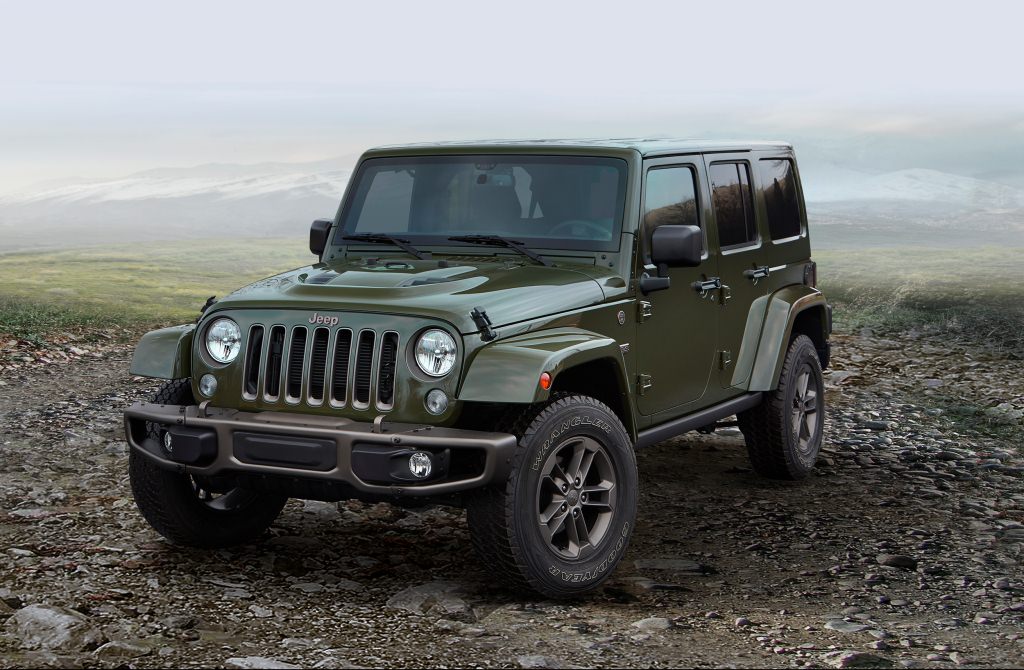 The Wrangler SUV, to be revealed in India initially, will be the long wheelbase Unlimited 4-door model. The rugged off-roader will feature a 2.8-litre diesel unit pumping out 197bhp and comes mated with a five-speed automatic gearbox. The Wrangler Unlimited could carry a price tag of Rs 40 lakh. The Wrangler with 3.6-litre Pentastar V6 engine generating 285PS of power and 352Nm of torque could also be introduced in a later time.