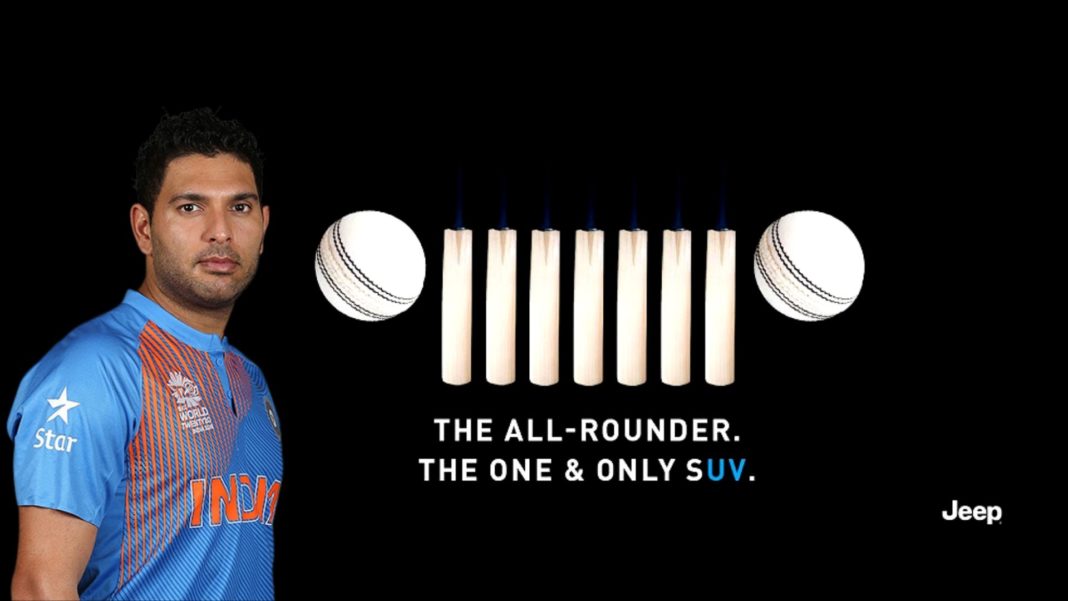 Jeep’s Indian subsidiary has offered best wishes to the popular Indian cricketer Yuvraj Singh with an image that says “The All-Rounder. The One & Only SUV”

Recently, Yuvraj Singh, the popular 37-year old Indian cricketer, announced his retirement from all forms of international cricket. While several thousands of fans and even fans poured in their wishes for the new innings of the cricketer. As per an image released by the company, the new vehicle will be “The All-Rounder. The One & Only SUV.”

Among the Indian cricketers, Yuvraj Singh is considered an all-rounder that offers amazing batting skills, good balling techniques and decent fielding prowess. Launching a tribute to the Indian cricketer, Jeep India has said that its Compass small SUV, which is the largest selling product in its line-up, has similar attributes.

Internationally, Yuvraj Singh has participated in over 40 test matches, 304 one-day international matches, and a massive 58 T20 matches from 2000 to 2017. The popular cricketer made his public debut in a match against formidable rival Australia at Nairobi, Kenya, in ICC Knockout 2000.

The popular Indian cricketer has is touted as one of the best white ball cricketers around Yuvraj Singh has retired as the country’s seventh highest run-scorer with a total ODI tally of 8,609 runs, with an average run score of 36.47, with as many as 14 centuries and 52 half-centuries scored so far.

So far, popular Indian cricketer, Yuvraj Singh has scored over 27 Man of the Matches and has performed his best in the 2011 World Cup. He was among the best players in 2007 T20 tournament. Back in 2017 World T20 in South Africa, the Indian cricketer hit a 12-ball half century when playing against England.