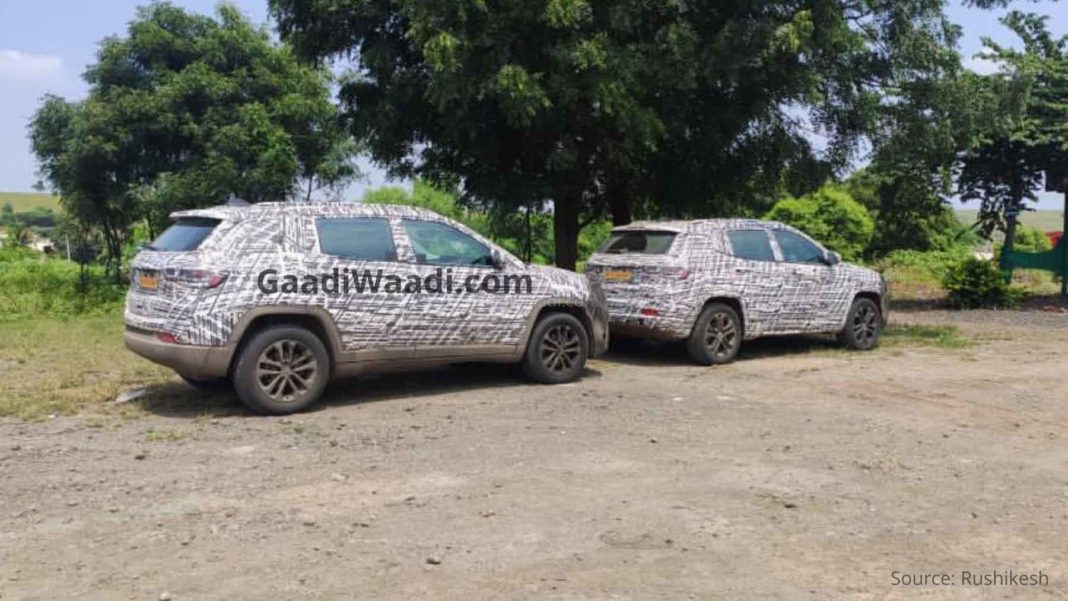 Jeep India has widely been reported to be working on the facelifted Compass, a three-row UV based on the Compass and a compact SUV that will become the most affordable model from the brand. The Compass has been the long standing model for Jeep in India and relying on a single product for garnering sales volumes has certainly hurt the American SUV specialist in recent times.

The mid-life revision to the Compass is expected to arrive sometime early next year and it will likely help in reaching out to more customers as cosmetic updates and cabin changes are in the pipeline. In the later part of 2021, Jeep could introduce the three-row version of the Compass as the seven-seater appears to be pitched against Toyota Fortuner, Ford Endeavour and Isuzu MU-X.

The seven-seater Jeep Compass could be christened the Grand Compass and it goes by the codename Jeep Low D or Jeep 598. The test mule of the three-row Compass has been caught on camera alongside the facelift Compass as its bigger proportions are evident from the spy picture in India. It may get a longer rear overhang to accommodate the final row of seat. 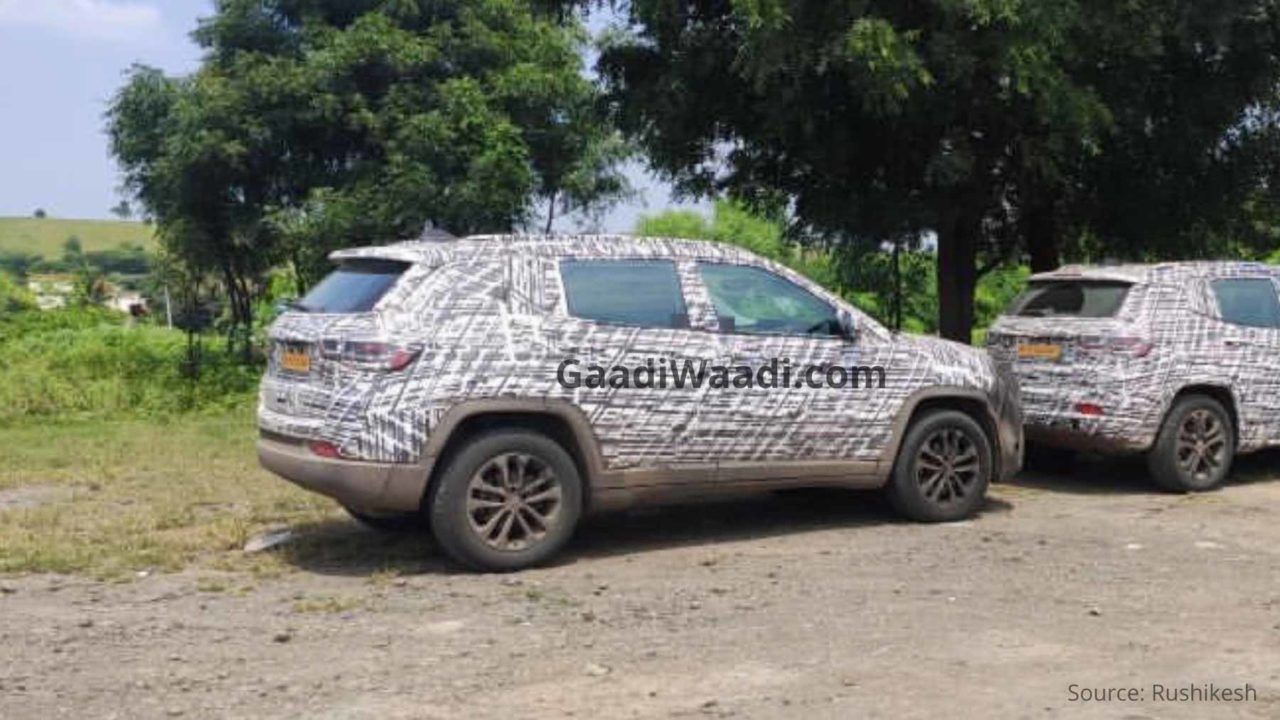 Besides what looks to be a stretched-out rear section in the picture, the prototype standing at the back has a more prominent body cladding all around and they are shod on similarly styled wheels. The 2021 Jeep Compass could adopt redesigned seven slated front grille, sharper headlamps, revised bumper and new fog lamp housing along with updated to the rear as tall pillars and raked windshield will be carried over.

The cabin will gain a slew of upgrades as a tablet-shaped touchscreen infotainment system with Apple CarPlay and Android Auto connectivity, latest UConnect tech, usage of more upscale materials, revised dash and centre console could be available.

In India, the Jeep Grand Compass could be powered by the 2.0-litre MultiJet II four-cylinder diesel engine developing 170 PS maximum power and 350 Nm of peak torque. In the existing compass, it is mated to either a six-speed manual or a nine-speed automatic transmission. Expect the price range to hover around Rs. 26 lakh to Rs. 32 lakh (ex-showroom).