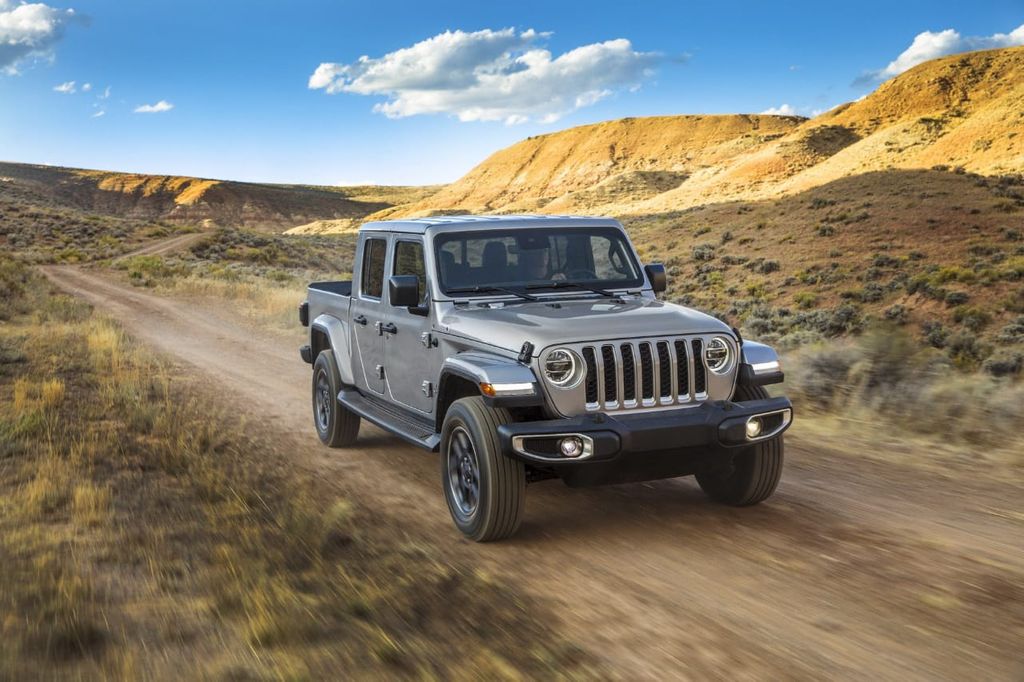 When you see a pickup truck, the first thing that comes to the mind is the load carrying capacity, and that’s what a pickup truck is designed to do. So when someone recently tried to achieve a high-speed record for the Jeep Gladiator, our hopes were pretty much negligible, to a tune that we almost moved ahead to a new video.

However, if there are any marks for an effort, we would give an A to the owner of this Jeep Gladiator who recorded a video of him trying to hit a high speed in the Gladiator Pickup truck. His sheer willingness to go for such an attempt has to be given credit and here is what really unfolded:

Powered by a 3.6-litre engine producing 285 hp power and 352 Nm torque, one would expect him to at least hit 200 kmph, that too at the Utah desert, known for many world famous land speed record attempts. Sadly though, the owner could only hit a max speed of 156 Kmph that too after putting in a lot of effort.

The 2020 Jeep Gladiator in the video hits 112 kmph speed before the acceleration slows down. At 128 kmph, the Gladiator is eventually crawling and then maxes out 156 kmph. The video can be forwarded to 6:17 minutes to skip the unimportant bits.

That being said, the Gladiator packs a lot of low end torque needed for essential work like towing, and off-road adventuring, things a pickup truck is supposed to do. And that’s exactly why nobody gives a heed about the truck’s speed.

A lot of people though are not happy with Gladiator’s standard engine and want to get it replaced with something powerful and fast. Hennessey, the famous aftermarket tuner is offering one called the Maximum 1000 producing 1,000 horsepower.