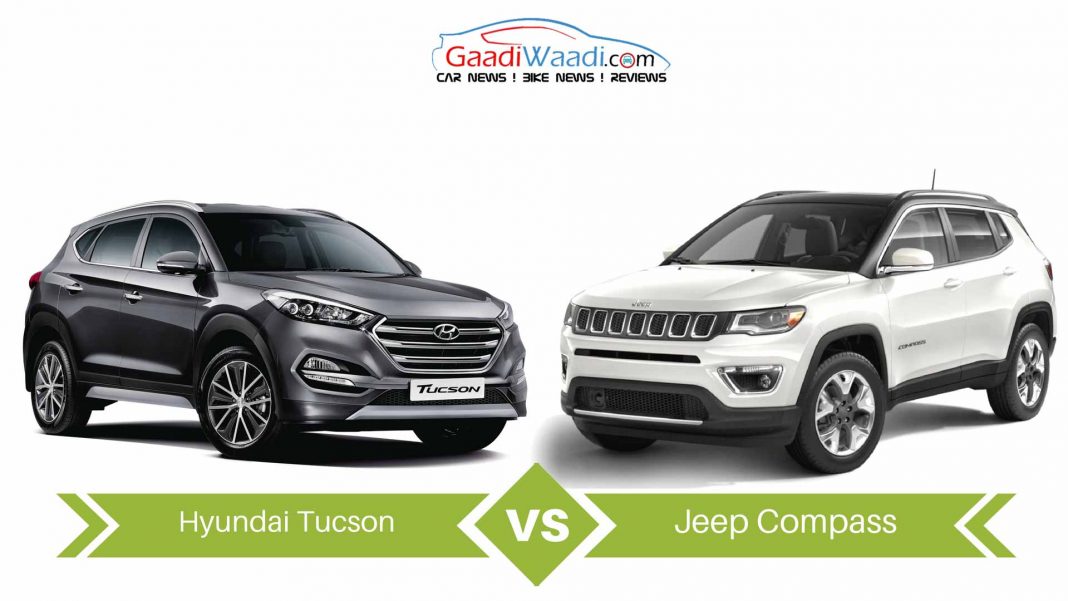 The second largest automaker in the country introduced the Tucson more than a year after its global debut in Geneva. In response to addressing the latest trend of SUVs and crossovers, the latest generation Tucson made its re-entry into India following its discontinuation in 2005 and to bridge the gap between Creta and the flagship Santa Fe.

The Jeep Compass, on the other hand, has replaced the Patriot in some markets and is a global SUV responding to the demands of emerging markets. The price conscious buyers in the premium range below the luxury market have occupied the major portion as target audience for the Compass. Thus, the value-for-money prospects are essential for a long-term sales growth.

The Tucson and Compass are the closest competitors in our market and they are kind of standalone in a niche segment. While the Compass is the most affordable yet from the American SUV specialists, the Tucson can hit the sweet for those wanting to own a Hyundai SUV that is substantially less expensive than the Santa Fe. With the Compass launched at a nail-on-the-head price range, our comparison will give you an in-depth look into what’s up for grabs:

The Jeep Compass’ styling is inspired by the compact Renegade with angular elements while the contemporary design is in-line with the Grand Cherokee. With a bold stance, the Jeep Compass SUV has tapered headlamps, omnipresent seven-slated Jeep grille and aggressive front bumper with fog lamps. 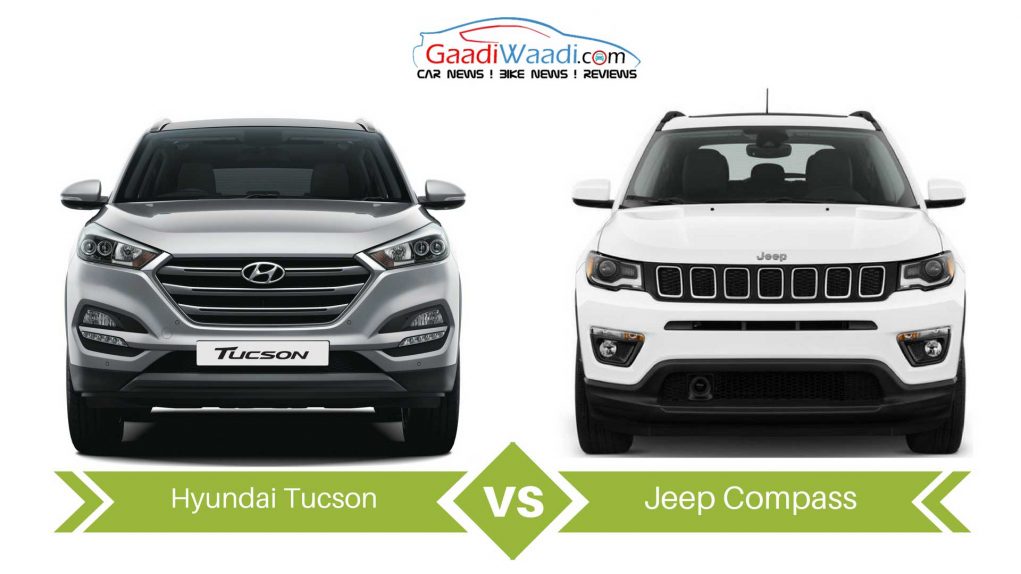 A large set of 17-inch alloy wheels are found underneath the squared wheel arches. The side profile has salient character lines while the horizontal tail lamp cluster with LED lights, integrated roof spoiler and a dual exhaust system inspired from the F22’s exhausts and SR-71 chimes enhance the overall presence.

Courtesy of its prominent hexagonal front grille flanked by the flowing dual-barrel LED headlamps that continue till fenders and heavily sculpted sides, the Tucson is a crowd gatherer in many respects as it is a bit of a looker with its curvier roofline and longer bonnet. The sloping roofline renders a sport coupe stance and has sleeker horizontal lines to up its overall profile with a sturdier stance. 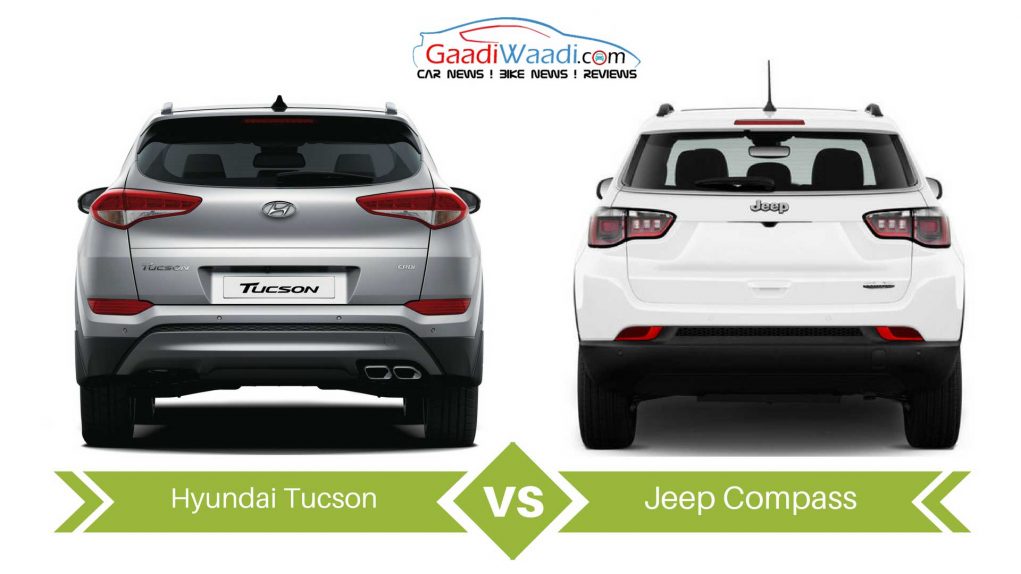 It gets 18-inch diamond-cut alloy wheels, sharp character lines, side body cladding, blackened glass area and turn indicator integrated ORVMs. Incorporating Hyundai’s latest Fluidic Sculpture 2.0 design language, the rear portion sports wider taillamps, roof spoiler, shark fin antenna, muscular bumper and skid plate among others. In terms of looks, the Compass does feel like a blue-blooded SUV but the Tucson has all the charm and class of a modern crossover. Both take different styling routes but are effective in their own ways. 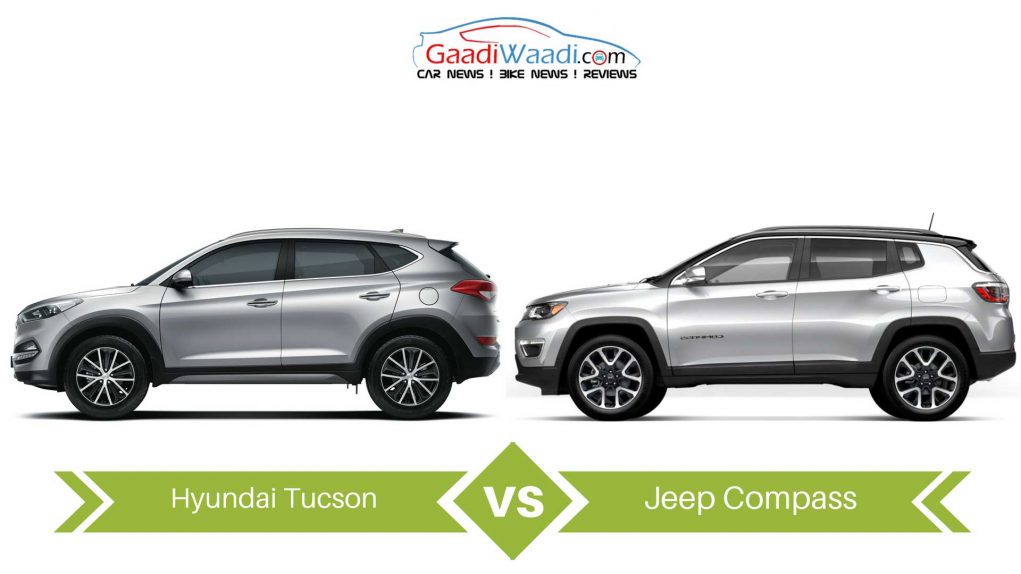 Acting as a successor to the previous-gen Compass and Patriot in foreign markets, the Compass is 4,447 mm long, 1,651mm tall and 1,813 mm wide. Built on the same small, wide 4×4 platform as the Renegade, it has a wheelbase of 2,634 mm for spacious interior and comfort of the occupants. The Jeep Compass gets Frequency Sensitive Damping (FSD) system for better ride quality and MacPherson front suspension.

It has a ground clearance of 178 mm and it bodes well for taming some interesting unpaved off-roading paths. With 60:40 rear seat split arrangement available across all variants of the Jeep Compass SUV, its luggage capacity comes at a highly appreciable 410 litres at the back that can be extended to 710 litres when rear seats folded down.

Over to its main rival Hyundai Tucson, the five-seater Tucson measures about a wheelbase of 2,670 mm; 4,475 mm in length; 1,850 mm in width and 1,655 mm in height with fuel tank capacity of 62 litres and generous bootspace of 513 litres. In comparison, the Tucson comes out superior as it has 36 mm more wheelbase and is 28 mm longer and 37 mm wider allowing for better cabin space. It is 4 mm taller and has 17 mm more ground clearance.

The Jeep Compass extracts power from a 2.0-litre four-cylinder turbocharged Multijet II diesel motor which is good enough for 173 PS and 350 Nm peak torque, and is mated to a six-speed manual transmission. This engine will be available in both 4×2 and 4×4 configurations while a nine-speed automatic might be offered later. As for the petrol, the 1.4-litre four-cylinder MultiAir unit should deliver around 162 PS and 250 Nm and it comes connected with a six-speed manual and optional seven-speed dual-clutch automatic gearbox. 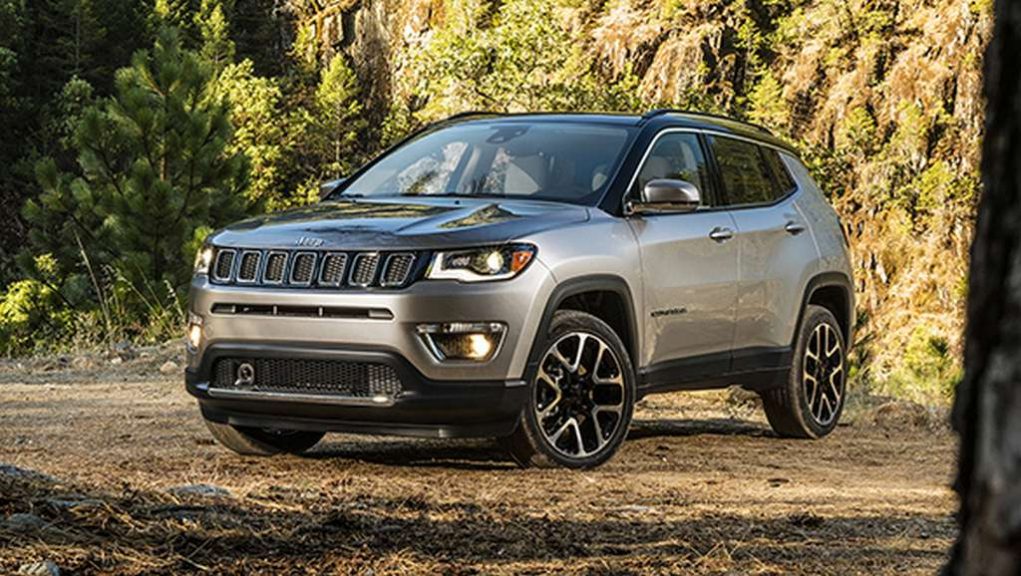 The engine utilises electro-hydraulic solenoids between the camshaft and the valve to achieve apt variable timing for efficient delivery of power while a low ratio 4×4 system with multiple selectable driving modes tackles different surfaces. Top-of-the-range variants will come equipped with dedicated four-wheel-drive system, and Selec-Terrain Traction Management system that optimises the Compass for different surface conditions. The top-spec models will also get differential locking system. 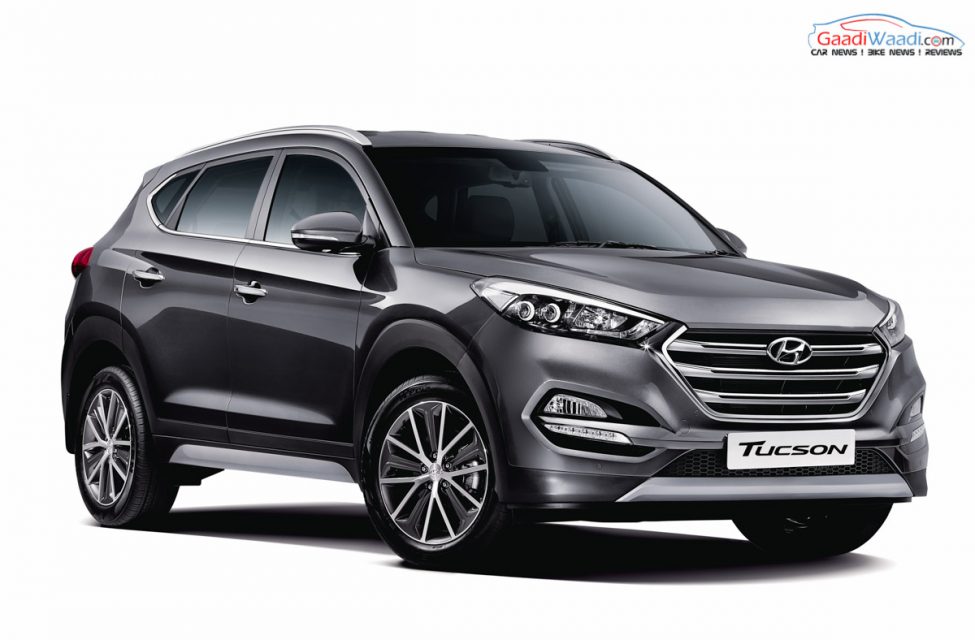 The diesel motor in Tucson makes 15 more bhp and 50 Nm torque than the oil-burner in Compass but the latter claws back the advantage in petrol power output as it is develops 5 bhp and 68 Nm additionally. With six-speed manual gearbox as standard, Compass offers dual-clutch seven-speed auto as opposed to Tucson’s six-speed AT but the presence of driver aiding techs and 4×4 system makes the Compass a clear winner here.

There is a conventional design with traditional instrument panel and a no nonsense a centre console with large multi-functional steering wheel from Jeep’s parts bin comprising accessible buttons and controls. Below a seven-inch touchscreen infotainment system is space for gear lever, air conditioning and four-wheel-drive controls.

Some versions of the Compass gain dual-tone interior theme and several impressive design touches and good plastic and build quality to enhance the premium appeal. The front seats have sufficient thigh and back support while rear seat passengers get good amount of space and comfort with impressive head and leg room but there is no sunroof. 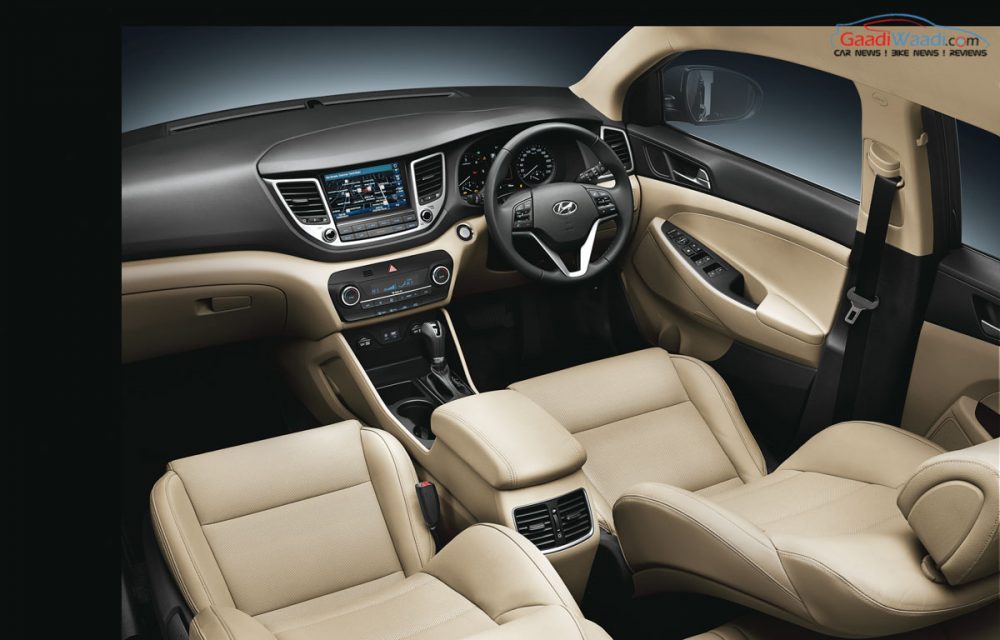 The interiors are not as awe-inspiring as the exterior design with a simply laid out dashboard split in to two parts. The cabin comprises of six-airbag system, powered tailgate that can be operated with a simple foot action of the owner, three-spoke multifunction steering wheel, horizontal air vents, traditional buttons and dials, etc.

Other main features are ventilated and heated seats, drive mode select, dual-zone climate control, keyless entry and go, electric parking brake, rear AC vents, an eight-inch touchscreen infotainment system with Apple CarPlay and Android Auto. Both Compass and Tucson are stuffed with features and it is hard to pick a winner here. If Mopar can bring in performance accessories, the exclusivity of Compass can pull major surprises.

The closest competitors in a niche premium segment will go head-to-head against each other with dissimilar price range because the Compass is priced very aggressively and with 5,000 confirmed bookings already you could certainly see who the winner is going to be. (all prices, ex-showroom Delhi) 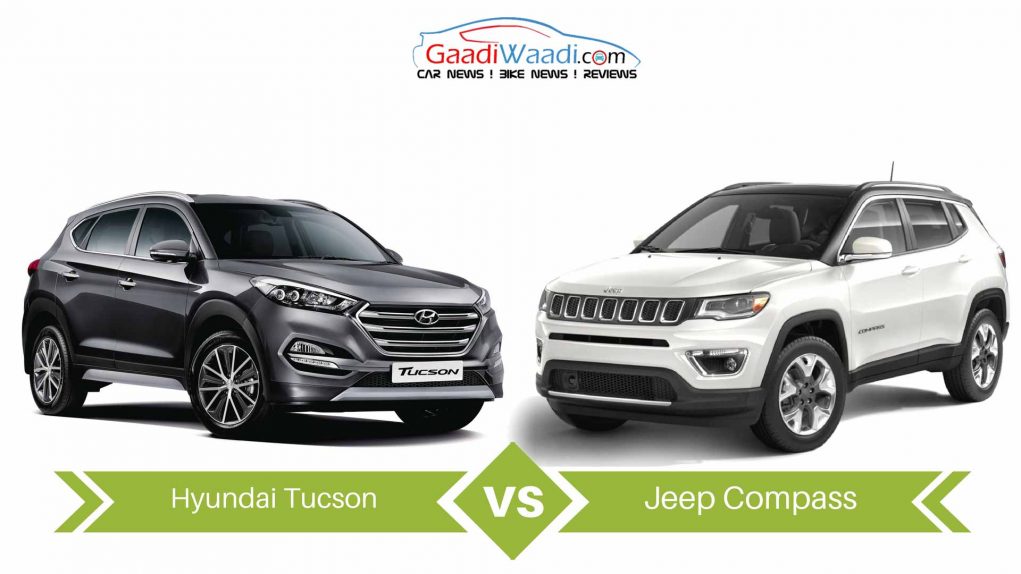 The biggest advantage, what we feel, Jeep has is its off-roading image and years of history in the international markets as a premiere SUV manufacturer. The Compass is the most affordable vehicle from the American stable and that makes a case for itself courtesy of over 65 percent local sourcing of components.

We often talk about the Compass sniffing at the market share of Toyota Innova or even the Nexa and XUV500, but the biggest threat will indeed come from the Hyundai Tucson. On paper, however, Compass has it covered with a stellar price range. 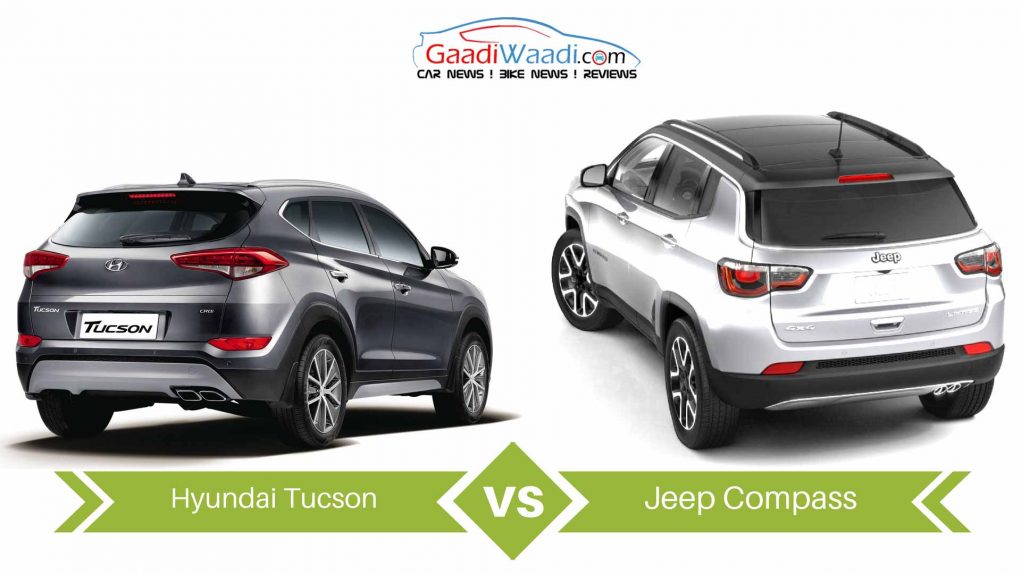 On average, its current sales is around 200-300 units but the Compass is getting better response right from the get go considering the buying interest. With loads of FCA’s renaissance and faith in India lies on the Compass, it is interesting to see the expansion plans the Italian-American conglomerate has with the Compass in India. But in this comparison, it is coming out as the winner!