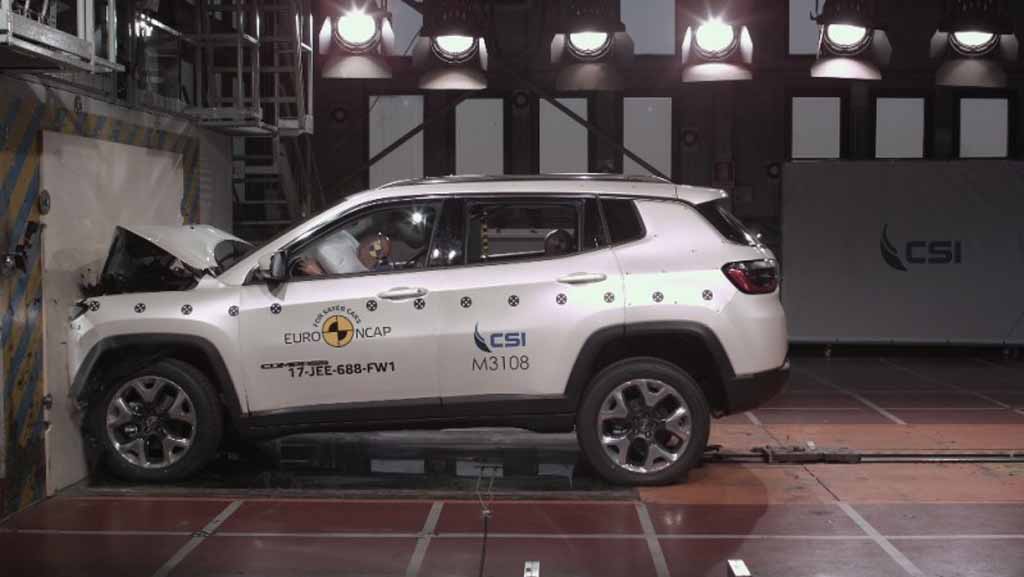 Jeep Compass has scored highest safety rating in Euro NCAP crash test program. The European market spec model has received 90% for adult safety protection and 83% for child safety protection making it one of the most protected cars for the occupants. The car tested there is left-hand-drive model and it is different from the RHD Compass available in Indian market.

The American SUV manufacturer claims that Compass SUV offers same safety level across the world. The LHD model crash tested by Euro NCAP had eight airbags compared to the RHD model available India that gets six airbags in the top-end trim. However, the body structure and crumple zones in the India-spec model are similar as the European market-spec model.

The India-spec Jeep Compass is equipped with rear ISOFIX points for child seats just like the SUV tested by Euro NCAP. During the front impact, passenger compartment of Jeep Compass remained stable protecting from the front occupants from serious injury. Also, the rear occupants face minimal impact in critical areas like chest and knees. During side impact test too, Jeep Compass has proved its effective protectiveness. 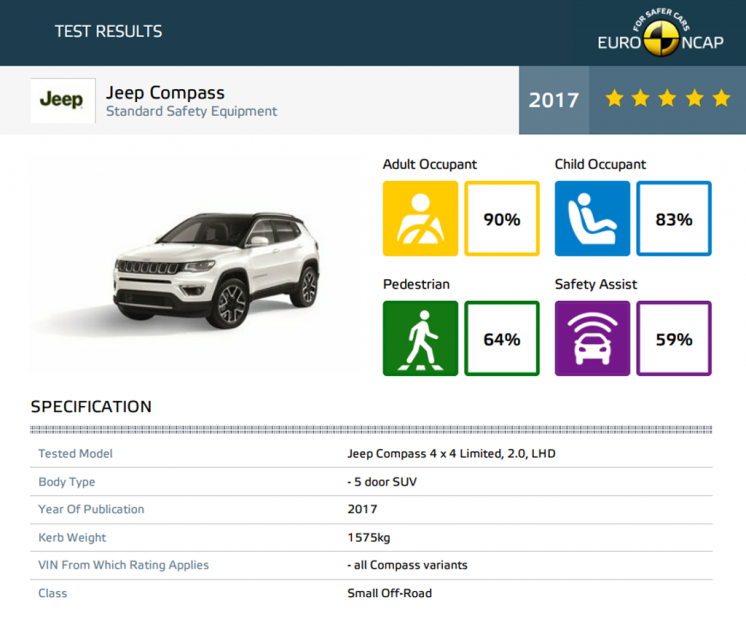 Jeep Compass is the most affordable SUV in India from the iconic brand. Priced between Rs. 14.97 lakh and Rs. 20.67 lakh (ex-showroom, New Delhi), it is available with a 1.4-litre petrol engine and a 2.0-litre diesel motor. The automaker has already received more than 10,000 units for the Compass and it is expected to see a sales surge during upcoming festive season.