Jeep has been extensively working on introducing a three-row version of the Compass, and camouflaged prototypes of the new SUV have been spied on test a host of times in the past now. While the SUV has been internally codenamed 598, Jeep is expected to name it ‘Commander’.

While Jeep is yet to confirm its name, a recently released teaser makes us believe that it will be named Commander. The teaser video revealed some important details about the upcoming 7-seat SUV’s design. Coupled with all the information and spy shots so far, the teaser has helped KDesign AG create a rendering of what the car could end up looking like, take a look –

The seven-slot grille seems to have been carried over as it is from the Compass facelift, and so are the headlamps. The bonnet of the Commander looks longer and flatter as compared to the SUV it is based on, while the nose of the car also looks flatter. The bumper is also slightly redesigned, in order to help it distinguish itself from the Compass. 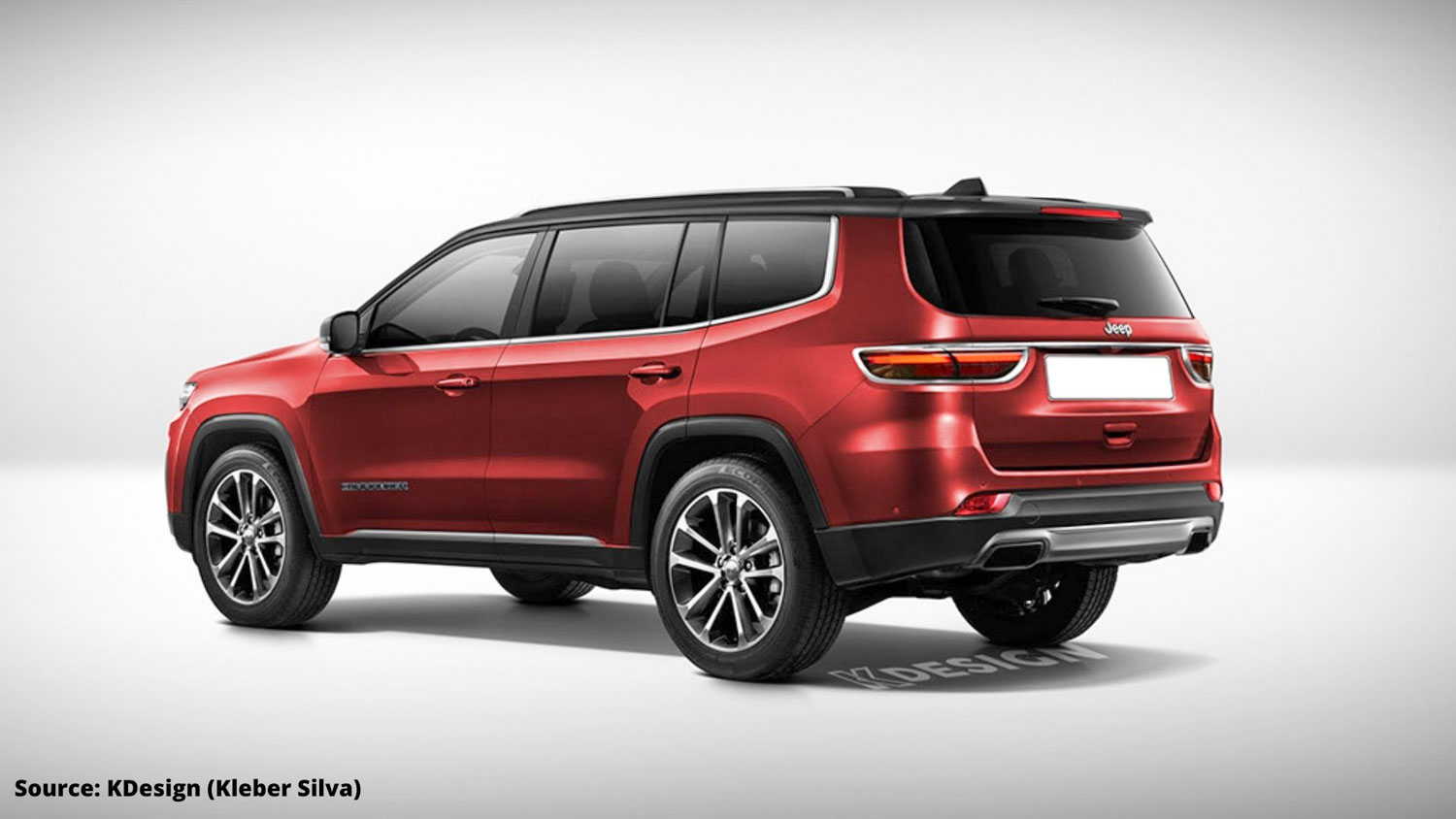 Moving to the sides, the roofline has also been made flatter at the end in order to provide extra headroom for third-row passengers. The square wheel arches have been carried over, but the Commander is expected to get bigger wheels as compared to the Compass. The Commander badging can be seen on the lower portion of the front doors.

At the rear, the Commander features slim wraparound tail lamps that are surrounded by a chrome embellishment. A thin chrome strip is also added in the middle of the tailgate, connecting the taillights. The rear-end looks much flatter than the 5-seat Compass. The car also gets a skid plate, as well as dual exhausts.

While the Commander will carry over Compass’ equipment, it could actually get more powerful petrol and diesel engines which will help it give competition to the likes of the more premium Toyota Fortuner, Ford Endeavour, Mahindra Alturas G4 etc.