The upcoming 7-seat Jeep SUV has been spied testing on foreign roads once again, this time in near-production form

American SUV manufacturer Jeep has been developing a new three-row SUV, based on the Compass, for quite a while now. This upcoming SUV has been spied multiple times on international roads, and is expected to debut during the second half of this year. Here, we have another set of spy pictures, clicked recently in Brazil, which show the vehicle in near-production form.

Internally referred to as ‘Project 598’ and ‘Low D’, this upcoming Jeep 7-seat SUV shares its platform with the Compass. However, it seems to be much larger in dimensions, not just in length, but in width and height as well. The wheelbase also seems to be longer, to liberate more cabin space and better accommodate the extra row at the rear.

The manufacturer had previously stated that this new SUV won’t just be a stretched-out Jeep Compass, rather it would be a different vehicle with a unique identity. As such, we expect some big changes in the design as well. The vehicle wears a full-body camouflage in these pictures, so it cannot be confirmed here. Test mule seems to have a production-ready body, save for the taillights. 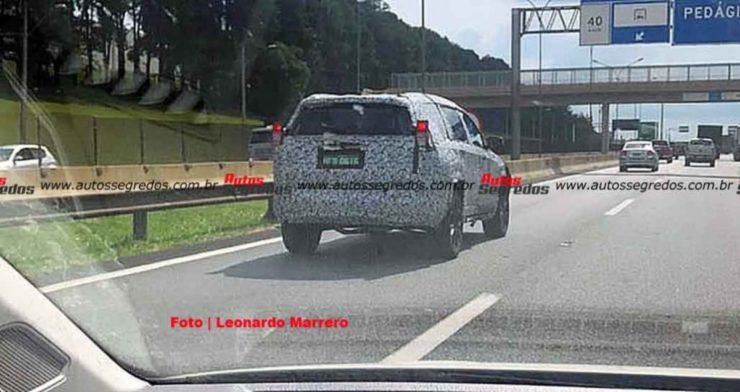 As for the interior, we expect this upcoming SUV to share a lot of design elements with the 2021 Compass (facelift model), to keep the development costs in check. The vehicle will likely get a 12.3-inch touchscreen infotainment system and 10.25-inch digital instrument console as well. The production name of this 7-seat SUV will be revealed on 4th April 2021.

This upcoming Jeep 7-seat SUV will make its way to the Indian market as well, likely during the second half of 2021. According to reports, it will have a more powerful, twin-turbo version of the 2.0-litre Multijet II diesel engine. This motor is expected to generate close to 200 PS of peak power and more than 400 Nm of maximum torque. 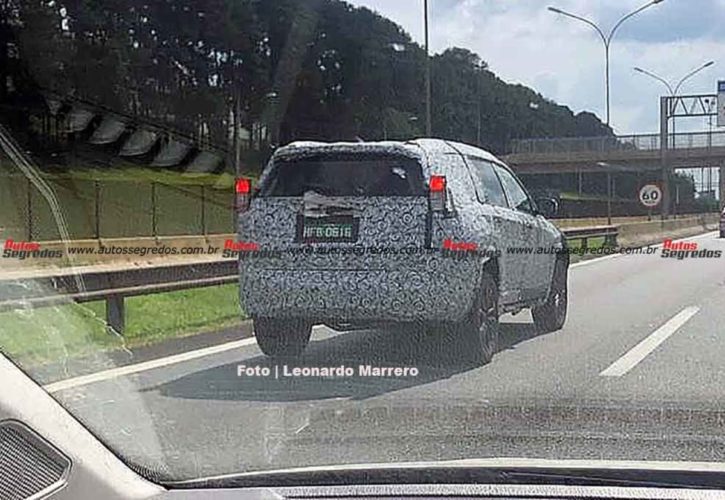