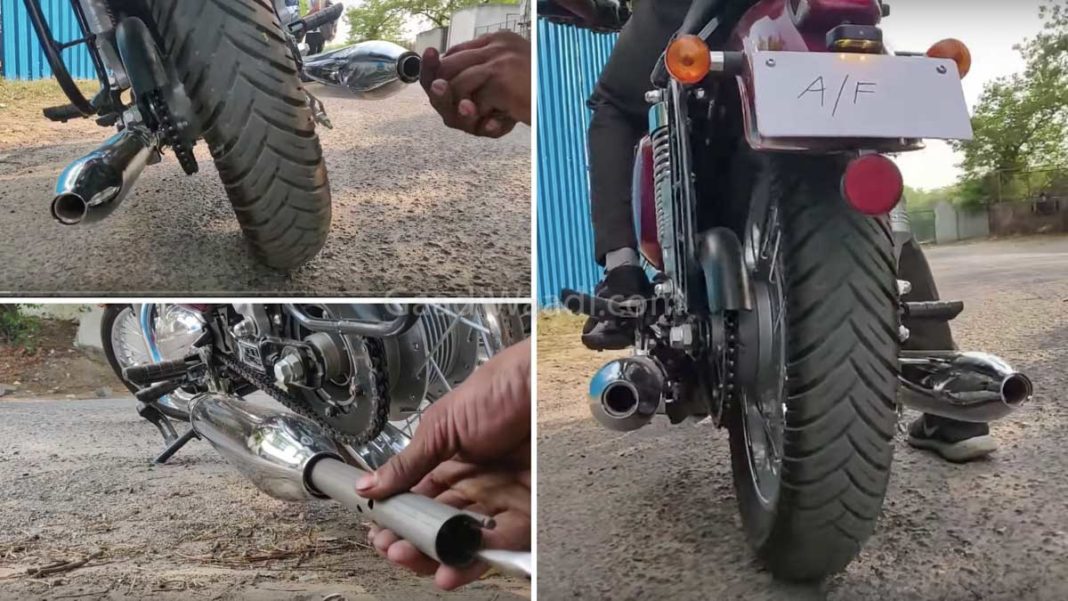 That said, recently a new video of a Jawa classic has emerged on the internet where you can watch the owner modified the motorcycle’s exhaust for a more bass-ier and aggressive sound. If you watch the video closely you will realize that this retro-styled motorcycle’s modified exhaust note surely has improved the thumping of the motorcycle.

In this video, you can watch the mechanic removes the baffle also known as the DB (decibel killer) killer with basic tools and repositioned them inside the exhaust pipes to change the exhaust note of the motorcycle. There is no doubt in the fact that this will definitely be the first change that most of the owners will make to their motorcycle after they receive the delivery.

The prices for the Jawa 42 starts from Rs 1.55 Lakh onward whereas the Jawa is priced at around Rs 1.63 Lakh (both prices ex-showroom). Both the motorcycle is powered by the same 293cc, four-stroke, single cylinder unit that makes about 27 Bhp of peak power and 28 Nm of peak torque. The engine is paired with a 6-speed gearbox. Both the Jawa motorcycles feature a single channel ABS as standard but there is also an option of a dual channel ABS.