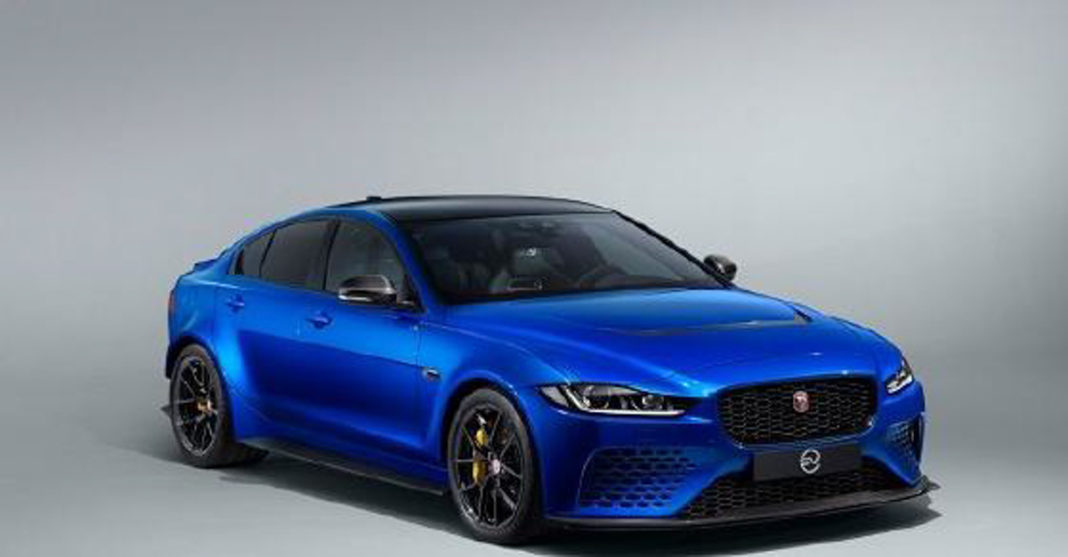 Jaguar Land Rover’s Special Vehicle Operations division has revealed a more road-focussed version of the XE SV Project 8 that recorded the fastest lap for a sedan in late 2017. The latest toned down version comes equipped with a new rear wing and it produces a maximum power output of 600 PS.

The new touring specification XE SV Project 8 can be bought in the international markets alongside the existing Project 8 derivatives that are capable of reaching a top speed of 320 kmph. It holds production lap record for sedans not just at the gruelling Nurburgring Nordschleife known as the Green Hell, America’s famous Laguna Seca and Dubai Autodrome.

The major change in the Touring model is the presence of passive spoiler as it replaces the adjustable carbonfibre made aero wing that generates well over 122 kilograms of downforce when topping at 300 kmph in the Track mode tuned for hardcore driving within the track limits. It is accompanied by a rather straightforward fixed front splitter for aerodynamic balance. 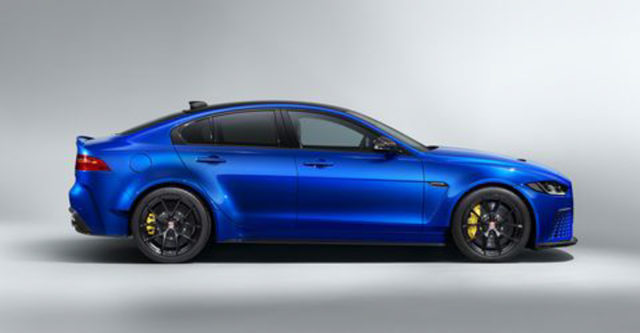 Jaguar’s SVO division claims that the Project 8 with Touring Spoiler retains “extraordinary level of on-road performance and driver engagement for a sports sedan”. Judging by the performance, you would not think otherwise as the 5.0-litre supercharged V8 engine helps in reaching zero to 100 kmph in just 3.7 seconds.

The top speed is electronically limited to 300 kmph. To maintain its exclusivity and discreet appearance, Jaguar Special Vehicle Operations will only produce 15 units of the Project 8 with Touring Spoiler and each will be hand assembled at the Technical Centre in Warwickshire. Endorsed as the ultimate Q car with the absence of body decals, Jaguar SVO has made the sports sedan available in Valencia Orange, Velocity Blue, Corris Grey Satin and British Racing Green paint schemes exclusively in the four-seater configuration.